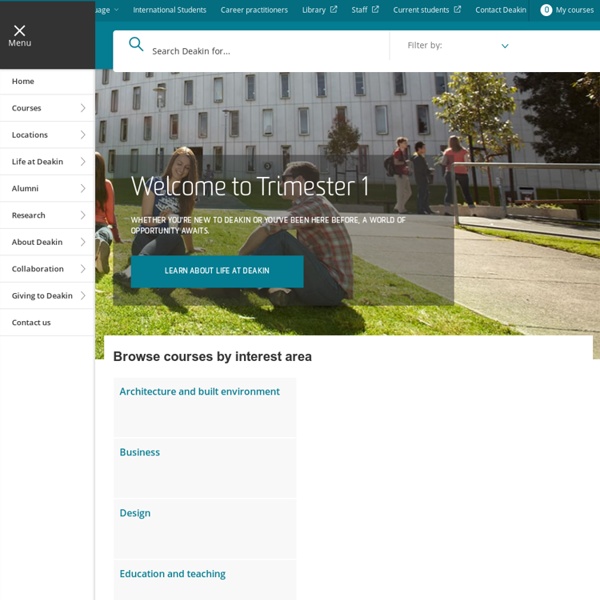 Eric Mazur on new interactive teaching techniques In 1990, after seven years of teaching at Harvard, Eric Mazur, now Balkanski professor of physics and applied physics, was delivering clear, polished lectures and demonstrations and getting high student evaluations for his introductory Physics 11 course, populated mainly by premed and engineering students who were successfully solving complicated problems. Then he discovered that his success as a teacher “was a complete illusion, a house of cards.” The epiphany came via an article in the American Journal of Physics by Arizona State professor David Hestenes.

Don’t Lecture Me: Rethinking How College Students Learn Flickr:AllHails At the star-studded Harvard Initiative on Learning and Teaching (HILT) event earlier this month, where professors gathered to discuss innovative strategies for learning and teaching, Harvard’s professor Eric Mazur gave a talk on the benefits of practicing peer instruction in class, rather than the traditional lecture. The idea is getting traction. Here’s more about the practice. By Emily Hanford, American RadioWorks Masters in Oceanography Entry requirements Typical entry requirements Entry requirements Graduates in any scientific discipline are eligible to apply for MSc Oceanography, although it is desirable that you have a strong background in at least one of the following:

9 Characteristics Of 21st Century Learning The label of “21st Century learning” is vague, and is an idea that we here at TeachThought like to take a swing at as often as possible, including: –weighing the magic of technology with its incredible cost and complexity –underscoring the potential for well thought-out instructional design Biological Sciences: Limnology and Oceanography Loading video.. From tropical marine biology to wetlands ecosystems Water covers about 70% of our planet and sets it apart from every other planet we know. Water plays an important role in the global climate and is a source of food, minerals, energy and recreation. Swinburne staff warned of job cuts as universities' COVID-19 woes grow "As a result of COVID-19, Monash has faced its largest annual reductions in revenue in the university’s history, and it is likely that next year will be worse," vice-chancellor Margaret Gardner said. Staff at Monash are being urged to sign up to a union-negotiated framework involving temporary pay cuts of up to 15 per cent to avoid widespread job losses. Swinburne vice-chancellor Professor Linda Kristjanson told staff the university had “initiated consultation on voluntary redundancies” but could not rule out forced redundancies. Related Article

The Connected Learner in a PLE We are all learners. We are connected to each other and innovative learning experiences that we never thought were possible before. It doesn't matter how old you are, where you live, and what you want to learn, you can connect to people, resources, and courses so you, the learner, can learn what you want when you want to. This means what we call "school" is different. Master - Tropical Ecology and Management of Natural Resources Studieavdelingen The importance of conservation and sustainable use of the biological diversity is currently internationally recognised, for instance through the Convention on Biological Diversity (CBD), signed by more than 170 countries. The CBD obliges nations to ensure conservation of biodiversity, sustainable use of it, and equitable sharing of all benefits arising from its use. The students in this degree programme will gain knowledge, which would be relevant to the sustainable management of biological resources in a variety of landscapes ranging from agro-forest, semi-natural to natural ecosystems in the tropics. What can you use this qualification for?The education acquired opens doors for jobs in a variety of sectors.

Government briefing to allay universities' fears over foreign veto laws adds to uncertainty Australian universities could get the green light to strike deals with international counterparts under the Morrison government’s new foreign veto laws, only to have the agreements ripped up years down the track because “foreign policy considerations are not static”. As concerns grow within the higher education sector about the reach of a proposed bill giving Canberra the power to cancel international deals, Guardian Australia has learned that the Department of Foreign Affairs and Trade (Dfat) attempted to allay those concerns at a briefing for universities last week. University representatives raised fears at the briefing that the new laws could have a “chilling effect” on international research collaboration – given that Australia’s foreign affairs minister could initially allow an agreement to enter into force, only to veto at a later stage. Universities fear such wide discretion could erode international partners’ confidence to enter into negotiations with Australian researchers.