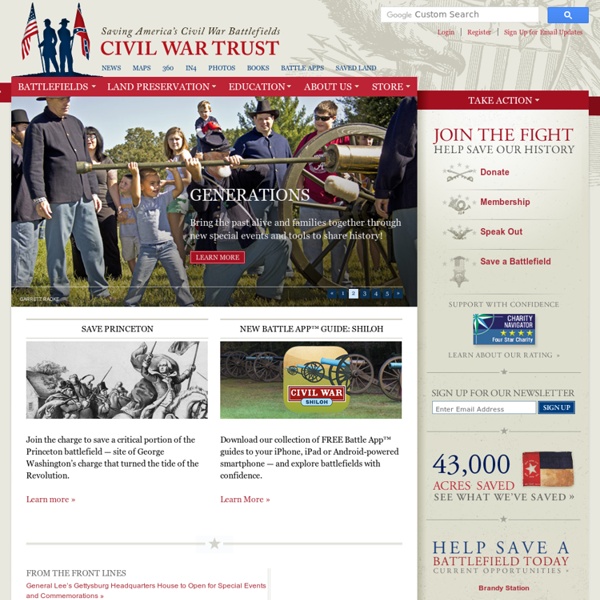 Whither the dream of the universal library? Scholars have long dreamed of a universal library containing everything that has ever been written. Then, in 2004, Google announced that it would begin digitally scanning all the books held by five major research libraries. Suddenly, the library of utopia seemed within reach. Indeed, a digital universal library would be even better than any earlier thinker could have imagined, because every work would be available to everyone, everywhere, at all times. The Civil War . The War The Civil War was fought in 10,000 places, from Valverde, New Mexico, and Tullahoma, Tennessee, to St. Albans, Vermont, and Fernandina on the Florida coast. More than 3 million Americans fought in it, and over 600,000 men, 2 percent of the population, died in it. American homes became headquarters, American churches and schoolhouses sheltered the dying, and huge foraging armies swept across American farms and burned American towns.

Discovering The True Cost Of At-Home Caregiving Hide caption Maryland resident Ida Christian, 89, began showing symptoms of Alzheimer's disease in 2009. Her condition demands around-the-clock care. Kainaz Amaria/NPR Hide caption Ida's husband of 42 years, Frank Christian Jr., passed away in 1990. "He was a man of few words, with no enemies, and she was a woman of a thousand words, with no enemies," says her son, Frank Christian III. "She lost her good buddy." History: American Civil War for Kids Back to History for Kids The American Civil War was fought between southern and northern states of the United States. The southern states didn't want to be part of the United States any more and decided to make their own country. However, the northern states wanted to stay one country. The South (Confederacy) When the southern states decided to break away, or secede, they made their own country called the Confederate States of America, or the Confederacy.

What is the DASH Diet Question: What Is the DASH Diet? Answer: DASH stands for Dietary Approaches to Stop Hypertension. It is a diet studied and endorsed by the National Institutes of Health. It was designed to prevent and manage hypertension or high blood pressure. It has similarities to the Mediterranean diet and the diabetes exchange list diet. Websites for Kids Civil War Websites for Kids The Civil War for Kids » This is a website made for kids by kids of Mrs. Ten Web Search Tricks You Can Learn In Less Than Five Minutes In order to search the Web more effectively, there are a few basic skills that you need to learn to make your searches less frustrating and more successful. Here are the top ten basic Web search skills that you need to have. 1. Looking for a Specific Phrase? Use Quotation Marks Probably one of the number one things that has saved me some serious Web search time over the years is the simplest - and that's searching for a phrase by putting it in quotes.

The Civil War - September 17, 1787 When the delegates to what would become the Constitutional Convention met in Philadelphia in 1787, they had the task of creating a new framework of government which would be workable, reflected American republican ideals, and would be acceptable to the majority of constituencies. One major compromise was the counting of slaves as 3/5 of a person for purposes of allocating representation. Another compromise was the continuance of the slave trade for the next 20 years. March 6, 1820 - December 31, 1820 The first in a series of crises regarding the extension of slavery ended in 1820 with the Missouri Compromise, which admitted Missouri as a slave state and Maine as a free state in an attempt to maintain the balance of slave and free states.

The Art of Reverse Searching Most of us are accustomed to searching for things in forward gear; i.e., entering a query, moving forward to the search result list, and moving forward once more to pages that look like they will deliver what we are looking for. However, if we can look at our searches from another point of view, we can create search queries that have a reverse gear, so to speak. These kinds of searches can be very handy for finding certain kinds of information, or for backing out of those all too frequent dead-end searches. This is called reverse searching: deliberately re-engineering your search query to work backwards instead of forwards. Basically, reverse Web searching is similar to a reverse telephone look-up, in which you enter a telephone number and you get the name and address of the owner (in addition to potentially even more information).