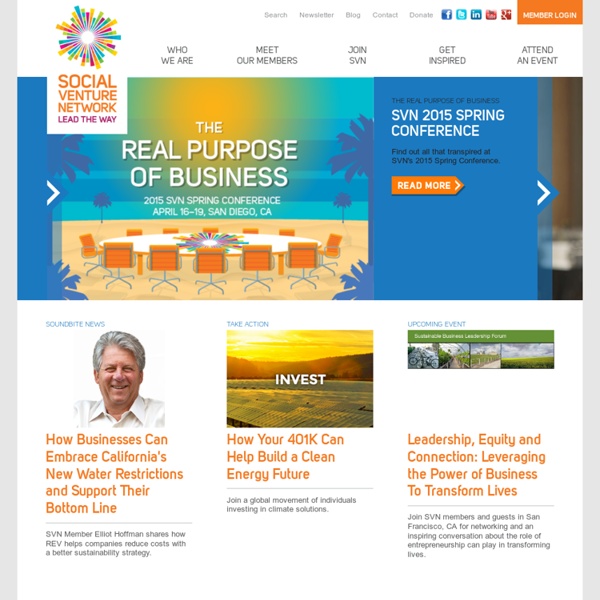 Does Debate about Social Impact Bonds Need a Shot of Realism? Those with a general stake in packaging and promoting social impact bonds are still waxing enthusiastic, creating an overwhelming din in some circles. Representative John Delaney (D-MD), at the Millennial Action Project’s Congressional Summit on Next Generation Leadership last week, reportedly said that social impact bonds, the subject of legislation that he and fellow Future Caucus colleague Todd Young (R-IN) have introduced, will “drastically increase the philanthropy ‘pie.’” Not many donors expect to benefit from rates of return of six percent to over twenty percent on their philanthropic investments, but that’s now where we are in the nonprofit world, with many people, including national legislators, unable to distinguish the nonprofit and for-profit sectors. Maybe Delaney’s vision of profit-making philanthropy explains some of the challenges nonprofits and foundations have in making their case for congressional action on tax incentives for charitable giving.

Do rents matter to startup hubs Following yesterday’s post about the factors behind cities like New York, London and San Francisco becoming startup hubs, a friend asked “let me gues — cheap rents?” In truth it’s the opposite; none of the cities cited as startup centres are cheap places to live or work and London is usually towards the top of the most expensive places on the planet. That rents aren’t a huge factor is possibly because the typical tech startup is a lean operation with a small team crammed into a crowded location. One suspects though there are limits to how much a business conserving its cash will pay — you don’t see many startups based in A-grade locations alongside big law firms and banks — and this may be the weaknesses of these big cities.

Climate Leaders Learn How to Measure and Lower GHG Emissions Throughout an Organization's Supply Chain » EPA's Center for Corporate Climate Leadership serves as a resource center for all organizations looking to expand their work in the area of greenhouse gas (GHG) measurement and management. The Center was launched in 2012 to establish norms of climate leadership by encouraging organizations with emerging climate objectives to identify and achieve cost-effective GHG emission reductions, while helping more advanced organizations drive innovations in reducing their greenhouse gas impacts in their supply chains and beyond.

16 Things I Wish They Had Taught Me in School I am 28 now. I don’t think about the past or regret things much these days. But sometimes I wish that I had known some of things I have learned over the last few years a bit earlier. Nonprofit giving, Effective nonprofits, Donate to charity, Causes, Trusted place for giving Support the nonprofits and fund the charitable causes you are passionate about. Donate, share, and be proud of your impact. Elaine helped support dairy farming education for the Maasai through the Poverty Fund. Martin helped support 500 new boat schools in Bangladesh through the Education Fund. Thomas L. Friedman History of the world twenty years from now, and they come to the chapter "Y2K to March 2004," what will they say was the most crucial development? The attacks on the World Trade Center on 9/11 and the Iraq war? Or the convergence of technology and events that allowed India, China, and so many other countries to become part of the global supply chain for services and manufacturing, creating an explosion of wealth in the middle classes of the world's two biggest nations, giving them a huge new stake in the success of globalization? And with this "flattening" of the globe, which requires us to run faster in order to stay in place, has the world gotten too small and too fast for human beings and their political systems to adjust in a stable manner? In this brilliant new book, the award-winning New York Times columnist Thomas Friedman demystifies the brave new world for readers, allowing them to make sense of the often bewildering global scene unfolding before their eyes.

Lectures: Bloom - Floating University What Compassion, Racism, and Sex tell us about Human Nature. PAUL BLOOM, Suzanne Ragen Professor of Psychology and Cognitive Science at Yale University Lesson Overview About Amplify The Amplify program is a five-year joint initiative between OpenIDEO and IDEO.org aimed at making international aid more collaborative and more human-centered. Through a series of 10 open innovation challenges, the Amplify program is helping to inspire, identify and support solutions to some of the world’s toughest development challenges. Instead of a typical grant application process, we’re sourcing solutions from thousands of social innovators, entrepreneurs, professionals and designers and using the OpenIDEO platform to collaboratively refine and strengthen these ideas. At the end of each challenge, a handful of ideas with application in the UK Department for International Development's 28 priority countries receive a total of up to $500,000 in funding and design support.

Offerings Challenges You Face Getting better at collaboration, innovation, learning, and decision makingShifting (or maintaining) culture, mindsets, behaviors, and resultsReducing friction around getting things doneMaking your organization a place where people thrive Your Underlying Questions How do we create a culture of accountability?How do we get people to stop being so territorial?

Screening Green Businesses Certification for Green Businesses Green America certifies businesses that are committed to using business as a platform for social change. Since 1982, Green America has evaluated over 8,000 small businesses. We've helped leading green companies like Seventh Generation, Honest Tea, and Clif Bar take off in the marketplace. We connect people to entrepreneurs building sustainable enterprises from the ground up and Main Street businesses that serve their communities. 5 Simple Ways to Increase Your Intelligence Your brain needs exercise just like a muscle. If you use it often and in the right ways, you will become a more skilled thinker and increase your ability to focus. But if you never use your brain, or abuse it with harmful chemicals, your ability to think and learn will deteriorate. Here are 5 simple ways anyone can squeeze a bit more productivity out of the old gray matter. 1.

Mercario Partnering With Mimetic Markets to Launch First Bitcoin Exchange in Honduras Honduran Mercario partners up with American Mimetic Markets to launch the first Bitcoin exchange in Honduras. Hosted by Mimetic Markets, freshly announced trading platform Mercario will allow users to trade Honduran lempiras, Brazilian reals and bitcoins on a robust and scalable system. In a company's announcement, Mimetic Markets CEO Sameer Parekh Brenn stated: "We're excited to be working with the team from Mercario. When we first met them, we were impressed with their interest in financial innovation, and as the relationship matured, we learned of their strong commitment to providing their local communities with all the benefits that crypto-currency technologies have to offer."