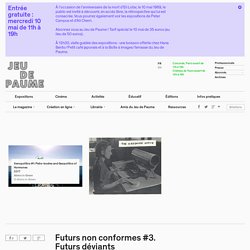 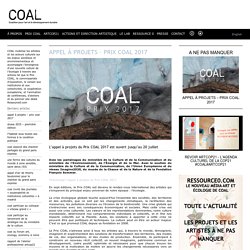 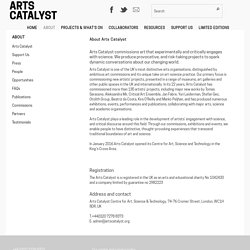 Seminar with Joe Smith and Renata TyszczukWednesday, 15 March 2017 Climate change is urgent and important, but also, for many, boring, difficult and confusing. 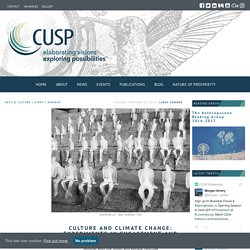 What kinds of stories, artworks and other interventions are being created in response to ‘the greatest challenge facing humanity’ — a challenge that is also apparently forgettable? Joe Smith (Professor of Environment and Society, the Open University) and Renata Tyszczuk (Senior Lecturer in Architecture, University of Sheffield) reflect on their experimental and interdisciplinary projects at the intersection of research, policy and cultural work on climate change.

Their recent joint projects include the Interdependence Day project (2005-2011, with the new economics foundation) and the current multi-partner AHRC Stories of Change project on past, present and future energy transitions. The Anthropocene Reading Group 2016-17. Coordinated by Will Davies, Richard Douglas and Nick Taylor, the Anthropocene Reading Group is meeting regularly to discuss some of the latest literature in the field. 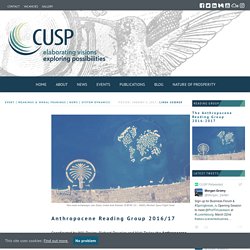 The reading relates to Goldsmiths’ work with CUSP, but is relevant to those interested in political economy generally, environmental politics and philosophy, and more. It is open to all – academics, non-academics, students – and no registration is required. Meetings will take place on Wednesdays at 4pm in the basement seminar room at the Political Economy Research Centre (PERC), 41 Lewisham Way, London, opposite the main Goldsmiths building (how to find Goldsmiths). Creative Carbon Scotland : Guidance on contributing to the environment connecting theme. Renewable Energy Can Be Beautiful™ – Artists & Climate Change. By Joan Sullivan. 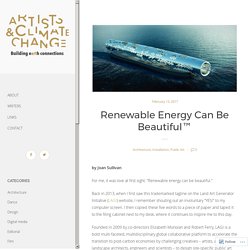 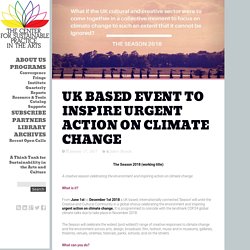 What is it? From June 1st to December 1st 2018 a UK based, internationally connected ‘Season’ will unite the Creative and Cultural Community in a global chorus celebrating the environment and inspiring urgent action on climate change. It is programmed to coincide with the landmark COP24 global climate talks due to take place in November 2018. The Season will celebrate the widest (and wildest!) Programme « Art Citoyen » pour collaborations franco-espagnoles entre artistes et scientifiques.

Agents in the Anthropocene. The symposium is organized based on a participatory perspective. 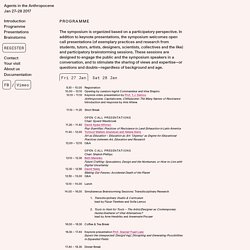 In addition to keynote presentations, the symposium welcomes open call presentations (of exemplary practices and research from students, tutors, artists, designers, scientists, collectives and the like) and participatory brainstorming sessions. These sessions are designed to engage the public and the symposium speakers in a conversation, and to stimulate the sharing of views and expertise—or questions and doubts—regardless of background and age. Agents in the Anthropocene. Productions et circulations des biens culturels (2016-2017) Qui sommes-nous ? - Association. ACT at MIT - MIT Program in Art, Culture and Technology (ACT) 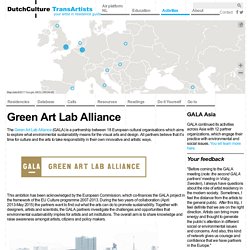 All partners believe that it’s time for culture and the arts to take responsibility in their own innovative and artistic ways. This ambition has been acknowledged by the European Commission, which co-finances the GALA project in the framework of the EU Culture programme 2007-2013. During the two years of collaboration (April 2013-May 2015) the partners want to find out what the arts can do to promote sustainability. Together with designers, artists and scientists, the GALA partners investigate the challenges and opportunities that environmental sustainability implies for artists and art institutions.

The overall aim is to share knowledge and raise awareness amongst artists, citizens and policy makers. The participating organisations have a variety of different profiles. Green Art Lab Alliance activities. Imagine 2020. Micro research - Martin Howse [Berlin] Micro_research is a mobile research platform exploring psychogeophysics and asking the question of where precisely the plague known as software executes. micro_research is active worldwide and is supported by workshops, performances such as: substrate.html and earthvoice.html, exhibitions and the sales of detektors, eurorack modules and the divinatory noise module series, aka. 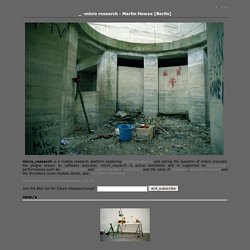 The Dark Interpreter. shop twitter soundcloud biography_and_CV new/s. The Crystal World v.02 Exhibition, London, 2012. The earthcodes project: substrate/shifting the site of execution. The shapes of the chasms themselves become "verbal roots" that spell out the difference between darkness and light. Poe ends his mental maze with the sentence — "I have graven it within the hills and my vengeance upon the dust within the rock. " [A Sedimentation of the Mind. Robert Smithson. 1966.] Substrate can refer to a (mined) semiconductor base which is later doped, etched, imprinted on with other minerals and materials within a complex industrial process to form an electrical logic gate, a processing unit, the core of the networked machinery which surrounds us. Substrate interfaces with code, yet this set of symbolic, lingustic and logical operations denies the being-substrate, just as the carrier of any signal is erased by the receiver.

Coal Fired Computers. Showman's Engine,AV Festival, YoHa 2010 A one-hundred year old, 18-ton showman's steam engine powers a computer with 2.5 tons of coal. Black lungs inflate every time a database record of miners' lung disease is shown on the computer monitors. It feels like you've been invited into a fun fair, but one where the rides log their own accidents – a fun fair run by people who long ago became indistinct from the machines they maintain. St Cecilia's Hall. The joint conference of the Galpin Society and the American Musical Instrument Society will be held in Edinburgh, 1st - 4th June 2017.

Creative Climate Leadership is a pan-European programme for artists, creative professionals and policymakers to explore the cultural dimensions of climate change, and take action with impact, creativity and resilience. Through a series of events, policy labs, flagship training courses and an alumni network, the programme will put culture at the heart of the international response to climate change. Find out more The first Creative Climate Leadership Training Course will take place 27 – 31 March 2017 in Wales, UK. Deadline : 9th December 2016 - Call for Artists / Joya: arte + ecología International Residency, Spain – The CSPA. 51 Shades of Green: Action in the Arts conference report.