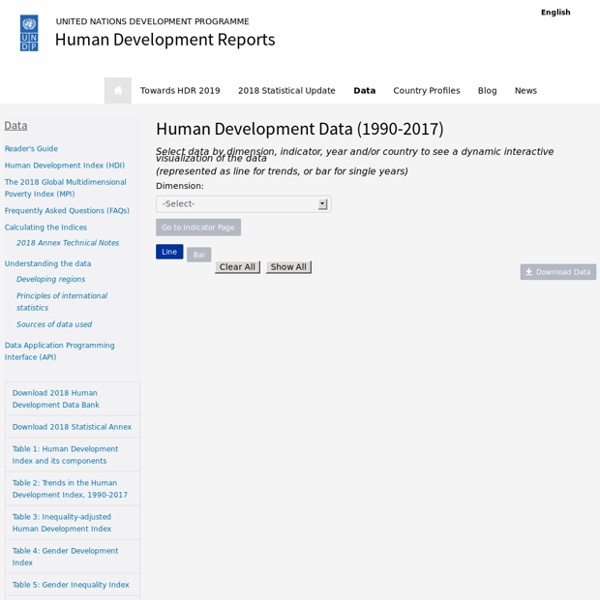 Human Development Index Composite statistic of life expectancy, education, and income indices World map representing Human Development Index categories (based on 2018 data, published in 2019). World map of countries by Human Development Index categories in increments of 0.050 (based on 2018 data, published in 2019). The index is based on the human development approach, developed by ul Haq, often framed in terms of whether people are able to "be" and "do" desirable things in life. Examples include—Being: well fed, sheltered, healthy; Doing: work, education, voting, participating in community life. Human Development Index The HDI was created to emphasize that people and their capabilities should be the ultimate criteria for assessing the development of a country, not economic growth alone. The HDI can also be used to question national policy choices, asking how two countries with the same level of GNI per capita can end up with different human development outcomes. These contrasts can stimulate debate about government policy priorities. The Human Development Index (HDI) is a summary measure of average achievement in key dimensions of human development: a long and healthy life, being knowledgeable and have a decent standard of living. The HDI is the geometric mean of normalized indices for each of the three dimensions. The health dimension is assessed by life expectancy at birth, the education dimension is measured by mean of years of schooling for adults aged 25 years and more and expected years of schooling for children of school entering age.

e.maps > » emaps Notebook » Human Development Map Published on 13/08/07 by e.maps The Human Development Index (HDI) provides a composite measure of three dimensions of human development: living a long and healthy life (measured by life expectancy), being educated (measured by adult literacy and enrolment at the primary, secondary and tertiary level) and having a decent standard of living (measured by purchasing power parity, PPP, income). Download Human Development Map (Pdf format, 1,6 Mo) Human Developmentes Index (HDI) is a comparative measure of life expectancy, literacy, education, and standard of living for countries worldwide. It is a standard means of measuring well-being, especially child welfare. It is used to determine and indicate whether a country is a developed, developing, or underdeveloped country and also to measure the impact of economic policies on quality of life.

38 maps that explain the global economy Commerce knits the modern world together in a way that nothing else quite does. Almost anything you own these days is the result of a complicated web of global interactions. And there's no better way to depict those interactions and the social and political circumstances that give rise to them than with a map or two. Or in our case, 38. These maps are our favorite way to illustrate the major economic themes facing the world today. About this Collection - Country Studies Contains the electronic versions of 80 books previously published in hard copy as part of the Country Studies Series by the Federal Research Division. Intended for a general audience, books in the series present a description and analysis of the historical setting and the social, economic, political, and national security systems and institutions of select countries throughout the world. Most books in the series deal with a single foreign country, but a few cover several countries or a geographic region. The series includes several books on countries that no longer exist in their original configuration—such as Czechoslovakia, East Germany, the Soviet Union, Sudan, and Yugoslavia. These books remain in the series because they continue to offer valuable historical information and perspective. In some cases, studies on successor states are also part of the series.

The World Factbook People from nearly every country share information with CIA, and new individuals contact us daily. If you have information you think might interest CIA due to our foreign intelligence collection mission, there are many ways to reach us. If you know of an imminent threat to a location inside the U.S., immediately contact your local law enforcement or FBI Field Office. For threats outside the U.S., contact CIA or go to a U.S.