Paris In Motion (Part I) 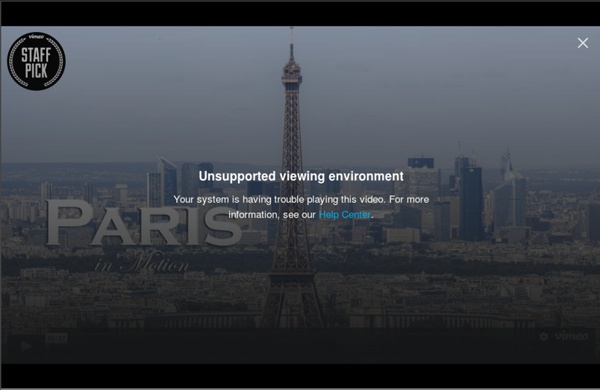 19 of the Most Incredible Photos of Venus Passing In Front of the Sun This Week I'm Rob, the editor of Light Stalking. I try to keep this ship on course. By Admin on in Cool Photos, Featured AD Classics: Mivtachim Sanitarium / Jacob Rechter The Mivtachim sanitarium in Zichron Ya’akov is a brutalist masterpiece set on the forested slopes of Mount Carmel, overlooking the Mediterranean Sea. The simple yet complex design of the serpentine-shaped modular structure makes it appear to be “crowning” the mountain. The building was designed by the Israeli architect Jacob Rechter in 1968 and immediately gained world-wide recognition, appearing in numerous international magazines and earning Rechter the prestigious Israel Award for architecture in 1973. Along with other brutalist icons, the Mivtachim Sanitarium was an idealistic, utopian structure, encapsulating the socialist ideas prevalent in 1960's Israel. The 7,750 square meter structure was constructed of exposed concrete and contained two major sections: the guest rooms to the front, sharing the panoramic vista of the Mediterranean Sea, and the service and entrance hall in the back, which lead to the town of Zichron Ya’akov.

The making of a corporate documentary for Facebook: Planning, Shoot & Edit It’s rare that I can blog about my commercial work. Normally NDA, privacy, and a million other reasons mean that the work I normally talk about is my personal work. Although that’s not always the case. I was able to blog about the Adidas Viral for the Olympics and a few others, but normally it’s not possible. The Longest Photographic Exposures in History - The Latest - itchy i The tremendous popularity of this article with more than half a million (!) clicks in one month inspired me to contact the artist Michael Wesely himself. I felt there were questions by readers which I couldn't answer correctly without talking to Michael. And I also wanted to tell him how much his worked was loved and how many people saw it as an inspiration for their own works and lives.

Brick by Brick: Beautiful New Applications of Architecture’s Most Timeless Material While many contemporary architects have shunned traditional brick materials in favor of flashy glass and steel, this ancient and reliable building method can still be put to use in ways that are exciting and innovative. Brick has been used for thousands of years in constructing a number of different building typologies, but this material finds new life in the hands of architects who can draw out the expressive potential in its unassuming characteristics. Check out a few of this year’s A+Awards Finalists that have used brick to dazzling effect and then be sure to vote for your favorite in each category!

Water wonderful world! Photographer captures amazing images in a single droplet By Daily Mail Reporter Updated: 10:34 GMT, 11 October 2011 These incredible images are little drops of magic - capturing iconic images within a single droplet of water. Photographer Markus Reugels spends hundreds of hours painstakingly trying to capture the impressive and beautiful images. Mr Reugels, from Schweinfurt, Germany, can spend weeks agonising over snapping the image just at the right moment - but the results are stunning. The stuff of life: This image of the globe from space looks uncannily true to life when pictured through a droplet of water. 9 Projects That Feature Eye-Catching Windows Some of the most integral parts of a building are related to light and air. Windows, for example, can help transform a project into a more liveable or better space, providing natural light or connecting the building’s users with their surroundings. From windows inserted into historic structures, to windows meant to give the building a distinct, landmark look, these nine projects utilize windows as a primary feature. View the nine creative uses of windows after the break.

London In 1927, Recreated Shot For Shot You might remember this remarkable short film by Claude Friese-Greene, showing the London of 1927 in colour. Well, someone’s only gone and recreated it, shot for shot, in modern London. Simon Smith followed in Friese-Greene’s pioneering footsteps to craft the staggering comparison above. The results are so fascinating, you’ll want to view the film several times.

winkler + ruck architekten · Treasure Room - Schatzkammer Gurk winkler + ruck architekten DIS-RESPONSIBILIY We are overwhelmed by norm creators, creative craft is being criminalised. TRUST Trust as accomplishment: an advance requited through commitment. Trust is mutual: from builder owner to architect to craftsman and back. Trust deals with errors, commonplace at a building site, because buildings are prototypes. Benthem Crouwel Architekten, Jannes Linders · Cycle and Pedestrian Tunnel at Amsterdam Central Station Cuyperspassage is the name of the new tunnel at Amsterdam Central Station that connects the city and the waters of the IJ-river. Since the end of 2015 it has been used by large numbers of cyclists, some 15,000 daily, and pedestrians 24 hours a day. This ‘slow traffic corridor’ was exactly what many users of the city felt was lacking.

Architecture Studio · Tibet Natural Science Museum The Natural Science Museum of Lhasa blends cutting-edge technologies and traditional Tibetan symbols at the heart of the Himalaya, to offer the region a sustainable and cultural project at an international scale. The museum is meant to be flexible, easily adapted to the scientific teams. We are convinced that this museum, intended to the largest audience, will be an asset for the city of Lhasa.