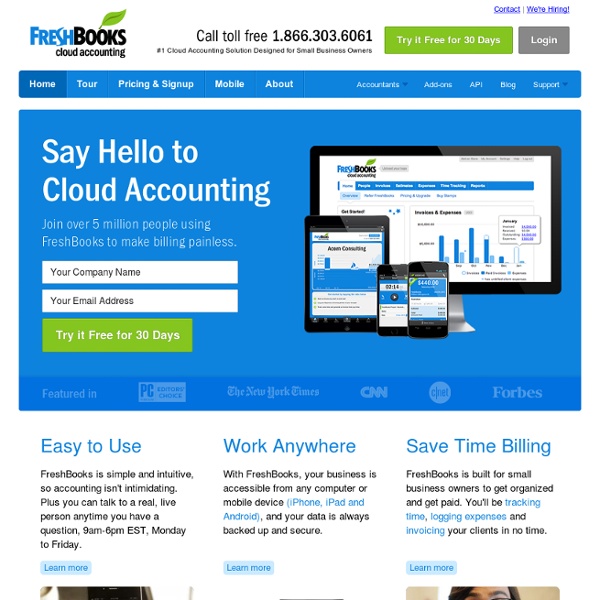 Turn Your Desktop Into a Real 3D Multi-Touch Desktop - Downloads The way a Windows desktop behaves, has not been changed since thirteen years. Its all the same, rough and rigid icons lying dumbly at the cold desktop. Now is the time you can give your desktop a little extra. Bring your desktop to real 3 Dimensional life like. Arrange icons in a pile or groups. It takes just a few clicks or your finger movements to do with all the data at your desktop to arrange it in the way you want it in a real 3D environment. Cadhoc dématérialise le chèque-cadeau Vous en avez assez de faire la queue dans les magasins pour utiliser vos chèques-cadeaux ? Cadhoc a peut-être la solution. Depuis octobre, l'entreprise spécialisée dans les chèques-cadeaux offre la possibilité de les utiliser sur Internet.

Optical Character Recognition Document and ID Scanning Software At Qipit, I worked to make the ability to copy and scan a standard feature on mobile devices. In multiple roles as the Vice President of Mobile Services and as the Vice President Consumer Marketing, my primary responsibility was launching, managing and marketing the Qipit service. The Qipit consumer service was first launched at the Demo Conference in 2006 (Click here to see the Qipit launch at Demo).

iPad POS Point of Sale System and Retail Inventory Management Software Erply SimpleDrop: Stream Media & Sync Data Between Desktop, iPhone & Android iOS users have always wanted to get the option to sync their device data wirelessly with their desktop system. With iOS 5, this wish finally came true, but what if you are on an older version of iOS or own an iOS 5-unsupported device? That’s where SimpleDrop comes in. This amazing app allows you to send and receive data (music, videos, photos, files and contacts) to/from its desktop client, given that the PC and iDevice are on the same Wi-Fi network. That’s not all. The app even lets you sync data between your desktop system and Android devices, stream media from one device to another and even sync data directly between and Android and iOS device.

21 Most Useful Free Resources For Designers And Web Developers Don't Forget to participate in a contest where you can win an amazing e-Commerce template from TemplateMonster. We are always looking to come up with the post that is attractive and useful for everyone. We most of the time focuses on the designerÃ¢â‚¬â„¢s stuff, developer’s resources and where anything is going to launch free of cost. There are countless designer’s and developerÃ¢â‚¬â„¢s free resources available which everyone should review at least once.

Free screen color picker from ColorSchemer [pc]FREEv1.1ColorSchemer ColorPix ColorPix is a useful little color picker that grabs the pixel under your mouse and transforms it into a number of different color formats. You can use the built-in magnifier to zoom in on your screen, click on a color value to copy it directly to the clipboard, and even keep ColorPix on top of all other apps and out of the way. Best of all, there's nothing to install - just download the tiny app and off you go. So grab it now, it's FREE! ColorPix Screenshots Watch your visitors in real time : Live traffic analysis by Web-Stat : Watch visitors on your web site LIVE! observe your visitors in real time as they interact with your site Live activity on sample site Real-time traffic analysis for your web site Watch live as people navigate your pages Welcome to Web-Stat

QuickTime VR Panoramas[edit] VR Panoramas are panoramic images which surround the viewer with an environment (inside, looking out), yielding a sense of place. They can be "stitched" together from several normal photographs or 2 images taken with a circular fisheye lens, or captured with specialized panoramic cameras, or rendered from 3D-modeled scenes. There are two type of VR Panorama: Single row panoramas, with a single horizontal row of photographs.multi-row panoramas, with several rows of photographs taken at different tilt angles.

Steve Lambert Is email a distraction? SelfControl is an OS X application which blocks access to incoming and/or outgoing mail servers and websites for a predetermined period of time. For example, you could block access to your email, facebook, and twitter for 90 minutes, but still have access to the rest of the web. SelfRestraint Stop Procrastinating Online If you find yourself constantly ending up on distracting websites, you know what a time sink your computer can be. Unfortunately, you can't just stop using your computer because you need it to be able to get work done. There are tools out there that will block you from going online, but there are some sites that you may need to access. Responsive Web Design Tool Webflow puts the full power of HTML and CSS at your fingertips, so you can have ultimate control over your designs. Multiple Pages Create complex websites with lots of content. Hover/Pressed States Ultimate design control for buttons and interactive elements.

Alexa Internet American analytics company providing web traffic data Alexa was founded as an independent company in 1996 and acquired by Amazon in 1999. Its toolbar collects data on Internet browsing behavior and transmits them to the Alexa website, where they are stored and analyzed. This is the basis for the company's web traffic reporting, including its Alexa Rank.[4] According to its website, Alexa provides web traffic data, global rankings, and other information on 30 million websites.[5] As of 2018, its website is visited by over 3 million people every month.[3] Operations and history[edit]