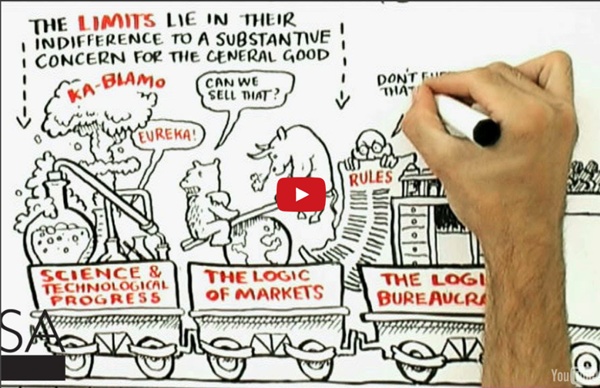 The Power of Now The Power of Now: A Guide to Spiritual Enlightenment is a book by Eckhart Tolle. The book is intended to be a self-help guide for day-to-day living and stresses the importance of living in the present moment and avoiding thoughts of the past or future. Published in the late 1990s,[1] the book was recommended by Oprah Winfrey[2] and has been translated into 33 languages.[3] As of 2009, it was estimated that three million copies had been sold in North America.[4] 5 Steps to Thinking Outside of the Box A few years back our litigation team was faced with a seemingly insurmountable task: how to defend our client’s trademark rights against a Fortune 500 company with a massive litigation budget. They had the facts on their side. Moreover, they had money. Worst of all, they had a gaggle of lawyers that just made the case down right unpleasant.

Psychedelic Science This past weekend, the Psychedelic Science 2013 Conference, co-hosted by the Multidisciplinary Association for Psychedelic Studies (MAPS), took over two floors of the Oakland Marriott City Center, with attendees spilling into bars and waiting areas. Though the illicit thrill of psychedelics (written in rainbow letters on the conference bric-a-brac) was dampened somewhat by the staid surroundings of the convention center, recreational drug users and academics alike networked at a conference that UC Berkeley professor of molecular and cell biology David Presti deemed “extraordinary.” Over five days, researchers discussed their clinical studies with LSD, psilocybin, MDMA, ayahuasca and other psychedelic drugs, and focused on the drugs’ therapeutic benefits. The conference was like any other academic conference in that it was largely self-referential. Like novelists who resurface only for book tours, academics work assiduously, often cloistered in their respective niches.

This video explains how those plastic bits in face washes, scrubs, and toothpastes can hurt ecosystems By now, most of us know that if we want our consciences to be as squeaky clean as our faces, we have to ditch our most beloved scrubbing products. While microbeads — the tiny plastic bits most commonly found in face washes, scrubs, and toothpastes — might do great things for your pores, they could also quietly wreak havoc on the environment by steadily streaming into the Great Lakes and oceans. Couldn’t care less about fish? Get this: Through the magic of the food chain, these little plastic beads actually carry the potential to come back around and screw with human health. We turned to Andrew Maynard, mastermind behind the Risk Bites YouTube channel and director of Arizona State University’s Risk Innovation Lab, to figure out just how hazardous an exfoliator could be.

7 Lessons From 7 Great Minds Have you ever wished you could go back in time and have a conversation with one of the greatest minds in history? Well, you can’t sorry, they’re dead. Unless of course you’re clairaudient, be my guest. But for the rest of us, we can still refer to the words they left behind. Minority rules: Scientists discover tipping point for the spread of ideas Scientists at Rensselaer Polytechnic Institute have found that when just 10 percent of the population holds an unshakable belief, their belief will always be adopted by the majority of the society. The scientists, who are members of the Social Cognitive Networks Academic Research Center (SCNARC) at Rensselaer, used computational and analytical methods to discover the tipping point where a minority belief becomes the majority opinion. The finding has implications for the study and influence of societal interactions ranging from the spread of innovations to the movement of political ideals. "When the number of committed opinion holders is below 10 percent, there is no visible progress in the spread of ideas. It would literally take the amount of time comparable to the age of the universe for this size group to reach the majority," said SCNARC Director Boleslaw Szymanski, the Claire and Roland Schmitt Distinguished Professor at Rensselaer.

Psychology of Color [Infographic] Perhaps no choice is as vital to marketing as color. Whether you are selecting the color for a product or for your email marketing campaign, color has tremendous impact on all of us. Subconsciously, we associate different colors with different things. This infographic examines the psychology of color and looks at some common associations of different colors. It shows the overall importance of color to consumers and characteristics of many individual colors, and it also helps show the connection between graphic design and psychology.

More evidence of Roundup's link to kidney, liver damage ShareThis Scientists report worrisome changes to liver and kidney genes in rats, adding to evidence that a popular herbicide may be toxic August 28, 2015 SARCASM IN RELATIONSHIPS Sarcasm – a mocking or ironic remark (American Heritage Dictionary) Irony – the use of words to convey the opposite of their literal meaning (American Heritage Dictionary) Sarcasm is a large component of social interaction and conversation. To demonstrate a sense of humor, people frequently use sarcasm as a means of “breaking the ice” during initial encounters with others. People also use sarcasm as a means of being comedic with groups of friends.