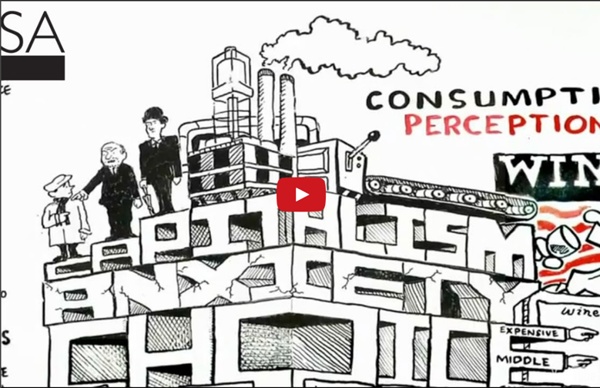 Alec Hartman — Startups, Get Organized I work with a lot of startups - and its usually my job make their technology awesome. However, lately I’ve taken on another role as well - I’ve been helping my portfolio companies get focused. All startups want to change the world - but its important for them to realize HOW they’re changing it, and WHO they’re changing it for. TechStars taught me how to approach this in an organized way and I love Nicole for this! Watch this bead chain loop defy gravity and bend physics Science is unendingly cool because it can consistently confound the expectations of researcher and layman alike. Case in point, what do you figure would happen if you had a bead chain coiled up in a small container, then pulled one end out? You probably didn’t guess that it would leap up and uncoil like a tiny metallic snake, but that’s what happens.

The man who climbs mountains with his bare hands When I began as a film critic, Jean-Luc Godard was widely thought to have reinvented the cinema with "Breathless" (1960). Now he is almost 80 and has made what is said to be his last film, and he's still at the job, reinventing. If only he had stopped while he was ahead. That would have been sometime in the 1970s. Maybe the 1980s. For sure, the 1990s.

This video explains how those plastic bits in face washes, scrubs, and toothpastes can hurt ecosystems By now, most of us know that if we want our consciences to be as squeaky clean as our faces, we have to ditch our most beloved scrubbing products. While microbeads — the tiny plastic bits most commonly found in face washes, scrubs, and toothpastes — might do great things for your pores, they could also quietly wreak havoc on the environment by steadily streaming into the Great Lakes and oceans. Couldn’t care less about fish? Get this: Through the magic of the food chain, these little plastic beads actually carry the potential to come back around and screw with human health. We turned to Andrew Maynard, mastermind behind the Risk Bites YouTube channel and director of Arizona State University’s Risk Innovation Lab, to figure out just how hazardous an exfoliator could be. Check out his findings in the video above!

Communism vs Fascism What are Communism and Fascism? As a socioeconomic system, communism considers all property to be communal — that is, owned by the community or by the state. This system also stresses the importance of a "classless" society, where there are no differences between the wealthy and the working classes, between men and women, or between races. While Marxist communism is the most common form of communism, there is also non-Marxist communism. Fascism is also a political and economic system, but its focus is on the nation state, as ruled by a dictator, and on rigid social structure.

More evidence of Roundup's link to kidney, liver damage ShareThis Scientists report worrisome changes to liver and kidney genes in rats, adding to evidence that a popular herbicide may be toxic August 28, 2015 By Brian Bienkowski Environmental Health News Willard van Orman Quine 1. Quine’s life and work 1908: born, Akron, Ohio, on June 25th. 1926–30: attended Oberlin College, Ohio; B.A, major in Mathematics with honors reading in mathematical philosophy. 1930–32: attended Harvard University; Ph.D. in Philosophy, dissertation on Whitehead and Russell’s Principia Mathematica. 1932–33: held a Sheldon Traveling Fellowship and visited (most notably) Vienna, Warsaw, and Prague (where Carnap was then teaching). 1933–36: a Junior Fellow in Harvard’s newly-formed Society of Fellows; worked chiefly on logic and set theory. 1934: published A System of Logistic, a revised version of his dissertation. 1936–78: held teaching positions at Harvard, first as Faculty Instructor, then as Associate Professor (1941) and then as Professor (1948). 1940: published Mathematical Logic. 1942–45: U.S. (Note: for the sake of brevity only Quine’s most notable publications in philosophy are listed.)