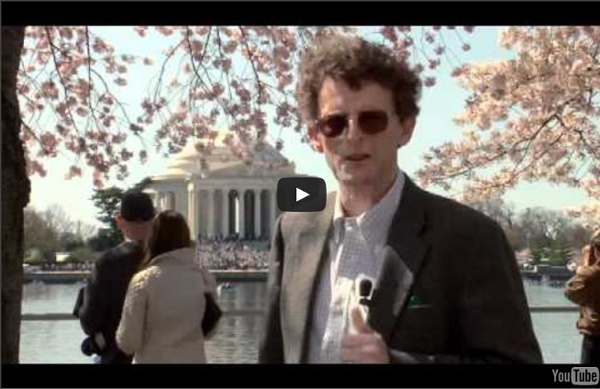 Gold, Oil, Africa and Why the West Wants Gadhafi Dead By Brian E. Muhammad -Contributing Writer- | Last updated: Jun 7, 2011 - 7:59:09 PM What's your opinion on this article? Printer Friendly Page Muammar Gadhafi's decision to pursue gold standard and reject dollars for oil payments may have sealed his fate (FinalCall.com) - The war raging in Libya since February is getting progressively worse as NATO forces engage in regime change and worse, an objective to kill Muammar Gadhafi to eradicate his vision of a United Africa with a single currency backed by gold. Observers say implementing that vision would change the world power equation and threaten Western hegemony. “If they kill Brother Gadhafi, I submit to you that American interests in Africa will come under severe strain,” warned the Honorable Minister Louis Farrakhan on WPFW-FM's "Spectrum Today” program with Askia Muhammad. “That man has invested in Africa more than any other leader in the recent history of Africa's coming into political independence,” he continued. Mr. Attacking Col.

American Censorship Day November 16 - Join the fight to stop SOPA Transition Currency 2.0 - an online banking system for local money UPDATE (10th June 2011) Dear Transitioners, This is a note to say that we have now began work building a service infrastructure for complementary currencies (Transition Currency 2.0). We are working to the 'Request for Proposal' attached below with some minor modifications. The Dutch complementary currency foundation QOIN are now partners with nef and Transition Network in the development of the service infrastructure, having worked with us from the beginning on the scope and functionality of the system and having now also made a significant financial investment via a Dutch philanthropic donor. After a competitive tendering process, we have chosen to use the Cyclos open source software for the back-end of the platform which is a tried and tested system for CCs connected to legal tender as with the existing Transition Currencies. Cyclos is also set up to run mutual credit, timebanking and C3 schemes and has been used by hundreds of CCs throughout the world. Josh Ryan-Collins

Occupy Wall Street's Battle Against American-Style Authoritarianism The Occupy Wall Street movement is raising new questions about an emerging form of authoritarianism in the United States, one that threatens the collective survival of vast numbers of people, not through overt physical injury or worse, but through an aggressive assault on social provisions that millions of Americans depend on. For those pondering the meaning of the pedagogical and political challenges being addressed by the protesters, it might be wise to revisit a classic essay by German sociologist and philosopher Theodor Adorno titled "Education After Auschwitz," in which he tries to grapple with the relationship between education and morality in light of the horrors perpetrated in the name of authoritarianism and its industrialization of death.[1] To see other articles by Henry A. Giroux visit The Public Intellectual Project. Democracy is always an unfinished project. 1. 2. 3. 4. 5. 6. 7.

Police gun down man in street, threaten to shoot witnesses for filming incident (NaturalNews) When Narces Benoit decided to use his cell phone to film Miami Beach police officers gunning down a man sitting in a parked car early Monday morning, he had no idea the same cops would eventually target him as well. According to video evidence and witness testimony, officers pointed a gun at Narces and his girlfriend, threw them to the ground, destroyed his camera and what they thought was the footage he captured, and handcuffed and arrested the couple, all because Narces happened to capture indicting video evidence of the officers' heinous actions. The Miami Herald reports that Narces and his girlfriend were driving on Collins Avenue in South Beach, Fla., when they happened upon the shocking tail-end of a police chase involving Raymond Herisse, the suspect in question who had allegedly fled police following a scuffle. You can view the video footage for yourself here: The entire event reeks of abuse and coverup.

The Monetary Future Powell Memo « The People's Book Project Class War and the College Crisis: The “Crisis of Democracy” and the Attack on Education The following is the first part of a series of articles, “Class War and the College Crisis.” By: Andrew Gavin Marshall Today, we are witnessing an emerging massive global revolt, led primarily be the educated and unemployed youth of the world, against the institutionalized and established powers which seek to deprive them of a future worth living. All around the world, increasingly, the youth are taking to the streets, protesting, agitating, and striking against the abuses of power, the failures of government, the excesses of greed, plundering and poverty. The “Crisis of Democracy” For the general population, these movements were an enlightening, civilizing, and hopeful phase in our modern history. The Trilateral Commission later explained its views of the “threat” to democracy and thus, the way the system ‘should’ function: The “threat” of educated youth was especially pronounced.

Worse than meltdown, government report says devastating 'melt-through' has occurred at Fukushima; Official suggests Japan could become 'uninhabitable' (NaturalNews) Recent reports confirming that Reactors 1, 2, and 3 of the Fukushima Daiichi nuclear facility completely melted just hours after the devastating earthquake and tsunami hit the area on March 11 ( have been trumped by even worse news that those same reactors have all likely "melted through," a situation that according to Japan's Daily Yomiuri DY is "the worst possibility in a nuclear accident." And senior political official Ichiro Ozawa suggested in an interview with The Wall Street Journal (WSJ) that the Fukushima situation could make the entire country of Japan "unlivable." A nuclear core meltdown involves nuclear fuel exceeding its melting point to the point where it damages the core, leaks out, and threatens to potentially release high levels of radiation into the environment. Sources for this story include:

Posse Comitatus Act The Act, as modified in 1981, refers to the Armed Forces of the United States. It does not apply to the National Guard under state authority from acting in a law enforcement capacity within its home state or in an adjacent state if invited by that state's governor. The United States Coast Guard, which operates under the Department of Homeland Security, is also not covered by the Posse Comitatus Act, primarily because the Coast Guard has both a maritime law enforcement mission and a federal regulatory agency mission. History[edit] In return for Southern acquiescence regarding Hayes, Republicans agreed to support the withdrawal of federal troops from the former Confederate states, ending Reconstruction. Known as the Compromise of 1877, South Carolina, Florida and Louisiana agreed to certify Rutherford B. When the U.S. The original Posse Comitatus Act referred essentially to the United States Army. Legislation[edit] Sec. 15. The text of the relevant legislation is as follows: In 2011, U.S.

I agree with you on the secret of OZ I also think the inside job docu was very good. Im new to peartrees so still building my pearls. Im just looking at your banking reform now looks interesting.I have following the Lord James of Blackheath he spoke in house of Lords on the 16th Feb 12 about $15trillion transfer to HSBC intriguing story by freedomseeker Mar 4

I've watched a number of similar digital documentaries on the topic, and this is by far the best. I'm glad you enjoyed it. On the facebook page I've been highlighting items in the archive and giving them some additional context — relating items in here to one another. I haven't done anything on banking reform yet, but I should sometime soon. by tor.nelson Mar 4

This was an amazing﻿ documentary by Ben Still that made so much sense. Thank you,You are arming us with knowledge, and knowledge is power. by freedomseeker Mar 3