The Crisis of Credit Visualized - HD 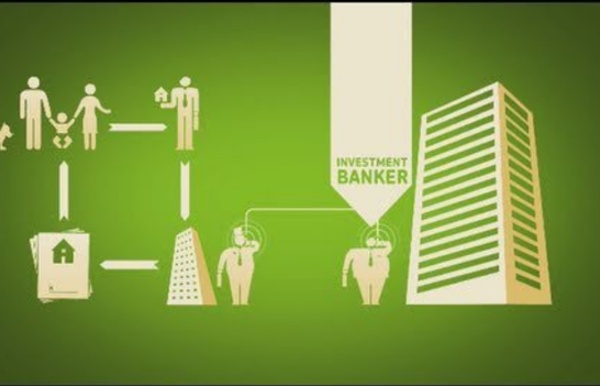 Finland's basic income experiment is already making people feel better after just 4 months Unsplash / Haley Phelps Four months after Finland's social-security institution Kela launched a two-year experiment in basic income, a system of wealth distribution in which people receive a salary just for being alive, some of the 2,000 recipients are already reporting lower levels of stress. The $600 they receive each month might not be much, but it's enough to put some people's anxiety at ease, Marjukka Turunen, head of Kela's legal benefits unit, told Kera News. "There was this one woman who said: 'I was afraid every time the phone would ring, that unemployment services are calling to offer me a job,'" Turunen recalled of a woman who needed to care for her parents, and so couldn't work. Basic income is foremost a solution to poverty. With that financial security comes additional benefits, says Scott Santens, a basic income advocate and writer. Finland's program is a modified version of basic income, since most advocates claim the system must be unconditional.

Crash course - The origins of the financial crisis THE collapse of Lehman Brothers, a sprawling global bank, in September 2008 almost brought down the world’s financial system. It took huge taxpayer-financed bail-outs to shore up the industry. Even so, the ensuing credit crunch turned what was already a nasty downturn into the worst recession in 80 years. Massive monetary and fiscal stimulus prevented a buddy-can-you-spare-a-dime depression, but the recovery remains feeble compared with previous post-war upturns. GDP is still below its pre-crisis peak in many rich countries, especially in Europe, where the financial crisis has evolved into the euro crisis. The effects of the crash are still rippling through the world economy: witness the wobbles in financial markets as America’s Federal Reserve prepares to scale back its effort to pep up growth by buying bonds. With half a decade’s hindsight, it is clear the crisis had multiple causes.

10+ Web Tools To Save Your Butt In School It’s a new year, and the beginning of a new semester in school. Students who didn’t do so hot last year have probably made a New Year resolution to improve their grades. To help you all with the next semester, I’ve decided to make a list of extremely helpful web tools that will make school easier for all the struggling students out there. Enjoy, and good luck with the new semester. 1. Everyone already knows about Sparknotes and Cliffnotes, but there are very few who have used PinkMonkey. Another website you’ll like is Shmoop. Similar Sites: Sparknotes, Cliffnotes, LitSum, GradeSaver, Bookrags 2. One of the things I hate most about school is that for every paper you turn in, professors insist that you cite your sources. Luckily for you, there are a lot of websites that will put together a bibliography for you. My favorite site for this is BibMe. Similar Sites: EasyBib andOttobib. 3. Known as the “worlds largest flashcard library”, FlashCardExchange is the best place to study for tests. 5. 6.

businessinsider Requiem for the American Dream | Tribeca Film Festival With Netflix bulking up on its collection of documentaries, it may be hard to figure out which ones to watch. In addition to various documentaries on everything from health care to the drug trade, the streaming service has a small, but worthy set of titles centered on the global financial system and its tumultuous history. Here are five of the best money-themed documentaries currently available to watch on Netflix. This 2015 documentary film by director Andrew Morgan exposes the harsh reality of the clothing industry’s unsustainable business practices. The Financial Crisis: The FRONTLINE Interviews | FRONTLINE Watch, Read, Share"The FRONTLINE Interviews" tell the story of history in the making. Produced in collaboration with Duke University’s Rutherfurd Living History Program. Learn more... [Obama] didn't give us a choiceRep. Cathy McMorris Rodgers (R-WA), House Republican ConferenceWatch the full interview I called [Obama] and said...there could be a bit of a contagionRobert Wolf, Chairman, UBS AmericasWatch the full interview raw exercise of power by the financial industryPhil Angelides, Financial Crisis Inquiry Commission 2009-'11Watch the full interview We...didn't get how severe this recession was going to beChristina Romer, White House Economic Adviser, 2009-'10Watch the full interview I was taking advantage of people I don't even know...Cathy O'Neil, Former analyst, D.E. Additional Transcripts

Where to Download Textbooks Quick Links Save 50% by Downloading Textbooks Here: Due to the tighter economy, college students' budgets are being pinched more than ever. Even as tuition continues to rise, the biggest complaint by students and others alike seems to be geared toward the outrageous cost of textbooks. Across the blogosphere, there appears to be more and more ‘How to Save Money on Textbooks’ articles being written in an effort to alleviate the problem. So it seems, in these tough times, people are looking to help one another by offering advice on where to shop for textbooks. Textbooks are expensive, and it’s one of the many reasons college students will always be broke. Some colleges are even trying to help with the problem by setting up their own textbook rental programs. McGraw-Hill, a major textbook publisher, publishes 95% of their books electronically as well as in print. Textbooks in digital form are not only cheaper (in most cases), but will be much easier to carry around. CourseSmart CengageBrain

21 Brilliant Productivity Tools Every College Student Must Use | Get Degrees If you ask a college student about productivity, he won't have much to say. And you really can't blame him. He leads a dynamic life where academics and fun go hand in hand, with the latter becoming a more important activity most of the times. However, with the advent of internet and web 2.0, a college student now has access to so many amazing tools that he could finish up his work as well as enjoy life to the fullest without the guilt. Research and Taking Notes 1.Questia Questia is an excellent online research tool which features a huge web based library of magazines, books, journals, papers, articles and much more. Although you need to pay about $19.95 per month for its membership, you could save on books and magazines you buy if you subscribe to it. 2.Free Book Notes Free Book Notes, as the name suggests is a collection of free book notes, summaries, study guides and similar material aggregated from the internet. 3.Wikipedia 4.Notely 5.Evernote 6.Google Docs 7. 8.Noodletools Communication