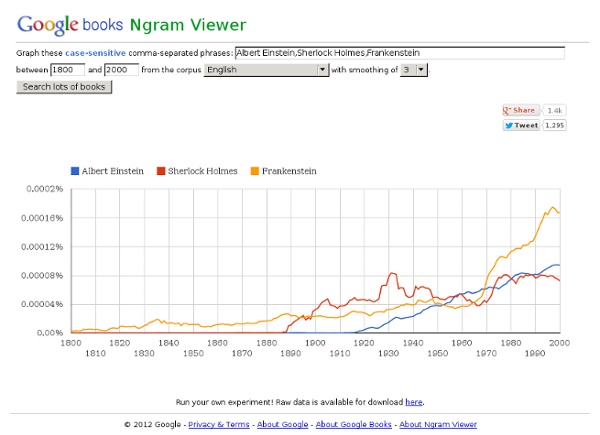 Review Game The Instant Jeopardy Review Game has been designed and dramatically improved to make it the perfect review game for a wide variety of classroom uses. This tool is a fun and interactive way to review content in your classroom, meeting, conference, or other group setting. The new and improved version of the Jeopardy Review Game includes the following features: Simple insertion of pictures on Question and/or Answer slides Full support for symbols, such as exponents and wingdings style fonts Better support for foreign language Question and/or Answer slides Simpler visual editing process Embed anything in your question slides, even Youtube videos, flash objects, etc.

TypeDrawing - Hansol Huh TypeDrawing originally started with online project in Jan 2005. Since then, a number of users have made fun and arty drawings using this program. Also, TypeDrawing has been featured on various famous websites like theFWA, and won several awards such as from FlashForward. In 2009, TypeDrawing iPhone version was released, and after one year, iPad version was released. Pictogram Graph Creator x About A simple pictograph creator. CORRECTIF : lorsque vous exécutez une application Windows CE 5.0 qui convertit une valeur « double en une valeur « denorm unique », la valeur peut ne pas convertie correctement When you run a Microsoft Windows CE 5.0-based application that converts a double value to a denorm single value, the value may be converted incorrectly. Additionally, the application may not behave as expected. This problem occurs if the following conditions are true:The application converts the value by using the ARM floating point (FP) emulation runtime environment.The application is running on an ARMV4I-based device. Software update information A supported software update is now available from Microsoft as Windows CE 5.0 Platform Builder Monthly Update (March 2007).

Johnny Chung Lee - Projects - Wii As of June 2008, Nintendo has sold nearly 30 million Wii game consoles. This significantly exceeds the number of Tablet PCs in use today according to even the most generous estimates of Tablet PC sales. This makes the Wii Remote one of the most common computer input devices in the world. It also happens to be one of the most sophisticated. It contains a 1024x768 infrared camera with built-in hardware blob tracking of up to 4 points at 100Hz. Culturomics 2.0: Forecasting large-scale human behavior using global news media tone in time and space Global geocoded tone of all Summary of World Broadcasts content January 1979–April 2011 mentioning “Bin Laden” (click to view animation). (Credit: UIC) Computational analysis of large text archives can yield novel insights into the functioning of society, recent literature has suggested, including predicting future economic events, says Kalev Leetaru, Assistant Director for Text and Digital Media Analytics at the Institute for Computing in the Humanities, Arts, and Social Science at the University of Illinois and Center Affiliate of the National Center for Supercomputing Applications. The emerging field of “Culturomics” seeks to explore broad cultural trends through the computerized analysis of vast digital book archives, offering novel insights into the functioning of human society, while books represent the “digested history” of humanity, written with the benefit of hindsight. Global geocoded tone of all New York Times content, 2005 (click on image to see animation). (Credit: UIC)

Culturomics Further reading[edit] References[edit] External links[edit] Culturomics.org, website by The Cultural Observatory at Harvard directed by Erez Lieberman Aiden and Jean-Baptiste Michel Maps and Mapmakers: Seeing What's on the Map - Teachers & Students (myLOC.gov) The Library of Congress offers classroom materials and professional development to help teachers effectively use primary sources from the Library's vast digital collections in their teaching. Find Library of Congress lesson plans and more that meet Common Core standards, state content standards, and the standards of national organizations. Discover and discuss ways to bring the power of Library of Congress primary sources into the classroom. Go to the blog Subscribe to the blog via e-mail or RSS.

In 500 Billion Words, a New Window on Culture The digital storehouse, which comprises words and short phrases as well as a year-by-year count of how often they appear, represents the first time a data set of this magnitude and searching tools are at the disposal of Ph.D.’s, middle school students and anyone else who likes to spend time in front of a small screen. It consists of the 500 billion words contained in books published between 1500 and 2008 in English, French, Spanish, German, Chinese and Russian. The intended audience is scholarly, but a simple online tool allows anyone with a computer to plug in a string of up to five words and see a graph that charts the phrase’s use over time — a diversion that can quickly become as addictive as the habit-forming game Angry Birds. With a click you can see that “women,” in comparison with “men,” is rarely mentioned until the early 1970s, when feminism gained a foothold.

Rosetta arrives at comet destination / Rosetta Comet on 3 August 2014 Rosetta arrives at comet destination 6 August 2014 After a decade-long journey chasing its target, ESA’s Rosetta has today become the first spacecraft to rendezvous with a comet, opening a new chapter in Solar System exploration. Comet 67P/Churyumov–Gerasimenko and Rosetta now lie 405 million kilometres from Earth, about half way between the orbits of Jupiter and Mars, rushing towards the inner Solar System at nearly 55 000 kilometres per hour. Map Collections Home Page The Library of Congress Search by Keyword | Browse by Geographic Location Index | Subject Index | Creator Index | Title Index The Geography and Map Division of the Library of Congress holds more than 4.5 million items, of which Map Collections represents only a small fraction, those that have been converted to digital form. The focus of Map Collections is Americana and Cartographic Treasures of the Library of Congress.