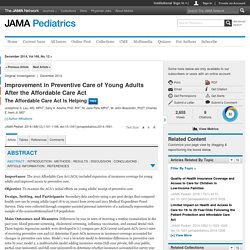 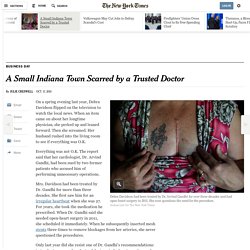 When an item came on about her longtime physician, she perked up and leaned forward. Then she screamed. Her husband rushed into the living room to see if everything was O.K. Everything was not O.K. U.S. government unveils goal to move Medicare away from fee-for-service. By David Morgan WASHINGTON (Reuters) - The Obama administration on Monday unveiled an ambitious plan to control health costs by moving the $2.9 trillion U.S. health systems away from costly fee-for-service medicine, beginning with the Medicare program for the elderly and disabled. 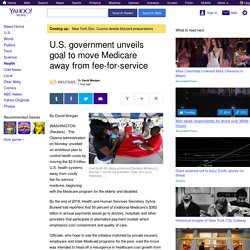 By the end of 2018, Health and Human Services Secretary Sylvia Burwell told reporters that 50 percent of traditional Medicare's $362 billion in annual payments would go to doctors, hospitals and other providers that participate in alternative payment models which emphasize cost containment and quality of care. Kaplan_Porter_How_to_Solve_The_Cost_Crisis_In_Health_Care_HBR_Sept_20111.pdf. America's 9 biggest health issues. So, in no particular order, here's my take on the nine big health stories to watch for, and the questions they will likely raise, in 2015. 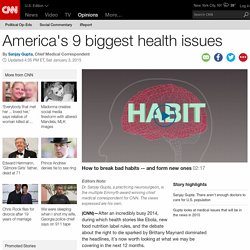 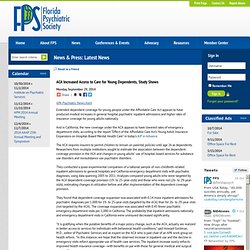 Medicare pioneer ACOs save money but lose physicians. Washington Physicians in nine large groups have dropped out of Medicare's pioneer accountable care organization initiative after just one year of participation, but health policy officials and doctors leading ACO groups said they are not turning their backs on coordinating care for beneficiaries. 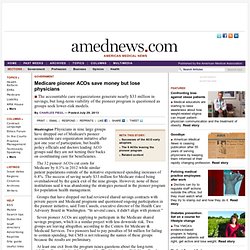 The 32 pioneer ACOs cut costs for Medicare by 0.3% in 2012 while similar patient populations outside of the initiative experienced spending increases of 0.8%. The success of saving nearly $33 million for Medicare risked being overshadowed by the quick exit of the nine groups. However, none of these institutions said it was abandoning the strategies pursued in the pioneer program for population health management. Groups that have dropped out had reviewed shared savings contracts with private payers and Medicaid programs and questioned ongoing participation in the pioneer initiative, said Tom Cassels, executive director of the Health Care Advisory Board in Washington. One-Quarter Of ACOs Save Enough Money To Earn Bonuses.

About a quarter of the 243 groups of hospitals and doctors that banded together as accountable care organizations under the Affordable Care Act saved Medicare enough money to earn bonuses, the Centers for Medicare & Medicaid Services announced Tuesday. 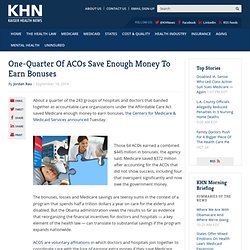 Those 64 ACOs earned a combined $445 million in bonuses, the agency said. Medicare saved $372 million after accounting for the ACOs that did not show success, including four that overspent significantly and now owe the government money. Big insurers expand exchange participation for 2015. Why Did the ICD-10 Certification Move to 2015? - MBS Blog.

The United States Senate, backed up against a March 31st deadline to fix the Medicare Sustainable Growth Rate(SGR) in the Protecting Access to Medicare Act of 2014, voted to delay the implementation of ICD-10-CM/PCS until at least October 1, 2015. 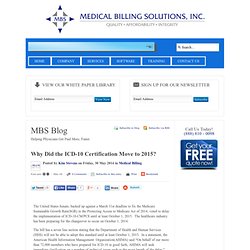 The healthcare industry has been preparing for the changeover to occur on October 1, 2014. The bill has a seven line section stating that the Department of Health and Human Services (HHS) will not be able to adopt this standard until at least October 1, 2015. In a statement, the American Health Information Management Organization(AHIMA) said “On behalf of our more than 72,000 members who have prepared for ICD-10 in good faith, AHIMA will seek immediate clarification on a number of technical issues such as the exact length of the delay,” said AHIMA CEO Lynne Thomas Gordon, MBA, RHIA, CAE, FACHE, FAHIMA. The deadline that Congress faced was to fix or reform the SGR by March 31, before it directly affected physician payments. The Cost and Coverage Implications of the ACA Medicaid Expansion: National and State-by-State Analysis.

This paper examines the effect, by state, of the state's decision to adopt the Medicaid expansion. 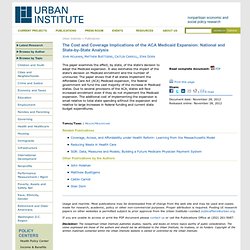 The additional cost of implementing the expansion is small relative to total state spending without the expansion and relative to large increases in federal funding and current state budget expenditures. Usage and reprints: Most publications may be downloaded free of charge from the web site and may be used and copies made for research, academic, policy or other non-commercial purposes. Accountable Care Organizations, Explained. Accountable care organizations take up only seven pages of the massive new health law yet have become one of the most talked about provisions. 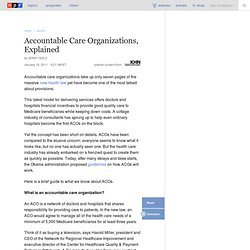 This latest model for delivering services offers doctors and hospitals financial incentives to provide good quality care to Medicare beneficiaries while keeping down costs. A cottage industry of consultants has sprung up to help even ordinary hospitals become the first ACOs on the block. Yet the concept has been short on details. ACOs have been compared to the elusive unicorn: everyone seems to know what it looks like, but no one has actually seen one. France's Health-Care System Is Going Broke. Anita Manfredi got nine massages and 18 mud baths at a luxury spa in November. House readies for short-term SGR fix. The House of Representatives has reached a deal to delay physician Medicare reimbursement cuts under the sustainable growth rate (SGR) formula for another year, according to The Hill.

>> UPDATE: House approves temporary SGR fix. Universal health insurance, based on competition, may not be the best option for Ireland - Political News. Minister for Health James Reilly has outlined the merits of competition-based universal health insurance (UHI) to achieve universal health entitlements for Irish citizens ( Irish Times , February 18th, 2014). However, a national debate has yet to take place on the differing ways of achieving a sustainable universal service. UHI systems are premised on a belief that competition between insurers and providers will promote efficiency and equity. The German system, termed the Bismarck model, has developed over 130 years and is characterised by a predominance of mandatory social health insurance (SHI) with multiple competing sickness funds and a public/ private mix of providers.

The Dutch and German models undoubtedly have benefits, especially in terms of equity. But UHI is not without problems and in the case of Holland it has proved complex to comprehend and implement. Such systems are normally more expensive than other universal arrangements. Excessive testingThis cost contrasts. Most states lag in health insurance sign-ups. WASHINGTON (AP) — Most states are still lagging when it comes to sign-ups under President Barack Obama's health care law, but an Associated Press analysis of numbers reported Wednesday finds a dozen high-achievers getting ahead of the game.

Huge disparities are emerging in how well states are living up to federal enrollment targets, and that will help determine if the White House reaches its unofficial goal of having 7 million signed up by the end of March, six weeks away. Connecticut is the nation's top performer, signing up more than twice the number of residents it had been projected to enroll by the end of January. Massachusetts, which pioneered the approach Obama took in his law, is at the bottom of the list, having met only 5 percent of its target.

Six Republican-led states — Florida, Idaho, Maine, Michigan, North Carolina, and Wisconsin — are on pace or better. U.S. Ranks Near Bottom Among Advanced Nations In Efficiency Of Health Care Spending. While the great health care debate continues across the nation, a new study shows our struggles for health care go far beyond just the quarrels in Washington. Researchers at McGill University and the UCLA Fielding School of Public Health analyzed the efficacy of health care systems across the world and found the U.S. ranks 22nd out of 27 high income nations when it comes to increasing life expectancy. The analysis, published in the American Journal of Public Health , defined health efficiency by the increase in life expectancy relative to health care dollars spent.

In the U.S., every additional $100 spent on health care increased patient life expectancy by around half a month, while in the most efficient nations life expectancy grew by over four months with the same cost. Germany topped off the list of most efficient nations, followed by Switzerland and Italy, while Luxembourg and Greece fell at the bottom. But there's more. Press Release: New Study Tracks Impact of Aging on Health Costs. Things you need to know about the Affordable Care Act and prescription drugs — but probably don’t. I’m trying to decide among a few plans on the exchange.

Design flaws in the Affordable Care Act. An Update on How the U.S. Affordable Care Act Impacts Mental Health Care. The Promises and Pitfalls of Pay for Performance. By Martin S. Reducing Health Disparities in Rural America: Key Provisions in the Affordable Care Act - healthdisparities.pdf. Planning for Healthcare Reform: Using the Balanced Scorecard Approach to Strategic Planning. Medicaid rates increase for some doctors, but will it increase patient access? Connecticut doctors who treat Medicaid patients haven’t exactly been richly rewarded, with payment rates far below what other insurers pay.