How to Get Students to Work Harder. Over the past five years, more than $200 million has gone toward launching the new Common Core standards, with the goal of closing achievement gaps in public schools. 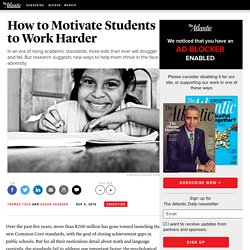 Digital Youth Portrait: Cameron. Glossary Green screen: A technique for mixing two images or frames together, in which a color from one image is removed (or made transparent), revealing another image behind it. 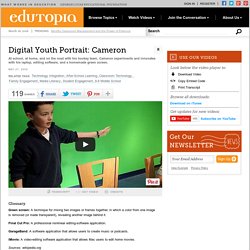 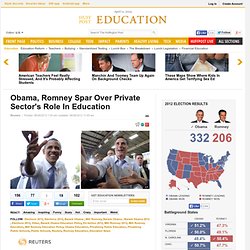 Making a bid for young voters and their parents, Obama accused Republican rival Mitt Romney of planning to slash aid to college students. Romney hit back by noting that Obama, a Democrat, has not been able to rein in the soaring cost of tuition. But the differences between the two candidates on education policy extend far deeper than a war of sound bites over college costs.

Job Losses Persist for the Less-Educated. Needlogin?type=login&redirecturl=http%3A%2F%2Fwww.jacksonsun. 10 Great Free Google Forms Every Teacher Should Be Using. Education’s biggest design flaw - The Answer Sheet. Education means more than academic excellence. Eloy Ortiz Oakley: The Test-Score Myth. Leaders in higher education throughout the nation are quick to lament that too many high school graduates are not college-ready. 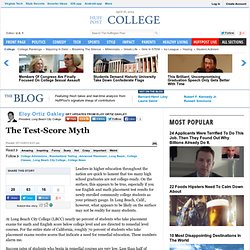 On the surface, this appears to be true, especially if you use English and math placement test results for newly enrolled community college students as your primary gauge. In Long Beach, Calif., however, what appears to be likely on the surface may not be reality for many students. At Long Beach City College (LBCC) nearly 90 percent of students who take placement exams for math and English score below college level and are directed to remedial level courses. For the entire state of California, roughly 70 percent of students who take placement exams receive scores that indicate a need for remedial education. Average teacher makes $44G while their top union bosses pull in nearly $500G. Randi Weingarten, president of the American Federation of Teachers, and the National Education Association's Dennis Van Roekel, earn nearly $500,000 apiece.

Teachers across the country face pay freezes and possible layoffs, but the heads of the two biggest teachers unions saw their pay jump 20 percent last year, to nearly half a million dollars apiece. American Federation of Teachers President Randi Weingarten's pay jumped to $407,323 between 2010 and 2011, while her counterpart at the National Education Association, Dennis Van Roekel, got a raise to $362,644. Factor in stipends and other paid expenses and Weingarten took in $493,859 and Van Roekel $460,060 for 2011.

“Are teachers or anyone in the private sector experiencing those increases in times of financial hardship? "- Gary Beckner, Association of American Educators. Educators need to lead change and not be bunkers for the status quo. #TellUsDetroit « Tell Us Detroit. Higher Education's Monopoly on Credibility Is Ending. Shaun Johnson: Career Educators Are An Investment Too Easily Squandered. This is my third summer in a row as a higher education faculty member returning for a brief stint in a charter school elementary classroom. 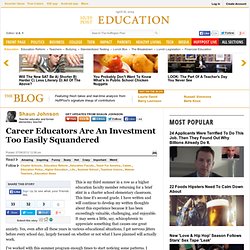 STEM Education Is the Key to the U.S.'s Economic Future. John Engler is the president of Business Roundtable and a former governor of Michigan. 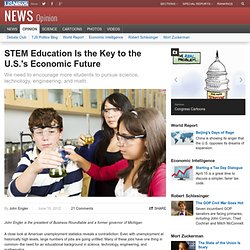 A close look at American unemployment statistics reveals a contradiction: Even with unemployment at historically high levels, large numbers of jobs are going unfilled. Many of these jobs have one thing in common–the need for an educational background in science, technology, engineering, and mathematics. Increasingly, one of our richest sources of employment and economic growth will be jobs that require skills in these areas, collectively known as STEM. The question is: Will we be able to educate enough young Americans to fill them? Yes, the unemployment numbers have been full of bad news for the past few years. [Check out the U.S. According to a recently released study from Change the Equation, an organization that supports STEM education, there are 3.6 unemployed workers for every job in the United States.

Lee Smith: Fill them so full of facts... 5 Tips to Avoid Teacher Burnout. Guide to Free, Quality Higher Education. Culture Digital Tools Teaching Strategies By Katrina Schwartz As the current generation of college graduates wrangles with an unprecedented amount of debt, a sea change is underway in higher education. 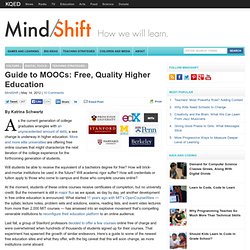 How Online Learning Companies Bought America's Schools. This article was reported in partnership with The Investigative Fund at The Nation Institute. 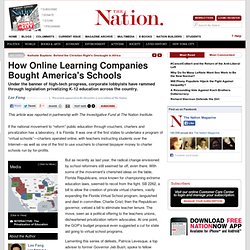 If the national movement to “reform” public education through vouchers, charters and privatization has a laboratory, it is Florida.