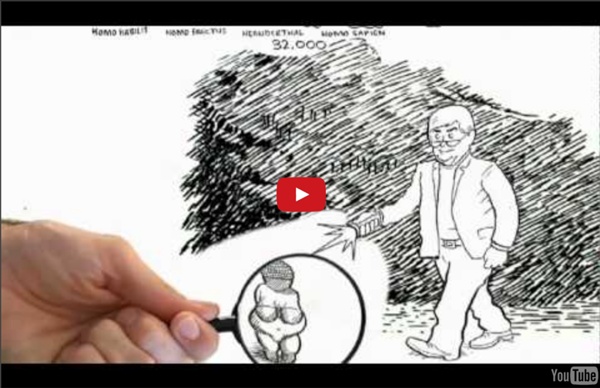 2001: A Space Odyssey - Stanley Kubrick's Alchemical Magnum Opus "I'm sure you are aware of the extremely grave potential for social shock and disorientation caused by this information. We can't release it without proper conditioning." - Heywood Floyd The idea of this thread came from reading Alchemical Kubrick on the Alchemy Lab website, a love for Kubricks 'Work' and an interest in Alchemy. Let me disclaim now that I am no initiate or adept, so go easy huh. The credit must go to the author of the article Jay Weidner, as most of the work included here is his. Many poets, philosophers, artist, sculptors, scientist, builders, and a few movie producers have hidden the 'Great Work' within their creations so as only if you have the eyes to see, you will. This is about Stanley Kubrick (Cube-Brick Hexahedron?) There are three recognized types of practical Alchemy, Spagyric (plant), Mineral, and Animal. Stanley was notoriously famous for not discussing what the movie was about, causing the endless frustration of generations of people. Solve et Coagula Earth 1.

This video explains how those plastic bits in face washes, scrubs, and toothpastes can hurt ecosystems By now, most of us know that if we want our consciences to be as squeaky clean as our faces, we have to ditch our most beloved scrubbing products. While microbeads — the tiny plastic bits most commonly found in face washes, scrubs, and toothpastes — might do great things for your pores, they could also quietly wreak havoc on the environment by steadily streaming into the Great Lakes and oceans. Couldn’t care less about fish? Get this: Through the magic of the food chain, these little plastic beads actually carry the potential to come back around and screw with human health.

Surprising Layers of Color Revealed on Urban Walls I’m really enjoying these new pieces by artist 1010 that seems to peel away layers from mundane urban walls to reveal a depth of colorful layers. The Hamburg-based artist had a number of similar works on canvas at the Stroke Art Fair in Berlin in September. Watch this bead chain loop defy gravity and bend physics | Science! Science is unendingly cool because it can consistently confound the expectations of researcher and layman alike. Case in point, what do you figure would happen if you had a bead chain coiled up in a small container, then pulled one end out? You probably didn’t guess that it would leap up and uncoil like a tiny metallic snake, but that’s what happens. This demonstration is sometimes called Newton’s Beads. It’s an unexpected trick of physics, but the mechanics behind it are fairly simple. The effect seen above in slow motion is a function of momentum. It’s not a smooth arch like you might expect, even after coming to terms with the fact that it’s happening.

The 20 Essential TED Talks for New Grads May 25th, 2011 Moving from the relatively sheltered world of the college campus into work and independence can be a very exciting, though sometimes rough, transition. New grads will be facing a host of new challenges testing the lessons they learned in school, both academic and personal. Finding a little advice and inspiration for life after college can be a great way to help smooth out the transition into the real world and pave the way for an exciting and successful career. Nigel Marsh: How to make work-life balance work: If you thought it was hard to balance schoolwork with your personal life in college, things won’t get any easier when you’ve landed a fulltime job.

5 Possible Storylines For The Next Star Wars Movie October 31, 2012 - Disney just paid over $4 Billion for Lucasfilm and the jewel of George Lucas’ eye, the Star Wars Universe. The House of Mouse wasted no time, announcing that a new live-action Star Wars film (tentatively titled Star Wars Episode VII) will be released in 2015, with new films following every few years. With only two to three years to plan, shoot, and edit, a story is probably already in place. But that doesn’t mean we can’t speculate. Here are five possible directions that Disney could take its new toy in. 1) The Thrawn Trilogy A set of three books written by sci-fi master Timothy Zahn, the Thrawn Trilogy starts with 1991′s Heir to the Empire novel, the first official foray by Lucasfilm into the world now known as the Expanded Star Wars Universe. The Thrawn Trilogy would allow for some storyline separation between the 2015 Star Wars movie and Return of the Jedi. 2) The Rise of Darth Vader 3) Pick up right after Return of the Jedi 4) A Boba Fett Spin-Off 5) The Old Republic

More evidence of Roundup's link to kidney, liver damage ShareThis Scientists report worrisome changes to liver and kidney genes in rats, adding to evidence that a popular herbicide may be toxic August 28, 2015 By Brian Bienkowski Environmental Health News Long-term exposure to tiny amounts of Roundup—thousands of times lower than what is permitted in U.S. drinking water—may lead to serious problems in the liver and kidneys, according to a new study. The study looked at the function of genes in these organs and bolsters a controversial 2012 study that found rats exposed to small amounts of the herbicide Roundup in their drinking water had liver and kidney damage. It is the first to examine the impacts of chronic, low exposure of Roundup on genes in livers and kidneys and suggests another potential health impact for people and animals from the widely used weed killer. “The severity we don’t know, but our data say there will be harm given enough time,” he said. It’s the latest health concern for the most widely used herbicide in the United States.

Night Stroll: Geometric Lightscapes Animated on the Streets of Tokyo by Tao Tajima Night Stroll is a lovely animated short by Tao Tajima. Various light figures are seen interacting with locations around Tokyo, I can’t begin to guess how this was all planned, shot and animated and there is almost no information about it online, but it’s remarkable nonetheless. (via be con in riot)

SciShow Space Theoretically, we could hide the Earth from faraway telescopes, using a properly placed laser pointer. Hosted by: Reid Reimers----------Support SciShow by becoming a patron on Patreon: thanks go to the following Patreon supporters -- we couldn't make SciShow without them!