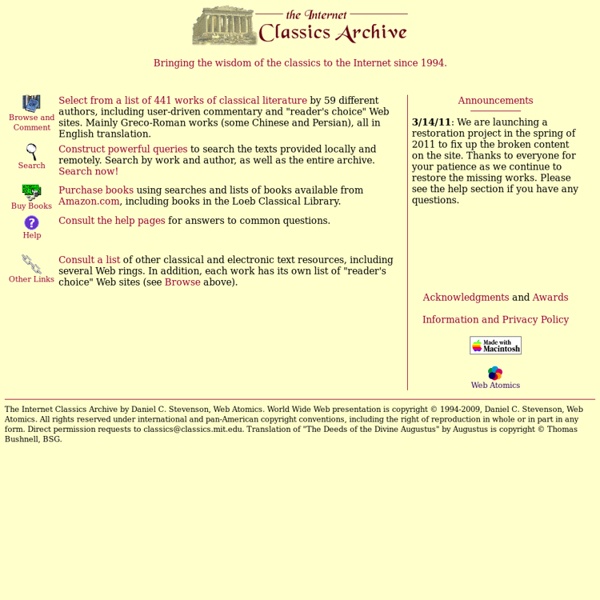 The 20 Oldest Books of All Time If you were asked to name an old book, you would probably name something by Homer. Perhaps you might think of Beowulf. Someone religiously minded might mention Vedic texts, or perhaps the earliest writings found in the Hebrew Bible. While these literary classics are, indeed, old, a learned library science professional could probably tell you that the earliest books are from the ancient cultures of Mesopotamia and the Middle East: Sumerian, Akkadian and Egyptian. Yuval Noah Harari: ‘Homo sapiens as we know them will disappear in a century or so’ Last week, on his Radio 2 breakfast show, Chris Evans read out the first page of Sapiens, the book by the Israeli historian Yuval Noah Harari. Given that radio audiences at that time in the morning are not known for their appetite for intellectual engagement – the previous segment had dealt with Gary Barlow’s new tour – it was an unusual gesture. But as Evans said, “the first page is the most stunning first page of any book”. If DJs are prone to mindless hyperbole, this was an honourable exception. The subtitle of Sapiens, in an echo of Stephen Hawking’s great work, is A Brief History of Humankind.

Internet History Sourcebooks Internet Ancient History Sourcebook The Internet Ancient History Sourcebook has expanded greatly since its creation, and now contains hundred of local files as well as links to source texts throughout the net. See Introduction for an explanation of the Sourcebook's goals. See the Help! page for all the help on research I can offer. Digital Library - Main Page PinkMonkey.com Digital Library With online access to 1,800 literary classics, our Digital Library makes your school or community library available to you 24 hours a day, seven days a week! Books are listed by title Click on the appropriate letter to see all titles that start with that letter. Mimesis Erich Auerbach (1892-1957) was a German Jew trained in the German philological tradition. Forced to flee Germany, he spent the war years in Istanbul, where he wrote his greatest work, Mimesis: The Representation of Reality in Western Literature. After the war, Auerbach came to the United States, where, from 1950 to his death, he was a professor at Yale.

50 Fictional Days Immortalized in Literature Today is April 4th, the day on which George Orwell’s 1984 famously begins—in the year 1984, of course (a year that seems rather closer than usual right now). Inspired by this literary holiday of sorts, I went out in search of other notable fictional dates—that is, specific days on which something interesting happens in literature (as opposed to actual events that are reported in novels, as background or otherwise). I’m sure there are an infinite number of these out there, but there are also an infinite number of books in which the author never pins down the events at all, rather letting them float in the reader’s imagination—an approach that certainly has its merits. But if you are an obsessive planner and list-maker (like certain people, not me, not me at all), you enjoy knowing exactly what has happened, and what will happen, and when—even if said events are made up.

Who were the Mongols? Around 500 BCE, a tribe of nomadic people called the Mongols lived in Asia. The Mongols were traders and herdsmen. They herded sheep and traded horses with the ancient Chinese and Persians. World's Virtual Library (165,000+ FREE eBooks, eTexts, On-Line Books, eDocuments) n Welcome! Over the last decade, a quiet revolution has been going on in the development of a large library of "digital" or "electronic" books. While there are still large gaps, a very substantial body of "Western" thought is available in the form of downloadable or on-line books. Most major writers, from Plato to Hemingway, Fitzgerald, Proust, or John Le Carre, are accessible on the Internet. Subjects range from the highly scholarly to the contemporary and popular -- especially as more commercial publishers discover the virtues of "on-line" distribution. This index is intended as a "Meta-index" for most major eBook sites, along with thousands of smaller specialized sites.

GUEST POST: To Test or Not To Test? That Is Not The Question — The Learning Scientists Craig Westby is the Deputy Head Teacher at Old Hill Primary School, England. Craig has been teaching for over 15 years from Reception (4-5yrs) - Year 6 (10-11yrs). In 2017, he became Interim Head Teacher whilst his school supported another but for the time being, is very much happily teaching and exploring cognitive science to improve student outcomes. Together with his colleague and Assistant Head, Carl Badger, and having received a grant from the Institute for Effective Education (IEE), Craig is currently trialling how retrieval practice can improve outcomes in primary schools. You can find Craig on Twitter at @eggegg80.

Sorry, Ebooks. These 9 Studies Show Why Print Is Better Don’t lament the lost days of cutting your fingers on pristine new novels or catching a whiff of that magical, transportive old book smell just yet! A slew of recent studies shows that print books are still popular, even among millennials. What’s more: further research suggests that this trend may save demonstrably successful learning habits from certain death. Take comfort in these 9 studies that show that print books have a promising future: GREAT MILITARY BATTLES At the height of the Assyrian Empire (700 BC) she possessed the most powerful army yet seen in the ancient world, and would go on to dominate the for three hundred years. Expansion began in the reign of King Ashurnasirpal II (883 – 859) BC whose campains would reveal the true military skill on which the Assyrians would conquer, their superior tactics and technology in siege warfare. In his first campaign, Ashurnasirpal captured five cities in an era when other warlords would have regarded the capture of one a successful conclusion to hostilities.