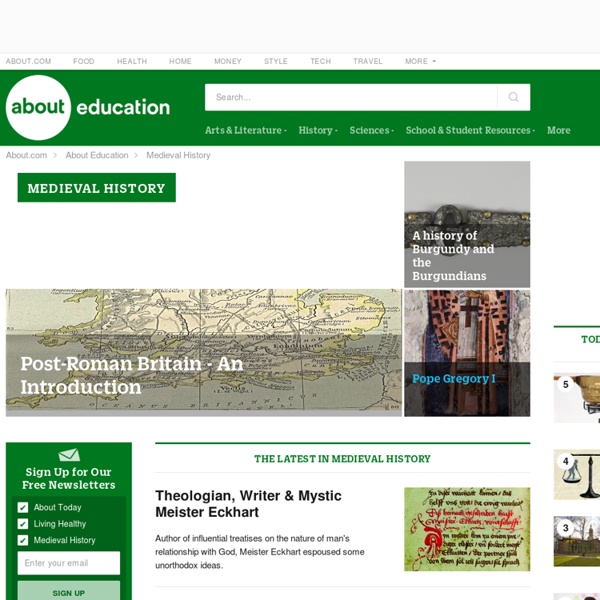 Home Click here to jump straight to the articles: Original Preface. The Catholic Encyclopedia, as its name implies, proposes to give its readers full and authoritative information on the entire cycle of Catholic interests, action and doctrine. What the Church teaches and has taught; what she has done and is still doing for the highest welfare of mankind; her methods, past and present; her struggles, her triumphs, and the achievements of her members, not only for her own immediate benefit, but for the broadening and deepening of all true science, literature and art — all come within the scope of the Catholic Encyclopedia. Designed to present its readers with the full body of Catholic teaching, the Encyclopedia contains not only precise statements of what the Church has defined, but also an impartial record of different views of acknowledged authority on all disputed questions. The work is entirely new, and not merely a translation or a compilation from other encyclopedia sources.

Medieval and Renaissance Fact and Fiction undefined This page is meant to be a guide to resources available on the Web for people who are interested in the history, culture, literature and re-creation of the Middle Ages and Renaissance. There are hundreds of sites on the Middle Ages on the Web. I know I have only a small percentage of what is out there, but I have tried to organize this site so that you will have an easier time finding what you want. Please e-mail me to let me know about good sites that I haven't included yet. Welcome to my site. Table of Contents There are two other related pages on Sharon's Medieval Web Site that you may enjoy visiting Visit my other Web Pages Sign my Guest Book Major Archives and Pages of Links Guide to Archaeology on the Internet An article in the Athena Review. The Labyrinth at Georgetown University NetSERF "The Internet Connection for Medieval Resources" Old English Pages by Cathy Ball at Georgetown University The Online Reference Book for Medieval Studies This Site includes: Archives of Documents

The Britannia Lexicon Have you always wanted to travel back in time to the Middle Ages but were hesitant because you didn't speak the language? Presenting the Britannia Lexicon of strange legal, feudal, chivalric, monastic, military and architectural terms to help you understand what those guys back then were really trying to say. In addition, we will soon be including lengthier entries on particular events, wars, movements and organizations, called "Sidebars of History" which will give a more in-depth view of life, politics and religion in medieval Britain. We wish to acknowledge the following sources used in the preparation of The Britannia Lexicon: Adams, Michael (aka Morgoth), "Feudal Terms of England (and other places)", Cormack, Patrick, "English Cathedrals", Fry, Plantagenet Somerset, "Castles of the British Isles", Humble, Richard, "English Castles, Platt, Colin, "The Abbeys and Priories of Medieval England", Thorold, Henry, "Cathedrals, Abbeys and Priories of England and Wales."

Maps to be Used for the History of Europe Euratlas Periodis Web shows the history of Europe through a sequence of 21 historical maps, every map depicting the political situation at the end of each century. Here, on the left, are 21 mini-maps giving access to 21 full maps and to 84 quarters of maps with more detailed views of the states, provinces and main cities.Moreover, each map offers a historical gazetteer. Thus you can highlight in red each sovereign state and in green each dependent entity. See the Map Legend for more details. Navigation through the atlas is easy: on the left side of the pages, you simply need to choose a century for temporal navigation. Periodis is a historical atlas of a new kind. History by Periods History is a continuous string of events among which prominent facts sometimes emerge: wars, conquests, revolutions etc. Names Names of entities mentioned in the Periodis Historical Atlas are those officially used at the considered time.

Home | Monastic Matrix Explore Byzantium Secrets of Lost Empires | Medieval Siege | Destroy the Castle by Dennis Gaffney The trebuchet was one of the most devastating weapons of the Middle Ages. During medieval sieges, this destruction machine crushed castle walls. Using trial and error, medieval engineers adjusted the trebuchet to make sure its missile hit the castle wall—and destroyed it. NOVA's science game, "Destroy the Castle," is very much like the real thing. stone ball weight sling length counterweight design distance from the castle whether to add wheels Build it right, and you will crush the wall. Build it wrong, though, and you may have to face some painful consequences. Special thanks to Jim and Fran Sammons for their help in designing "Destroy the Castle." Medieval Arms Race | NOVA Builds a Trebuchet | Life in a Castle Destroy the Castle | Resources | Transcript Medieval Siege | Pharaoh's Obelisk | Easter Island | Roman Bath | China Bridge | Site Map

Black Plague Simulation A "Time Travel" Pilgrimage/Voyage during the time of the Black Plague Your old pal Professor Sy Entz has been reworking his Time Travel Machine in the garage. You have stopped by after school and are having a conversation with him about the early Renaissance and Medeval period in Europe (he is a history buff, besides being a science genius!). You muse half-aloud, "Wouldn't it be great to travel back to the days when people wore those interesting clothes and there were fortresses and knights and damsels and all of that kind of stuff?" "Of course," mentions Professor Entz, "this was a time of great pestilence, including cholera and the Black Plague!" YOU have recently been studying bacteria and viruses, and you reply "Professor, do you know that the Plague even exists today and may someday again be a serious health problem? Professor Entz is surprised by your knowledge about this topic. "No," you reply. "Yes! "Are you still sure you would be interested in traveling back to that time?" "Oh?"

A medieval mystery - The National Archives Tax records can tell us a great deal about life in the Middle Ages. They don’t usually come with pictures, but this one does. It is a cartoon from 1233 during the reign of King Henry III. It was found on an Exchequer Roll, a kind of government document recording various payments that is stored rolled up. Tasks 1. A castlePitchforksA set of scalesA womanA crownDevils 2. 3. 4. What is the man holding? 5. Who are the people shown here? 6. Who do you think he is supposed to be? 7. What do you think these characters are supposed to be? 8. Background Persecution of the Jews The terrible treatment of Jews by the Nazi Government in the 1930s and 1940s was not a new event. At the time this roll was written Jews in England were subjected to heavy taxes, had property stolen or confiscated and were sometimes attacked. Medieval Norwich In the 13th century, Norwich was one of the largest and most important towns in England. Teachers' notes There are a number of figures in the cartoon that we can identify:

Witnesses to Joan of Arc and The Hundred Years' War Activity 1. Joan of Arc's Trials: The Testimony of the Witnesses You will be assigning excerpts from the trial transcripts to small groups of students. Allow time in class, or at home, for students to read their assigned excerpts and to prepare members of the group to role-play the person or persons in the excerpt and then, no longer role-playing, to answer questions and/or lead discussion reflecting on the excerpt. What strategy did they employ? Now, assign the excerpts you want the students to use. NOTE: The excerpt titles in the LaunchPads link directly to the page in the transcript on which the excerpt begins. The excerpts from the trial for each group are available here as Student Launchpads. What does this excerpt tell us about the events that the speaker witnessed? They should also seek to answer more general questions about what these excerpts from the trials tell us about Joan of Arc. What does this excerpt tell us about Joan's motivations? Activity 2. Activity 3.