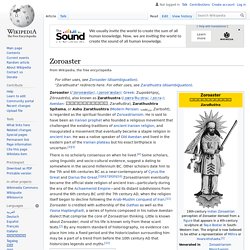 His teachings challenged the existing traditions of the Indo-Iranian religion and inaugurated a movement that eventually became the dominant religion in Ancient Persia. He was a native speaker of Old Avestan and lived in the eastern part of the Iranian Plateau, but his exact birthplace is uncertain.[6] There is no scholarly consensus on when he lived.[8] However, approximating using linguistic and socio-cultural evidence allows for dating to somewhere in the second millennium BCE. Name and etymology[edit] If Zarantuštra is the original form, it may mean "with old/aging camels",[16] related to Avestic zarant-[15] (cf. Date[edit] Place[edit] Life[edit] Disciples of Zoroaster centered in Nineveh. Tablet Magazine’s 100 Most Jewish Foods List. 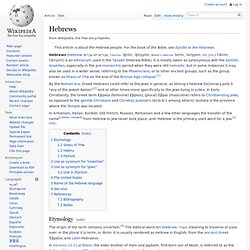 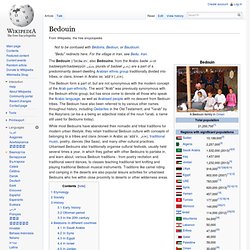 Turkish people. Turkish people (Turkish: Türkler) are a Turkic ethnic group primarily living in Turkey, and in the former lands of the Ottoman Empire where Turkish minorities have been established. 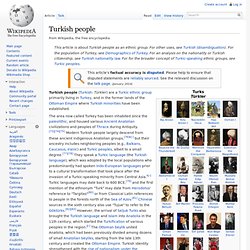 Turkey has a very diverse culture that is a blend of various elements of the Oghuz Turkic, indigenous Anatolian, Greek, Persian, Islamic, Ottoman, and Western cultures.[86] Due to the Ottoman past, the Turkish minorities are the second largest ethnic groups in Bulgaria and Cyprus. In addition, as a result of modern migration, a Turkish diaspora has been established, particularly in Western Europe (see Turks in Europe), where large communities have been formed in Austria, Belgium, France, Germany, Switzerland, the Netherlands and the United Kingdom.

There are also significant Turkish communities living in Australia, the former Soviet Union and North America. Etymology and ethnic identity[edit] Derinkuyu Underground City, the World's Deepest Subterranean Metropolis. Many of us have fantasized about having a door in our home that leads us to a hidden world, but can you imagine a buried city laying just behind the walls of your house? 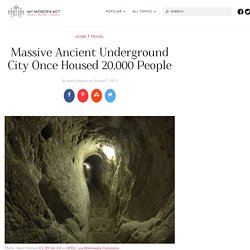 In 1963, a Turkish man knocked down a wall in his basement, only to discover the ancient 18-story underground city of Derinkuyu. At one time housing up to 20,000 people, Derinkuyu is one of the largest underground cities in the world. Located in Turkey's Cappadocia region, it's one of over 200 subterranean cities that were carved into the volcanic rock. In fact, Derinkuyu is connected to some of these subterranean settlements by tunnels that run for miles. Part of what makes it so impressive is the city's depth of over 250 feet, as well as the organization needed to meet the demands of a population living underground.

When was the underground city created? Fellah. For the Arabic word for success in the context of Islam, see Falah. 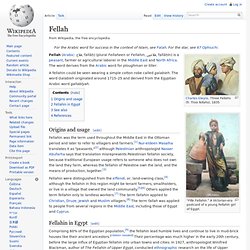 For the star, see 67 Ophiuchi. "Fille Fellahin. " A Victorian-era postcard of a young Fellahin girl of Egypt. Nubian people. The Nubians are an ethnic group originally from northern Sudan, and southern Egypt. 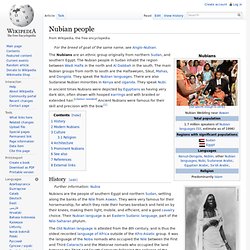 The Nubian people in Sudan inhabit the region between Wadi Halfa in the north and Al Dabbah in the south. The main Nubian groups from north to south are the Halfaweyen, Sikut, Mahas, and Dongola. They speak the Nubian languages. There are also Sudanese Nubian minorities in Kenya and Uganda. They speak Nubi. In ancient times Nubians were depicted by Egyptians as having very dark skin, often shown with hooped earrings and with braided or extended hair. History[edit] A Nubian woman circa 1900 Further information: Nubia. Amhara people. The Amhara (Amharic: አማራ? 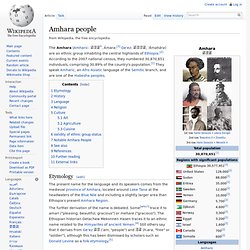 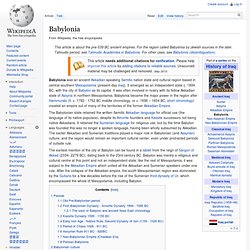 It emerged as an independent state c. 1894 BC, with the city of Babylon as its capital. It was often involved in rivalry with its fellow Akkadian state of Assyria in northern Mesopotamia. Babylonia became the major power in the region after Hammurabi (fl. c. 1792 - 1752 BC middle chronology, or c. 1696 – 1654 BC, short chronology) created an empire out of many of the territories of the former Akkadian Empire. The Babylonian state retained the written Semitic Akkadian language for official use (the language of its native populace), despite its Amorite founders and Kassite successors not being native Akkadians. It retained the Sumerian language for religious use, but by the time Babylon was founded this was no longer a spoken language, having been wholly subsumed by Akkadian. Periods[edit] Old Pre-Babylonian period[edit]