Map shows terrifying spread of ISIS and which countries they could control next. The world was largely unaware of the evil organisation until last year when it declared a so-called caliphate in Iraq and Syria. 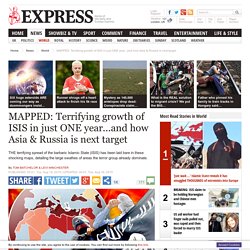 Since then ISIS jihadists have continued to spread their message of violence and murder across the globe. These alarming maps detail the full-scale of their already large network across multiple continents. The terror group already control huge areas in Iraq, Syria, Egypt, Libya and Nigeria and are moving into parts of Asia and Siberia. They are believed to have an army consisting of at least 200,000 men - eight times bigger than foreign intelligence previously estimated, according to a senior Kurdish leader.

Experts suggest that around 700 people from the UK have travelled to support ISIS organisations in Syria and Iraq. Areas under ISIS control. Gaza-Israel conflict: Is the fighting over? Image copyright EPA Fighting between Israel and Palestinian militants in the Gaza Strip is currently on hold after both sides agreed to a long-term ceasefire. 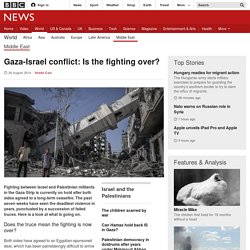 The past seven weeks have seen the deadliest violence in years, punctuated by a succession of failed truces. Here is a look at what is going on. Turkey protests spread after violence in Istanbul over park demolition. Turkey has been engulfed by a series of protests across several cities after riot police turned Istanbul's busiest city centre hub into a battleground, deploying tear gas and water cannon against thousands of peaceful demonstrators. 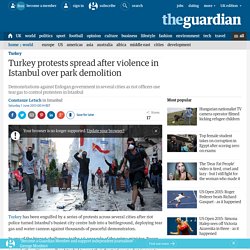 Battle for Bahrain: What One Uprising Meant for the Gulf States and Iran. After the popular uprisings that struck in Tunisia, Egypt, Libya, Bahrain, Yemen, and Syria, the surviving Middle East monarchies have come under heavy criticism in the West. 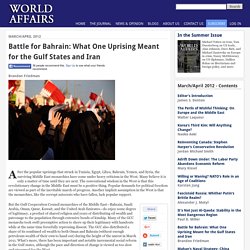 Many believe it is only a matter of time until they are next. Yemen Uprising of 2011-12. Ṣāliḥ, ʿAlī ʿAbd AllāhPresidential Press ServiceIn late January 2011—after a popular uprising in Tunisia, known as the Jasmine Revolution, had forced Pres. 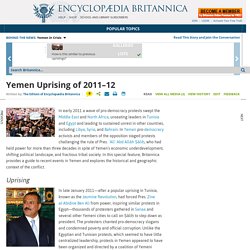 Zine al-Abidine Ben Ali from power, inspiring similar protests in Egypt—thousands of protesters gathered in Sanaa and several other Yemeni cities to call on Ṣāliḥ to step down as president. The protesters chanted pro-democracy slogans and condemned poverty and official corruption. Unlike the Egyptian and Tunisian protests, which seemed to have little centralized leadership, protests in Yemen appeared to have been organized and directed by a coalition of Yemeni opposition groups. The Yemeni demonstrations proceeded with little violence between protesters and security forces. 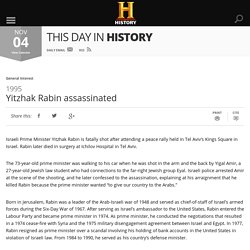 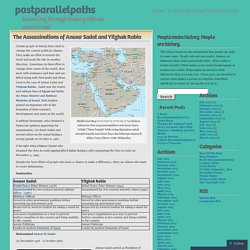 A far right-wing religious Zionist who despised the Oslo Accords signing killed Rabin during a rally supporting the Oslo Accords on November 4, 1995. Despite the best efforts of people who have a chance to make a difference, there are others who want to create disharmony. Similarities Muhammad Anwar El Sadat (25 December 1918 – 6 October 1981) Menachem Begin, Jimmy Carter und Anwar Sadat in Camp David (Photo credit: Wikipedia) He assumed the Presidency in 1970 after Gamel Abdel Nasser. Yitzhak Rabin (1 March 1922-4 November 1995) Like this: Like Loading... SADAT ASSASSINATED AT ARMY PARADE AS MEN AMID RANKS FIRE INTO STANDS; VICE PRESIDENT AFFIRMS 'ALL TREATIES' 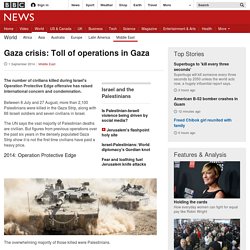 Between 8 July and 27 August, more than 2,100 Palestinians were killed in the Gaza Strip, along with 66 Israeli soldiers and seven civilians in Israel. The UN says the vast majority of Palestinian deaths are civilian. But figures from previous operations over the past six years in the densely populated Gaza Strip show it is not the first time civilians have paid a heavy price. 2014: Operation Protective Edge The overwhelming majority of those killed were Palestinians. The UN says at least 2,104 Palestinian died, including 1,462 civilians, of whom 495 were children and 253 women. An Israeli government official told the BBC that the Israel Defense Forces (IDF) had killed 1,000 "terrorists" during the assault on Gaza.

On 26 August, 50 days after the operation was launched, Israel and Palestinian factions in Gaza agreed an open-ended ceasefire brokered by Egypt. Syria Conflict. Libya Revolt of 2011. Qaddafi, Muammar al-Marwan Naamani—AFP/Getty ImagesOn February 15, 2011, antigovernment rallies were held in Banghāzī by protesters angered by the arrest of a human rights lawyer, Fethi Tarbel. 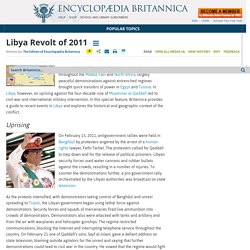 Egypt Uprising of 2011. Egypt Uprising of 2011: protester in Cairo holding signs calling for Mubārak to step downmonasoshBeginning in December 2010, unprecedented mass demonstrations against poverty, corruption, and political repression broke out in several Arab countries, challenging the authority of some of the most entrenched regimes in the Middle East and North Africa. 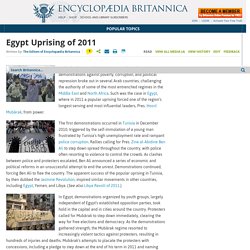 Such was the case in Egypt, where in 2011 a popular uprising forced one of the region’s longest-serving and most influential leaders, Pres. Ḥosnī Mubārak, from power. Tunisia, history of: Jasmine Revolution demonstrators celebrating victoryChristophe Ena/APThe first demonstrations occurred in Tunisia in December 2010, triggered by the self-immolation of a young man frustrated by Tunisia’s high unemployment rate and rampant police corruption. Rallies calling for Pres. Zine al-Abidine Ben Ali to step down spread throughout the country, with police often resorting to violence to control the crowds. Biography - Tunisian street vendor and protester. The Story of Mohamed Bouazizi, the man who toppled Tunisia. Mohamed Bouazizi was a 26-year-old Tunisian with a computer science degree. Like millions of angry and desperate Tunisians, he faced the unpleasant combination of poor employment prospects and food inflation. Moreover, the Tunisian government was seen as corrupt and authoritarian.

By December 17, resentment against authorities has been brewing for a while. Iraq. The First Gulf War, 1990–91 On 2 August 1990 Iraq invaded its rival oil-exporting neighbour Kuwait. The invasion was widely condemned, and four days later the United Nations (UN) Security Council unanimously approved a trade embargo against Iraq. Israel-Gaza conflict: What is an intifada? The term intifada properly translates as shaking off and in this literal sense the first two uprisings in 1987-1993 and 2000-2003 failed to achieve the goal of Palestinian autonomy or eventual independence. The first outbreak was known as the war of the stones for the constant scenes of Palestinians throwing rocks against the Israeli army and police in daily clashes. For a time the confrontation threatened to overwhelm the Israeli response. Senior leaders viewed the burden of the occupation as harmful to Israel's strategic interests and pursued a negotiated settlement with the Palestinian Liberation Organisation's leadership.