Islam's reach. Egypt’s women urge MPs not to pass early marriage, sex-after-death laws: report. Egypt’s National Council for Women (NCW) has appealed to the Islamist-dominated parliament not to approve two controversial laws on the minimum age of marriage and allowing a husband to have sex with his dead wife within six hours of her death according to a report in an Egyptian newspaper. The appeal came in a message sent by Dr. Mervat al-Talawi, head of the NCW, to the Egyptian People’s Assembly Speaker, Dr. Saad al-Katatni, addressing the woes of Egyptian women, especially after the popular uprising that toppled president Hosni Mubarak in February 2011.

She was referring to two laws: one that would legalize the marriage of girls starting from the age of 14 and the other that permits a husband to have sex with his dead wife within the six hours following her death. The controversy about a husband having sex with his dead wife came about after a Moroccan cleric spoke about the issue in May 2011. “This is very serious. Oxford exploitation trial: Girl 'burned with lighter'

17 January 2013Last updated at 11:05 ET The nine men, from Berkshire and Oxfordshire, are accused of sexually exploiting six girls, aged between 11 and 15 A 12-year-old girl who was repeatedly raped by a group of men was also made to have a back-room abortion after falling pregnant, a court has heard. 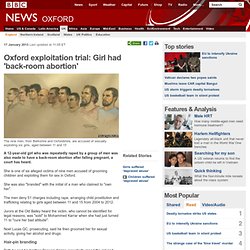 She is one of six alleged victims of nine men accused of grooming children and exploiting them for sex in Oxford. She was also "branded" with the initial of a man who claimed to "own her". The men deny 51 charges including rape, arranging child prostitution and trafficking relating to girls aged between 11 and 15 from 2004 to 2012. Jurors at the Old Bailey heard the victim, who cannot be identified for legal reasons, was "sold" to Mohammed Karrar when she had just turned 11 to "cure her bad attitude".

Noel Lucas QC, prosecuting, said he then groomed her for sexual activity, giving her alcohol and drugs. Hair-pin branding "He regarded her as his property. 'Want to be loved' The defendants are: In France, Prisons Filled With Muslims. SEQUEDIN, France -- Samia El Alaoui Talibi walks her beat in a cream-colored head scarf and an ink-black robe with sunset-orange piping, an outfit she picked up at a yard sale. 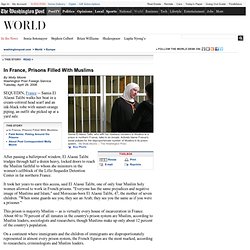 After passing a bulletproof window, El Alaoui Talibi trudges through half a dozen heavy, locked doors to reach the Muslim faithful to whom she ministers in the women's cellblock of the Lille-Sequedin Detention Center in far northern France. It took her years to earn this access, said El Alaoui Talibi, one of only four Muslim holy women allowed to work in French prisons. "Everyone has the same prejudices and negative image of Muslims and Islam," said Moroccan-born El Alaoui Talibi, 47, the mother of seven children. L'islam, première religion carcérale en France. 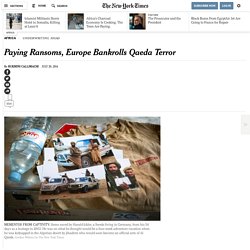 French-Muslim-leaders-denounce-ISIS-brutality- French Muslims back Middle East Christians against ISIS. Published time: September 09, 2014 17:41 A man holds a banner during a demonstration on August 23, 2014 in Paris called by the French Kurdish associations federation (Feyka) in support of Kurds and Yazidis in Iraq, to support Kurdish forces fighting the Islamic State (IS), and to demand humanitarian help for the populations that have fled (AFP Photo / Fred Dufour) The Muslim Council of France (CFCM) in a joint statement with a Christian group denounced the persecution of Middle East Christians by the Islamic State in Iraq and Syria and said mosques across France would pray for them this week. 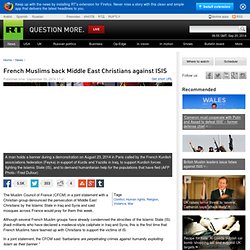 Although several French Muslim groups have already condemned the atrocities of the Islamic State (IS) jihadi militants who have declared a medieval-style caliphate in Iraq and Syria, this is the first time that French Muslims have teamed up with Christians to support the victims of IS. “The issue of Middle East Christians is not only one for Christians. Oklahoma Muslims To Hold Rally Against ISIS. OKLAHOMA CITY - Oklahoma Muslims will hold a rally Friday afternoon in Oklahoma City, to publicly denounce ISIS and religious extremism in the name of Islam. 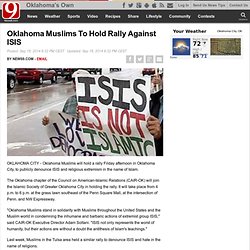 The Oklahoma chapter of the Council on American-Islamic Relations (CAIR-OK) will join the Islamic Society of Greater Oklahoma City in holding the rally. It will take place from 4 p.m. to 6 p.m. at the grass lawn southeast of the Penn Square Mall, at the intersection of Penn. and NW Expressway. "Oklahoma Muslims stand in solidarity with Muslims throughout the United States and the Muslim world in condemning the inhumane and barbaric actions of extremist group ISIS," said CAIR-OK Executive Director Adam Soltani. "ISIS not only represents the worst of humanity, but their actions are without a doubt the antithesis of Islam's teachings. " German Muslims hold day of protest against ISIS jihadists. Jews and Arabs refuse to be enemies: Social media campaign goes viral (PHOTOS)