Derek Sivers: How to start a movement 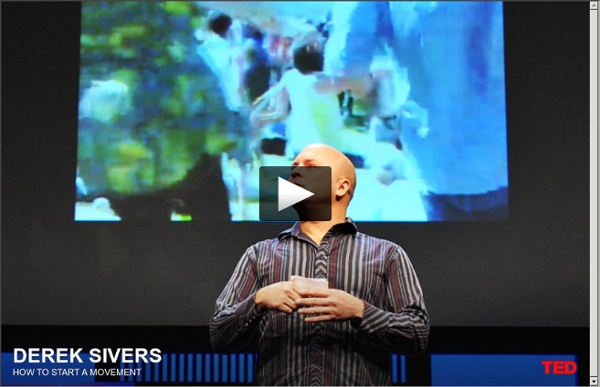 Teaching English to Second Language Learners by fi2 (Miscellaneous) - ProZ.com translation articles Teaching english to second-language learners Many translators and other well-versed in English people around the world engage in a form of language-related labour: teaching English to second language learners. This activity can be both rewarding and pleasurable and off-course produce income. Those who engage in this activity do it either with professionals willing to learn English for work or with students of various grades needing improvement in this subject. Eco-city Inside a One Kilometer Crater in Siberia Eco-city 2020 is a proposal for the rehabilitation of the Mirniy industrial zone in Eastern Siberia, Russia designed by the innovative architectural studio AB Elis Ltd. The project would be located inside a giant man-made crater of more than one kilometer in diameter and 550 meters deep that used to be one of the world’s largest quarries. The idea is to create a new garden city that will be shielded from the harsh Siberian environmental conditions characterized by long and severe winters and short hot summers. The new city would attract tourists and residents to Eastern Siberia and would be able to accommodate more than 100,000 people.

Ingredient without which a great speech can’t exist What is your favorite movie of all time? We all like to watch movies because we can live another life for about an hour and a half. Imagine a movie without any special effects and computer graphics. How to tell in 15 minutes whether someone likes you - by Bridget Webber Bridget Webber's image for: "Body Language that Shows when someone of the Opposite Sex Fancies you" Caption: Is There A Peak Age for Entrepreneurship? Editor’s note: Adeo Ressi, is the founder of The Founder Institute and TheFunded.com In this guest post he argues against ageism when it comes to to entrepreneurs. Ressi is 39. The recent articles proclaiming that 25 is the peak age for entrepreneurship deserve a considered and factual response. The demographic and racial profiling that has plagued venture capital and tech entrepreneurship has a new friend—ageism. This has to stop. Anecdotal Evidence:

Visual Literacy Activities with Online Resources Last week I talked about visual literacy in Visual Literacy Activities with Children's Picture Books. I suggested children's picture books make a natural place to start teaching kids about visual literacy. Here are some online resources I've found that also support visual literacy. 19-Year-Old Develops Cleanup Array To Remove 7,250,000 Tons Of Plastic From Oceans Another young creative mind working towards bettering our world. 19-year-old Boyan Slat has revealed his plans to the world regarding his Ocean Cleanup Array that could remove 7,250,000 tons of plastic waste from the world’s oceans. The revolutionary device consists of an anchored network of floating booms and processing platforms that could be dispatched to garbage patches around the world. Instead of moving through the ocean, the array would span the radius of a garbage patch, acting as a giant funnel.

7 Public Speaking Tips From the World's Best Speakers & Presenters [SlideShare] It’s 7:54 on a frigid January morning in San Francisco. You’re waiting outside the Moscone Center, in a queue of several thousand people, many of whom have been camping out in the cold for over 12 hours. The security detail for this event rivals the Democratic National Convention. Another hour passes before you’re comfortably seated in a giant auditorium that’s crackling with anticipation. Finally, at 9:43 a.m., the moment you’ve been waiting for arrives. The thin, soft-spoken man gracing the stage in his signature turtleneck and jeans, clears his throat, takes a sip from his water bottle, then pauses for a full 12 seconds before uttering these words:

Debate A Debate among Scholars Razmnama illustration Debate is contention in argument; dispute, controversy; discussion; especially the discussion of questions of public interest in Parliament or in any assembly.[1] Debate is a method of interactive and representational argument. Debate is a broader form of argument than deductive reasoning, which only examines whether a conclusion is a consequence of premises, and factual argument, which only examines what is or isn't the case, or rhetoric, which is a technique of persuasion. Though logical consistency, factual accuracy and some degree of emotional appeal to the audience are important elements of the art of persuasion, in debating, one side often prevails over the other side by presenting a superior "context" and/or framework of the issue, which is far more subtle and strategic. The outcome of a debate depends upon consensus or some formal way of reaching a resolution, rather than the objective facts as such.

How Many Hours Should a Startup Employee Work? Every so often I get drawn into the debate about startup employees and how much they should work. Should you hire workaholics? Is it expected that startup employees work 100+ hours per week? Get anyone to like you Get anyone to like you - Instantly - Guaranteed If you want people to like you, make them feel good about themselves. This golden rule of friendship works every time - guaranteed! The principle is straightforward. If I meet you and make you feel good about yourself, you will like me and seek every opportunity to see me again to reconstitute the same good feeling you felt the first time we met. Unfortunately, this powerful technique is seldom used because we are continually focused on ourselves and not others.