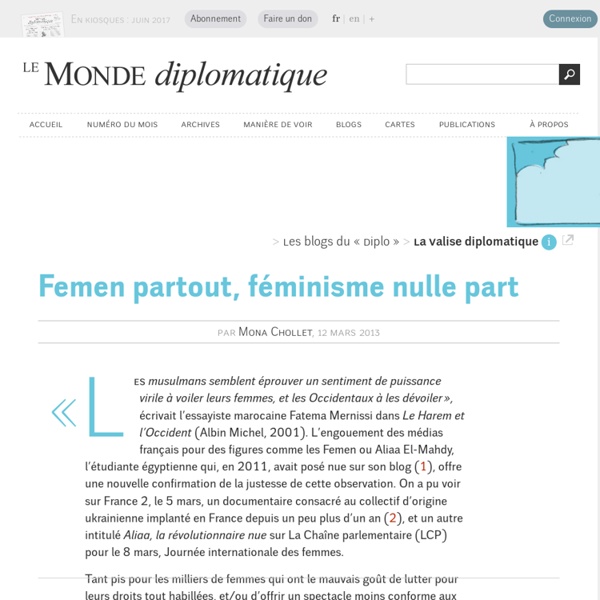 Judy Chicago’s The Dinner Party (by Jane Davila) I’m going to do my best with a work and artist who is near and dear to June’s heart. Feel free to jump in, June and anyone else, with more and better insights. The work is permanently installed at the Brooklyn Museum and is now open to the public. The description of the exhibit: The Dinner Party, an important icon of 1970s feminist art and a milestone in twentieth-century art, is presented as the centerpiece around which the Elizabeth A. Growing Out My Bush Day 180 - From Bare to Bush It’s been 180 days since the inception of this (almost accidental) project. True, I meant to start a blog that documented my pubic hair regrowth, but I never in a million years envisioned that it would become such a renown and adored fixture within Tumblr society. I never thought I’d create a post that received over 100 thousand notes on it on this platform alone and has appeared within countless other venues on the internet.

Lidia Triptych for Little Girls This work investigates the consequences that centuries of education, tailored by a patriarchal society, have given to generations of women making them loose their identity and sense of reality. Urban political performance about human beings' state in this world of globalization.

Listen up, women are telling their story now I have been waiting all my life for what 2014 has brought. It has been a year of feminist insurrection against male violence: a year of mounting refusal to be silent, refusal to let our lives and torments be erased or dismissed. It has not been a harmonious time, but harmony is often purchased by suppressing those with something to say. It was loud, discordant, and maybe transformative, because important things were said – not necessarily new, but said more emphatically, by more of us, and heard as never before. It was a watershed year for women, and for feminism, as we refused to accept the pandemic of violence against women – the rape, the murder, the beatings, the harassment on the streets and the threats online. Women’s voices achieved a power that seems unprecedented, and the whole conversation changed.

Riot Grrrl – Subcultures and Sociology History The band Bratmobile playing live in 1994. Photo credit: Wikipedia Riot Grrrl, a group mainly comprised of white females that identified as “punk-feminists,” emerged in the early 1990s in Washington, D.C.and Olympia, Washington (Downes 2012).The term Riot Grrrl stems from Allison Wolfe and Molly Neuman, members of the feminist punk band Bratmobile, who coined the phrase “girl riot.” Jen Smith then created the term “grrrl” and later “Riot Grrrl” through the expression “angry grrrl zines” devised by Tobi Vail (Downes 2012). Men, if you really think you’re a feminist here’s what to do when a woman says you’re being sexist There’s a conversation I’ve had with men more times than I care to recount and it goes a bit like this: Me: “Hey, that’s a sexist thing to say.” Man: “ME?

sans titre The women of Latin America are on fire right now with their activism and protest as they fight not only for their rights, but for their very lives. In Argentina, a feminist arts collective demanded that the lives of women be taken seriously. **Warning: Nudity, and if you speak Spanish, there are some harsh statistics about violence against women.** We’ve written before about the femicide epidemic in Latin America.