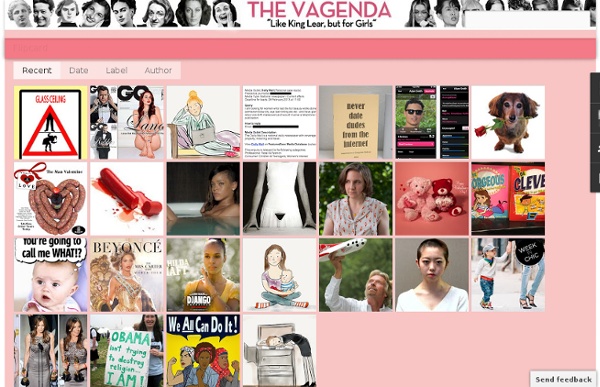 This Image Should NOT be Seen by the Whole World Chief Raoni Metuktire of Brazil’s Kayapó If your response is either “I shared it and this is not what I meant!” or “The ends justify the means!” then consider this: Follow Up Post Why is Chief Raoni Metuktire of Brazil’s Kayapó tribe crying? According to a popular meme, it is because he received devastating news about the Belo Monte hydroelectric dam. Madonna earns the wrath of Joyce Banda - full statement We had been studiously avoiding coverage of Madonna's latest trip to Malawi, but such is the deliciousness of the excoriating 11-point press release put out yesterday by Joyce Banda that we couldn't resist wading in. These two had previous — Madonna's people had scapegoated Banda's sister over a botched school project — and the latest visit was something of a surprise, as the singer was widely supposed to have been declared persona non grata. Last week Madonna sent Banda a weird overfamiliar hand-scrawled note which seemed to anger Banda to the extent that she immediately leaked it. Claims and misgivings have been expressed by Pop Star, Madonna and her agents, against the Malawi Government and its leadership for not giving her the attention and courtesy that she thinks she merits and deserves during her recent trip to Malawi.

Helpful Advice For Talking To Men Who Think Misandry Is A Thing Autostraddle Editors’ Note: There aren’t a lot of men here in our ladyspace, because we’re radical leftist tree-hugging hemp-eating man-hating lesbians, OBVIOUSLY. But as you’ve possibly noticed, half — 50 entire percent! — of the world is men. Yup. All men. Growing Out My Bush Day 180 - From Bare to Bush It’s been 180 days since the inception of this (almost accidental) project. True, I meant to start a blog that documented my pubic hair regrowth, but I never in a million years envisioned that it would become such a renown and adored fixture within Tumblr society.

rosiesaysblog I was out to dinner last week with two new friends who are awesome, smart, talented, progressive in-the-know feminist ladies. Like seriously, they are rock stars. We were talking politics and media, gender studies and feminism (you know, the $1 taco usual), and I mentioned the Bechdel Test. In response, I got blank stares. Listen up, women are telling their story now I have been waiting all my life for what 2014 has brought. It has been a year of feminist insurrection against male violence: a year of mounting refusal to be silent, refusal to let our lives and torments be erased or dismissed. It has not been a harmonious time, but harmony is often purchased by suppressing those with something to say. It was loud, discordant, and maybe transformative, because important things were said – not necessarily new, but said more emphatically, by more of us, and heard as never before. It was a watershed year for women, and for feminism, as we refused to accept the pandemic of violence against women – the rape, the murder, the beatings, the harassment on the streets and the threats online.

An open letter to Caitlin Moran About a month ago, an NPR headline caught my eye. “Not a feminist? Caitlin Moran Asks, Why Not?”; I mean… I’m a hardcore feminist and I lie at the intersection of a lot of oppressions. People have long lamented that feminists haven’t been able to make a very big dent into the mainstream media and popular culture. So this could be good. The Fake Male Feminist Chicanery by Minh Nguyen Some personal thoughts on this wily breed … This last summer, a straight male friend and I cozied up on his sofa with his laptop and, to sate my nosiness, perused his OkCupid account. My friend received a graduate degree in gender studies and is intimidatingly informed about both theoretical and pop feminism, which was invariably conveyed on his dating profile. In his inbox, women responded positively to his profile’s reference of the ”manic pixie dream girl” trope ( “I’m just so glad you know about that,” they lauded. “It’s so refreshing to see a guy get it.”

When Men on the Left Refuse to See Their Sexism TRIGGER WARNING: This post cites examples of misogynistic language, gender slurs, sexual objectification, and other forms of sexist oppression. A couple of weeks ago, I came across an article on Vice that was oddly titled, “You’re a Pussy If You Think There’s a War on Men.” It seemed clear that the author, Harry Cheadle, was referring to an awful “reverse sexist” and anti-feminist article about “The War on Men,” which asserts that women are to blame for the “dearth of good men” and must “surrender to their nature” while letting “men surrender to theirs.” Cheadle writes in defense of feminism and exposes the absurdity of claiming that men are “oppressed” by women. While I agree with his arguments that men need to stop blaming and fearing women, the sexist use of the word “pussy” in his title couldn’t be overlooked.

The fourth wave of feminism: meet the rebel women The campaign for women's liberation never went away, but this year a new swell built up and broke through. Since the early summer, I've been talking to feminist activists and writers for a short book, All The Rebel Women, and as I tried to keep up with the protests, marches and talks, my diary became a mess of clashing dates. The rush was such that in a single weekend in October, you could have attended a feminist freshers' fair in London, the North East Feminist Gathering in Newcastle, a Reclaim the Night march in Edinburgh, or a discussion between different generations of feminist activists at the British Library (this sold out in 48 hours, was moved to a room four times bigger, and sold out again).