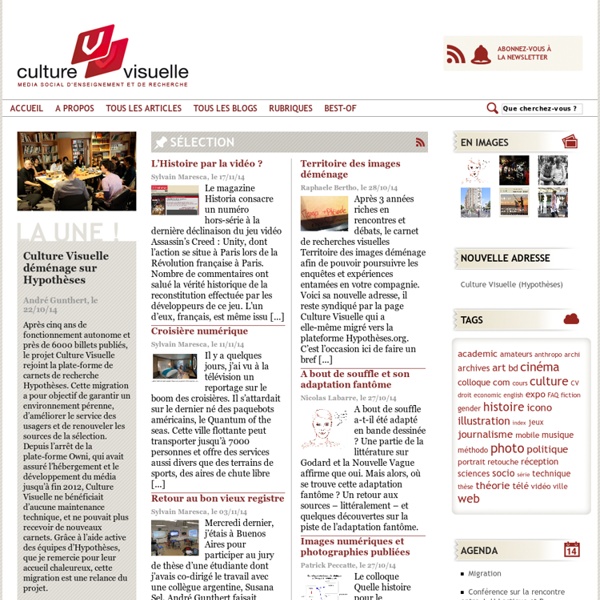 How many friends do you have? « Paola Tubaro's Blog Pollet, T., Roberts, S., & Dunbar, R. (2011). Use of Social Network Sites and Instant Messaging Does Not Lead to Increased Offline Social Network Size, or to Emotionally Closer Relationships with Offline Network Members Cyberpsychology, Behavior, and Social Networking, 14 (4), 253-258 DOI: 10.1089/cyber.2010.0161 I recently happened to read this new article (access here). #Occupy movements What is the 'Occupy' movement? Is it a movement, even, or a tactic? Why are there no substantial and coherent demands, and is this an aspect itself of the desire to achieve real democracy? Are its beginnings in the call by Adbusters to 'Occupy Wall Street' on September 17th, 2011, providing the catalyst to Occupations in over 95 cities across 82 countries in the following winter? Or can we trace the movement back to the Arab Spring, or further still, to Tiananmen Square?

Bridging the Generational Tech Gap - Great Colleges to Work For 2011 By David D. Perlmutter Over the last two years, our department of journalism and mass communication has hired five new tenure-track faculty members. West 86th - Kafka - From the Desk of Roland Barthes Ben Kafka Ben Kafka's article will be appearing in the Vol. 18 No. 2 / Fall 2011 print edition of West 86th. This is an exclusive online preview of his forthcoming article. In this essay, the author examines a brief account by the historian Jacques Le Goff of Roland Barthes's years as an administrator in the Sixth Section of the École Pratique des Hautes Études (which eventually became the EHESS). This account provides an opportunity for a more sustained reflection on writing, paperwork, and the problem of the materiality of communication. The author argues that some recent scholarship in book history, media studies, and related fields has neglected the unconscious dimensions of communication.

Photographs Do Not Bend: contemporary photographers Archives Research: Sam Taylor Wood, Still Life (video stills), 2001 In the arts, vanitas is a type of symbolic work of art especially associated with Northern European still life in Flanders and the Netherlands in the 16th and 17th centuries though also common in other places and periods. The word is Latin, meaning "emptiness" and loosely translated corresponds to the meaninglessness of earthly life and the transient nature of Vanity. social-media-propaganda-posters from mymodernmet.com Etsy merchant Justonescarf from Feeding Hills, Massachusetts has made some pretty awesome social media propaganda posters that will make you think twice about which sites you spend the most time on. Are you always going back and forth between Facebook and Twitter? Have you started to use Google +?

Learn the history of typography, find typefaces Guidelines and quick tips Please use your real First and Last Name when creating an account, it will help us better track edits and resolve edit conflicts, if any.Please use the search function before adding a new POI (avoid duplicates)Please document your edits (provide photo credit link, source links for the text and samples)We own the platform (webapp and mobile apps), users own the content. Users are responsible for the content of the POI they create (information accuracy and references). It is up to every user to allow foreign edits from other users (by using the ”lock POI” feature in the Edit POI view or not). Every contribution to another user's POI is considered “voluntary work”, falls under the proprietorship of the POI creator, cannot be claimed back or disputed.*Please be aware that the content you provide might be pushed to the mobile apps which are sold in Apple App Store and Google Play.

Social Network Wars: How The Five Major Platforms Stack Up [INFOGRAPHIC] Most people don't have the social steam to power a presence on Google+, Facebook, Twitter, LinkedIn and Tumblr. Sure, there are handy apps like Twitterfeed and Hootsuite that can help spread one post to all of your networks, but that ignores the individual strengths and weaknesses of each platform. When it comes time to pick and choose where you post, this chart can help you decide what's appropriate for you. Can an algorithm be wrong? Twitter Trends, the specter of censorship, and our faith in the algorithms around us The interesting question is not whether Twitter is censoring its Trends list. The interesting question is, what do we think the Trends list is, what it represents and how it works, that we can presume to hold it accountable when we think it is “wrong?” What are these algorithms, and what do we want them to be? (Cross posted from Culture Digitally.)