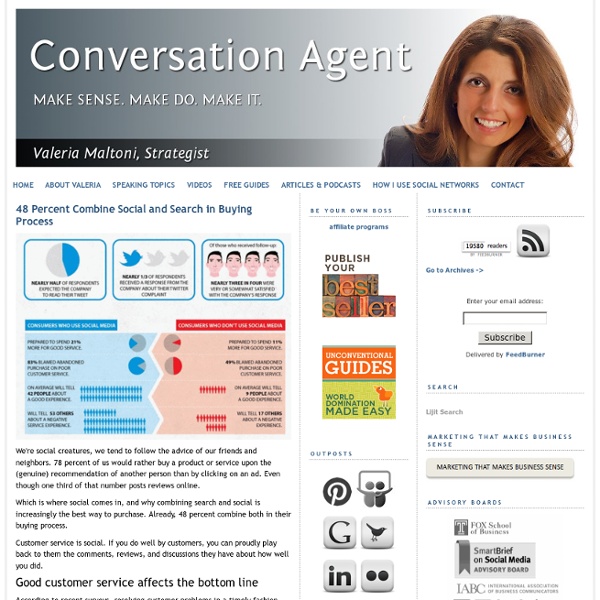 The match-making market to connect companies and teams with candidates who possess the right skills is ripe for change. As is the case with many industries, the first phase of technology integration is about transferring offline or analog processes online. In the recruitment industry, we saw a generation that helped assist companies and candidates by putting them all onto one platform, then using a keyword optimized version of search to take people from awareness though consideration and conversion. Think Monster.com, CareerBuilder.com, Indeed.com and TheLadders.com. Each built a slightly different experience by layering other offerings on top of helping answer the basic questions. For simplicity-sake:

The Wisdom of Not Understanding Ben Radford Volume 22.3, Fall 2012 About two years ago during a conversation, a friend of mine mentioned a movie she thought I’d really like. In fact it was a documentary, and as a fan of docs, I was eager to hear more about it. “You’d find it interesting,” she said. MarketingProfs Daily Fix Featured Post by Jeannette de Beauvoir New positions are taking starring roles in the marketing world. Beth's Blog: How Nonprofit Organizations Can Use Social Media to Power Social Networks for Change Soren Gordhamer,Wisdom 2.0 Summit Organizer I am filled with gratitude to Soren Gordhamer for his vision of bringing together an amazing group of people who work in the area of mindfulness and technology for Wisdom 2.0, a three-day event aimed at addressing an compelling issue: "The question for most of us is not if we will use the technologies of our age, from cell phones to social media, the question is how can we do so with mindfulness, meaning, and wisdom?" Soren is the author of the book, "Wisdom 2.0" and writes about mindfulness and technology use for Huffington Post and on Mashable. If you want to explore the intersection of technology use and mindfulness, follow Soren's work. Technology stress and information overload have been around for decades. I've been looking for ways to reduce techno stress since I first started working in the nonprofit technology field in 1992.

Curation Becomes Social: Pearltrees Launches 'Team' Version Posted by Tom Foremski - December 7, 2010 [For much of this year I have been working with Pearltrees, which offers a visual web site curation service based on the visual metaphor of 'pearls' please see below for an example.] Pearltrees this week launched a "Team" version of its curation service that allows groups of people to collaborate on curating a topic.

How to Manufacture Desire: An Intro to the Desire Engine Type the name of almost any successful consumer web company into your search bar and add the word “addict” after it. Go ahead, I’ll wait. Try “Facebook addict” or “Twitter addict” or even “Pinterest addict” and you’ll soon get a slew of results from hooked users and observers deriding the narcotic-like properties of these web sites. How is it that these companies, producing little more than bits of code displayed on a screen, can seemingly control users’ minds? Why are these sites so addictive and what does their power mean for the future of the web? We’re on the precipice of anew era of the web.

a shel of my former self Posted on April 8, 2014 11:29 am by Shel Holtz | Brands I’m an Eat24 customer. The restaurant delivery service offers a lot of local businesses here in Concord, so whenever we don’t feel like cooking or going out, I just fire up the Eat24 app on either my phone or tablet. Web Strategy by Jeremiah Owyang By Jeremiah Owyang, from Silicon Valley In many respects, Silicon Valley sits atop the world. Its growth and influence has made it the globe’s top location for innovation, STEM jobs, IT patents, venture capital funding, and Internet and software growth, and Unicorn startups galore. And yet there’s also been a shift in the Valley’s culture.

Social networking sites are a 'modern form of madness' The way in which people frantically communicate online via social networking sites such as Twitter and Facebook can be seen as a modern form of madness, according to the leading sociologist. Sherry Turkle, a professor at the Massachusetts Institute of Technology, writes in her new book, Alone Together: “A behaviour that has become typical may still express the problems that once caused us to see it as pathological.” She explains that people are become isolated from reality due to such social networking sites because technology is dominating our lives and making us "less human".

Purple Goldfish Project #21. From John Phelps Jr. “We have a little example of lagniappe here at GG, LLC. To generally promote our online shopping business, both the non-profit fundraising application and the employee benefit program, we sponsor a discount prescription drug card. How to Customize Your Facebook Page Using Static FBML Important Note: Facebook no longer supports FBML. Please refer to the articles on Facebook iFrame. Is your Facebook page dull and uninviting? Maybe you’ve seen those really attractive Facebook pages and wondered, “How’d they do that?” Given Facebook’s powerhouse status for marketers, isn’t it time you upgraded your Facebook page?