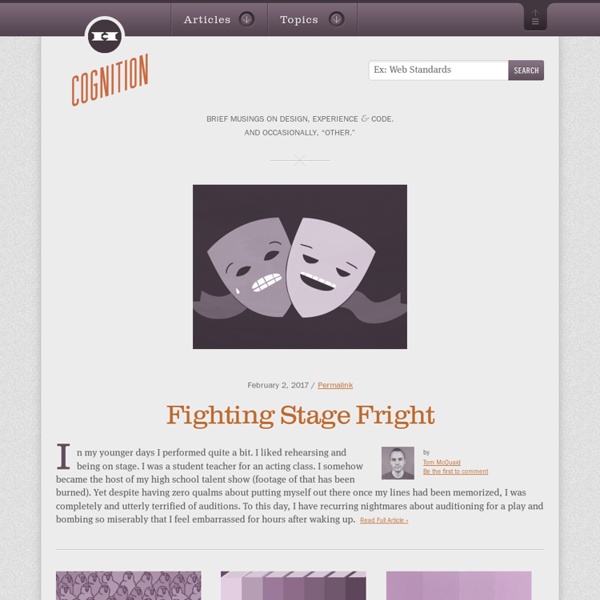 The Wisdom of Not Understanding Ben Radford Volume 22.3, Fall 2012 About two years ago during a conversation, a friend of mine mentioned a movie she thought I’d really like. In fact it was a documentary, and as a fan of docs, I was eager to hear more about it. I had indeed heard of the film, a New Agey jumble of pseudoscience and mysticism about supposed links between consciousness and quantum physics, produced by followers of J.Z. Not wanting to get into an argument with my friend, I just let the conversation trail off. She assumed that the reason she didn’t understand the film’s information was be­cause she had no background in science. Most commonly, the person assumes, as my friend did, that the problem lies with the listener. Less often, the problem lies with the speaker’s inability to effectively communicate—perhaps he or she does not share the same native language as the listener, is disorganized, or has a speech impediment for example. Fuzzy thinking and fuzzy language often go hand in hand.

Draw on any webpage. Share your ideas. - MarkUp If You Love Your Brand, Set It Free The practice of branding is undergoing a deep transformation — a change brought about by our kaleidoscopic postmodern culture, the development of communication technology and rapid globalization. In prior decades, brand managers aimed to establish their products and services primarily by way of consistency and repetition. A brand’s voice and message were to be the same, independent of marketing channel. The goal of the designer was to define identity systems that would ensure compliance and coherence in all of the brand’s manifestations, as codified in brand identity style guides. The Reasons For Brand Consistency More after jump! Further Reading on SmashingMag: It was a post-war time of optimism about the capability of standardization to drive progress — a notion whose origins stem from scientism, the industrial revolution and the workings of capital. Embrace Brand Fluidity But we now live in a different context. This is not an entirely new concept. The Playful, Adaptive Brand (al)

We're Designers - Studio83 User feedback and concept testing with Verify The Buzz Bin ExperienceBlogger Blog e Web 2.0: Strumenti e Risorse su Online Publishing, Internet Marketing, Search Engine Optimization, Web Design, Comunicazione Visiva e Collaborazione Online Josh Puckett | Portfolio How to Manipulate People For Fun (and Profit) When you’re building a website, the secret to building a large audience of readers and customers fast is all about “pulling triggers.” Emotional “hot” triggers. And while some people call this manipulation, the truth is that it’s just smart marketing. That said, today I want to share with you a simple, easy-to-replicate formula for pulling the most powerful “hot trigger” of them all. Not only can this generate a tremendous amount of attention for you and your business, it can rally your fans like nothing I’ve ever seen before… EVER. To get started, let’s delve into some interesting research that shows you why this is all possible. What Makes Content Go Viral? About a year ago I revealed the secret behind what makes online content go viral. It was based off research from Jonah Berger of Wharton Business School, and the answer was as simple as this: And that’s why the big secret behind building a large audience is all about pulling emotional triggers. First, let’s start with Outrage. Every. 1. 2.

On iOS Devices, Native Apps Trump Web Apps (Infographic) Appsfire, one of the leading mobile app discovery platforms, has analyzed 1,000 devices from its users to gain some insight with regards to the native app vs. Web app debate. It’s 2011, so the research was of course comes accompanied by an infographic. The infographic, which you can find below, is pretty self-explanatory. While Web apps accessed through mobile phones become more powerful every day, native applications still seem to dominate. According to Appsfire, owners of iOS devices typically spend only 10 percent of their time in a mobile browser, inclusive of Web apps. Other results of its research: - the median iOS user actively installs 88 apps (i.e. excluding pre-installed apps) - 23 percent of apps on a device are paid apps - 32% of time spent on native apps (not including telephony or mail) goes to gaming Also see: Each iOS Device Has Downloaded More Than 60 Apps

Here's how 'irrational' customers help your brand Many of our clients include both B2B (business-to-business) and B2C (business-to-consumer) brands, sometimes described as corporate versus FMCG (fast-moving consumer goods). While much is made of the differences between these types of brands, they share a core objective: to create an emotional connection with the customer. We all know great consumer brands that do this well. But brand managers working with B2B brands often reject the idea that their company or product—maybe an accounting firm or an esoteric scientific research tool—can and should connect with its customers at an emotional level. Often, they argue that their offering is too big and serious to employ the same techniques that work well for soda and underwear. What they fail to realize, however, is that businesspeople—even CFOs, engineers, and procurement personnel—are people too. In other words, we are all irrational. Rob Meyerson, Strategy Director, FutureBrand