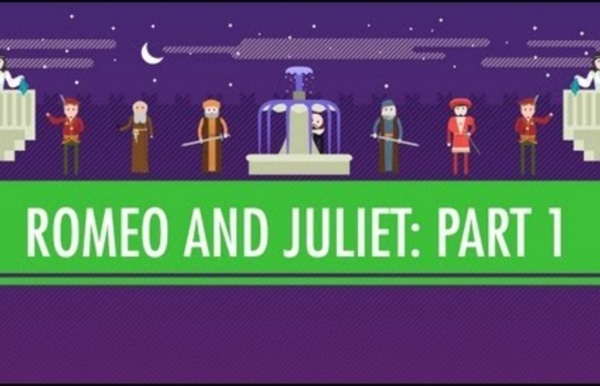 Romeo and Juliet Comic [Grammarman Home] [Romeo and Juliet Menu] [Next Page] How the Necronomicon Works" Weird fiction author H.P. Lovecraft created a mythology that includes bizarre monsters, troubled communities, insane scholars and a library of books filled with forbidden lore. Of all the books detailing this mythology that Lovecraft mentions in his fiction, one in particular captures the imagination more than any other: the "Necronomicon." According to Lovecraft, it's a tome filled with secrets and rituals that can drive a reader to the brink of insanity. In reality, the "Necronomicon" doesn't exist, though more than a half dozen books with the title "Necronomicon" are available at bookstores.

ROMEO AND JULIET, Act 1 Scene 5 napkins: i.e., dish-towels. In order to clear Capulet's hall for dancing, the servants are taking away the dishes and other things used at the feast. And SERVINGMEN come forth with napkins. Elizabethan Theater - Shakespeare Fun Facts Acting was not a highly paid or highly respected profession. Actors were seen as vagrant troublemakers who promoted hard living and sin. In the 16th century, actors traveled from town to town on a cart, looking for audiences to pay to watch them perform. 101 Short Stories that Will Leave You Smiling, Crying and Thinking post written by: Marc Chernoff Email Since its inception eighteen months ago, our sister site Makes Me Think (MMT) has truly evolved into a remarkable online community. Every day, users share their thought-provoking life stories and vote on stories that other users have shared. Some are happy, some are sad, and others twist your emotions, pulling them in several directions at once.

Scenes from Shakespeare's Romeo and Juliet - The complete text of Romeo and Juliet Quote in Context Arise, fair sun, and kill the envious moon, Who is already sick and pale with grief That thou her maid art far more fair than she. Be not her maid, since she is envious; Her vestal livery is but sick and green, And none but fools do wear it. Romeo and Juliet (2.2), Romeo Baz Luhrmann's "Romeo + Juliet" compared with Shakespeare's Original Work Baz Luhrmann’s kaleidoscopic film adaptation of Romeo and Juliet, while often leaving much to be desired from the two main actors in the way of delivery, presents a fascinating modern interpretation of the 16th century drama. David Ansen, film critic, describes it as “alternately enrapturing and exhausting, brilliant and glib…a "Romeo and Juliet" more for the eyes than the ears” (Newsweek). Sir Philip Sidney states in his Apology for Poetry that poetry should both delight and teach, and both the text and the film serve this purpose well—each suited to the time in which they were presented.