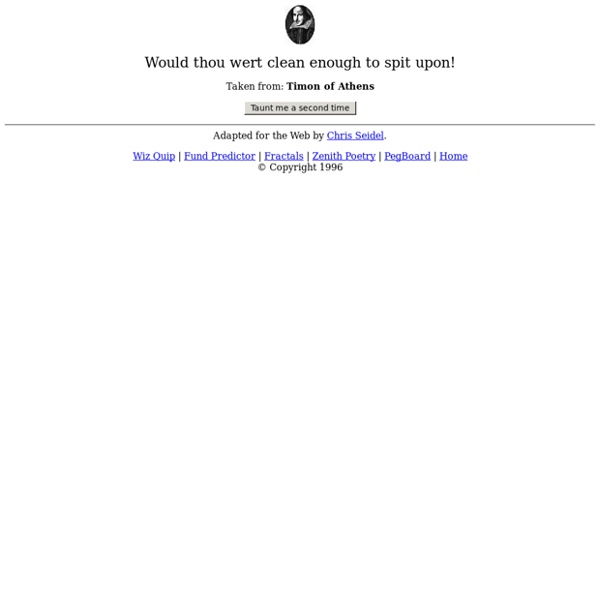 Opinion: Balls as Office Chairs a Bad Idea April 11th, 2005 By Peter Budnick As your mother used to say, “If it sounds too good to be true, it probably is.” And when someone tells you that a $19 ball will solve all of your back pain issues, you ought to be suspicious. And when they have the audacity to label that ball "ergonomic," you should know better. The use of ball chairs (or FitBalls, Swiss Balls, Physio Balls, Exercise Balls, and any other name they may go by) are recognizable in your local gym or physical therapy shop, but lately, they are appearing in the workplace as a replacement for an office chair. Below are a variety of opinions that have been shared among members of the Ergoweb community According to Jeanie Croasmun, writing in The Ergonomics Report™: The intent of the ball chair developers was laudable: to take an item that seems to be beneficial in an area of health care (rehabilitation and strengthening/wellness) and apply the same principle to the office. And Jeff Pajot, writing from Canada, in the Ergoweb Forum:

Announcing: The Coworking Book – with Chapter Excerpt | dangerou For the last few months, I’ve been quietly been working on a new project. Actually, I’ve been working on the contents of the project for over 3 years now, but recently, I’ve been plugging it into a new framework. Back in the fall, I was approached by David Hauser from Grasshopper with interest in helping him set up a new coworking space in Boston. David’s whole “empowering entrepreneurs to change the world” value statement for Grasshopper is clear alignment with coworking, far beyond the business proposition. Furthermore, on a very personal note, he might be the only person I’ve met in business who harps on core values as an operating model more than me. I dig that. David and I quickly made it past the superficial conversations about coworking spaces and got to talking about community, people, empowerment, higher purpose, and the big questions like “why” we do things the way we do them at IndyHall. Fact is, I have written it down. And so, I began writing The Coworking Book. Beyond alpha

Web 3.0: Basic Concepts « Evolving Trends Notes You may also wish to see Wikipedia 3.0: The End of Google?, the original ‘Web 3.0/Semantic Web’ article, and P2P 3.0: The People’s Google, a more extensive version of this article that discusses the implication of P2P Semantic Web Engines to Google. Semantic Web Developers: Feb 5, ‘07: The following reference should provide some context regarding the use of rule-based inference engines and ontologies in implementing the Semantic Web + AI vision (aka Web 3.0) but there are better, simpler ways of doing it.Description Logic Programs: Combining Logic Programs with Description Logic Article Semantic Web (aka Web 3.0): Basic Concepts Basic Web 3.0 Concepts Knowledge domains A knowledge domain is something like Physics, Chemistry, Biology, Politics, the Web, Sociology, Psychology, History, etc. Information vs Knowledge To a machine, knowledge is comprehended information (aka new information that is produced via the application of deductive reasoning to exiting information). Ontologies Addendum

Watch "Talk about Curation" at Curation Nation Talk about Curation Steve Rosenbaum: So coming out of South by Southwest and the word that kept coming up and didn't... and wasn't coming up on our radar a lot pre-South by Southwest, was curation. Clay Shirky: Yeah. Loading video... Why Content Curation Is Here to Stay Steve Rosenbaum is the CEO of Magnify.net, a video Curation and Publishing platform. Rosenbaum is a blogger, video maker and documentarian. You can follow him on Twitter @magnify and read more about Curation at CurationNation.org. For website content publishers and content creators, there's a debate raging as to the rights and wrongs of curation. The debate pits creators against curators, asking big questions about the rules and ethical questions around content aggregation. In trying to understand the issue and the new emerging rules, I reached out to some of the experts who are weighing in on how curation could help creators and web users have a better online experience. The Issues at Hand Content aggregation (the automated gathering of links) can be seen on sites like Google News. But all that changes with curation — the act of human editors adding their work to the machines that gather, organize and filter content. Who are curators? Where We Stand Now

Study Links ADHD in Kids to Pesticide Exposure – TIME- Fran Suss Posted in Blog on May 19th, 2010 | comments (0) Study Links ADHD in Kids to Pesticide Exposure – TIME. Pesticides are just one factor, as the article notes, in the alarming rise of ADHD. I have worked successfully with children with ADD and ADHD ( as well as kids on the Autistic Spectrum) for almost 2 decades, using nutrition, homeopathy and kinesiology to identify and address issues. Please try a natural approach before you consider medication. With school ending and summer approaching, now is the perfect opportunity to work on these issues so that by the time your child returns to school in the fall, s/he can be functioning significantly better, as well as being healthier and happier.

Has Venter made us gods? | Andrew Brown | Comment is free | guar Craig Venter's production of an entirely artificial bacterium marks another triumph of the only major scientific programme driven from the beginning by explicit atheism. Francis Crick, the co-discoverer of the structure of DNA, was a militant atheist, who refused to accept a job at a newly founded Cambridge college if it had a chapel, and who invented molecular biology partly to prove there was nothing special or mystical about life: it was just the behaviour of complex chemicals acting in accordance with the normal laws of nature. Now Venter says he has built a living bacterium from nothing but chemicals and code: "Our cell has been totally derived from four bottles of chemicals", he says. In fact, it was grown using yeast as an intermediary, but to the molecular biologist, organisms are just another kind of apparatus. I don't mean that they are both the same because clearly they are not. "We are limited mostly by our imaginations" Venter says.

MetaFilter Saved My Pals From Sex Traffickers—Exclusive Intervie The message thread reads like the play-by-play from an alternate reality game, wherein complete strangers work together to solve a complex mystery. But the drama that played out on MetaFilter this week was no game. If not for the intrepid members of this 11-year-old digital forum, a couple of young Russian women might possibly have fallen prey to sexual slavery. Dan Reetz's post appeared Wednesday evening at Ask MetaFilter, a portion of the site where people seek help from the crowd. Mostly it's mundane—someone needs suggestions for a good pet store in their area, that kind of thing. But this post stood out: "A Russian friend of mine may be in a dangerous situation in Washington, DC," it began. Reetz, a 28-year-old who goes by the online handle Fake, joined MetaFilter in 2004 and is a trusted user, according to Jessamyn West, the site's community manager. But then things started getting weird. The women—just 18 and 20—tried calling George. He was on the road at the time. D! Yeh, i know.

‘Agora’ metaphor As many of you know, I study the spread and localization of packaged software such as Enterprise Resource Planning (ERP) in institutions of higher education. In this line of literature, a new concept has emerged to discuss linkages between organizations called the “agora.” ERP, as a product, is specific enough for higher education as a sector, but generic enough that the systems need to be localized to some extent during implementation (Cornford & Pollock 2003:111; Pollock et al. 2007). Software modules in ERP for higher education mainly include human resources, student information services, and financial operations, which handle tasks essential for running a university (like payroll and promotions) but have little to do with a university‘s public image (like professors and promotional websites). Now, I first read about the ‘agora’ concept in Pollock and Williams’ (2008) newish book Software and Organisations on the “biography” of contemporary ERP. Like this: Like Loading...

Political terrorism: a new guide to ...