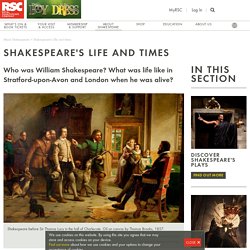 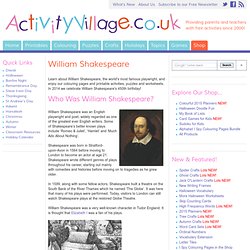 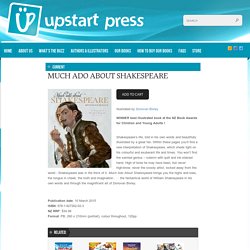 Shakespeare’s life, told in his own words and beautifully illustrated by a great fan. Within these pages you’ll find a new interpretation of Shakespeare, which sheds light on his colourful and exuberant life and times. You won’t find the sainted genius – solemn with quill and ink-stained hand. High of brow he may have been, but never high-brow; never the snooty artist, locked away from the world - Shakespeare was in the thick of it. 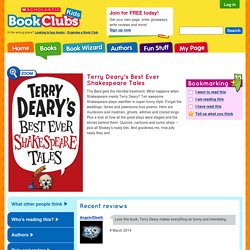 What happens when Shakespeare meets Terry Deary? Ten awesome Shakespeare plays rewritten in super-funny style. Forget the weddings, fairies and yawnsome love poems. Here are murderers and madmen, ghosts, witches and crazed kings. Plus a look at how all the great plays were staged and the stories behind them. Authors Terry DearyTerry is a former actor, theatre-director and Drama teacher and currently lives in County Durham. Stories from Shakespeare. 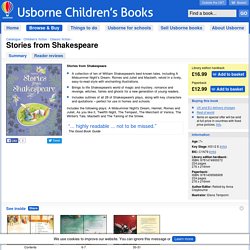 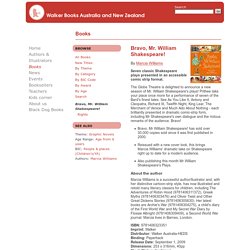 The Globe Theatre is delighted to announce a new season of Mr. William Shakespeare's plays! Prithee take your place once more for a performance of seven of the Bard's finest tales. See As You Like It, Antony and Cleopatra, Richard III, Twelfth Night, King Lear, The Merchant of Venice and Much Ado About Nothing - each brilliantly presented in dramatic comic-strip form, including Mr Shakespeare's own dialogue and the riotous remarks of the audience. Mr William Shakespeare's Plays. 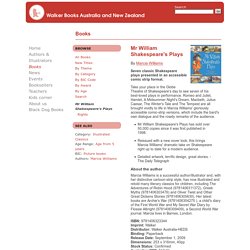 Take your place in the Globe Theatre of Shakespeare's day to see seven of his best-loved plays in performance. Romeo and Juliet, Hamlet, A Midsummer Night's Dream, Macbeth, Julius Caesar, The Winter's Tale and The Tempest are all brought vividly to life in Marcia Williams' gloriously accessible comic-strip versions, which include the bard's own dialogue and the rowdy remarks of the audience. Hamlet Prince of Denmark. Romeo and Juliet. Julius Caesar. Presents Shakespeare's retelling of Julius Caesar's assassination and the turmoil that followed that focuses on the conspirators, their initial reasoning and their ultimate guilt. 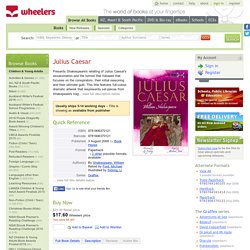 This title features full-colour, dramatic artwork that respresents set-pieces from Shakepeare's trag... read full description below. Usually ships 5-14 working days – Title is showing as available from publisher Quick Reference ... view full title details below. Buy Now Full details for this title Description of this Book Graffex is a series of illustrated literary classics retold for young readers, using a graphic novel format which is particularly popular with reluctant readers. . ^ top Awards, Reviews & Star Ratings There are no reviews for this title.

Author's Bio There is no author biography for this title.