Moving Pictures In The Magic Box

Super Model Documentary Hour. Introduction to Evolution and Natural Selection. AP Biology: Linked Genes. Don't believe in Ancient Aliens? Watch this I Dare You. pt 1. Body Code and Emotional Code Self Healing. Biology. Real Life Sea Monsters! Robin Williams on the TED stage. At the 2008 TED Conference held in California, the BBC's "The World Debate" set up a panel discussion to be broadcast worldwide from the TED stage. 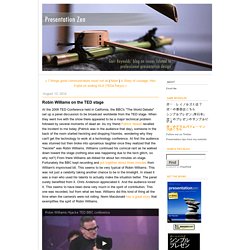 When they went live with the show there appeared to be a major technical problem followed by several moments of dead air. As my friend Patrick Newell recalled the incident to me today (Patrick was in the audience that day), someone in the back of the room started heckling and dropping f-bombs, wondering why they can't get the technology to work at a technology conference. At first the audience was stunned but then broke into uproarious laughter once they realized that the "heckler" was Robin Williams. Williams continued his comical rant as he walked down toward the stage (nothing else was happening due to the tech glitch, so why not?)

Joe Dispenza, D.C. "Rewiring Your Brain to a New Reality" Part 1of 4. Sacred Geometry The Flower of Life Part 01. New Image Of Baltic Sea Anomaly July 8th. ‪Tuning in Part 1‬‏ Bashar - Annunakis and Greys. ‪What You Are Not Noticing (Barbara Marciniak)-Part 1‬‏ Manifesting What You Want (Barbara Marciniak)-Part 1. Telepathy (Part 1) What are abductee implants? -Bashar. Videojug - Get Good At Life. The world’s best how to videos plus free ex...