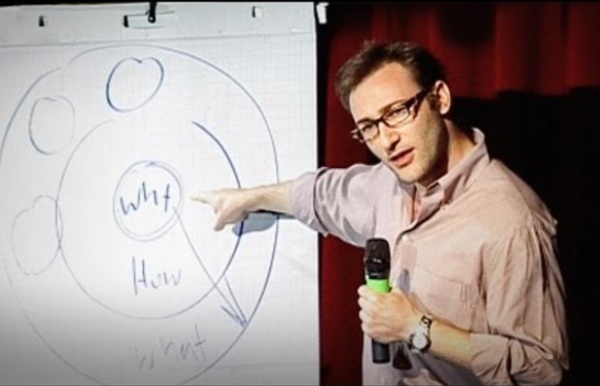 The Upside of Pessimism The theory of defensive pessimism suggests that imagining—and planning for—worst-case scenarios can be more effective than trying to think positively. I have pretty low expectations for this article. Oh sure, I spent a lot of time on it, and I personally think it’s a great read. But I’m kind of worried that you will hate it. Worse yet, I’m afraid you’ll hate me for writing it.

After 59 years, Mattel gets it right: the new Barbie ad is awesome A professor asks her students, "Does anybody know how big the brain is?" One hand goes up. A student answers. "Is it medium". The professor acknowledges "Medium. Occam's razor The sun, moon and other solar system planets can be described as revolving around the Earth. However that explanation's ideological and complex assumptions are completely unfounded compared to the modern consensus that all solar system planets revolve around the Sun. Ockham's razor (also written as Occam's razor and in Latin lex parsimoniae) is a principle of parsimony, economy, or succinctness used in problem-solving devised by William of Ockham (c. 1287 - 1347). It states that among competing hypotheses, the one with the fewest assumptions should be selected. Other, more complicated solutions may ultimately prove correct, but—in the absence of certainty—the fewer assumptions that are made, the better. Solomonoff's theory of inductive inference is a mathematically formalized Occam's Razor:[2][3][4][5][6][7] shorter computable theories have more weight when calculating the probability of the next observation, using all computable theories which perfectly describe previous observations.

The Best Leaders Are Humble Leaders - Jeanine Prime , and Elizabeth Salib by Jeanine Prime and Elizabeth Salib | 12:00 PM May 12, 2014 In a global marketplace where problems are increasingly complex, no one person will ever have all the answers. That’s why Google’s SVP of People Operations, Lazlo Bock, says humility is one of the traits he’s looking for in new hires. Quiz: Which U.S. Region Should You Move To? (Photo: Fotolia) As an expat, choosing where to settle in the U.S.–if your job or family doesn’t do this for you–is the one of the biggest dilemmas you’ll face. How to Give Your Business Model a One-Two Punch - Jonathan Carson, Don Kellogg, Eddie Yoon by Jonathan Carson, Don Kellogg, Eddie Yoon | 12:17 PM April 24, 2012 It’s an intriguing hypothetical: In a fight between Bruce Lee and Mike Tyson, who wins? We’ll never know the answer to that question, but in today’s world of mixed martial arts (MMA), probably neither of them would have fared well. MMA, which has overtaken boxing as the most-watched combat sport, emphasizes multi-disciplinary fighting styles. As an MMA commentator recently said, “Boxing is the sport of punching. MMA is the sport of fighting.”

How Successful Leaders Think We are drawn to the stories of effective leaders in action. Their decisiveness invigorates us. The events that unfold from their bold moves, often culminating in successful outcomes, make for gripping narratives. Perhaps most important, we turn to accounts of their deeds for lessons that we can apply in our own careers. Books like Jack: Straight from the Gut and Execution: The Discipline of Getting Things Done are compelling in part because they implicitly promise that we can achieve the success of a Jack Welch or a Larry Bossidy—if only we learn to emulate his actions. 25 Great Essay topics for Students Writing an essay can be a daunting task for both teachers and students in terms of creating and crafting a high quality essay, and finally editing and grading them. It seems though we may have overlooked one of the toughest steps in writing an essay and that is actually selecting an appropriate and interesting topic for your students. Thankfully I have put together a list of 25 great essay topics that might just make that process a little easier. Enjoy. And remember to add any other great suggestions in the comment section below. If you are still struggling with the essay writing process and need further guidance be sure to check out our essay guides here.

How to Give Your Business Model a One-Two Punch - Jonathan Carson, Don Kellogg, Eddie Yoon by Jonathan Carson, Don Kellogg, Eddie Yoon | 12:17 PM April 24, 2012 It’s an intriguing hypothetical: In a fight between Bruce Lee and Mike Tyson, who wins? We’ll never know the answer to that question, but in today’s world of mixed martial arts (MMA), probably neither of them would have fared well. What Makes a Leader? Every businessperson knows a story about a highly intelligent, highly skilled executive who was promoted into a leadership position only to fail at the job. And they also know a story about someone with solid—but not extraordinary—intellectual abilities and technical skills who was promoted into a similar position and then soared. Such anecdotes support the widespread belief that identifying individuals with the “right stuff” to be leaders is more art than science. After all, the personal styles of superb leaders vary: Some leaders are subdued and analytical; others shout their manifestos from the mountaintops. And just as important, different situations call for different types of leadership. Most mergers need a sensitive negotiator at the helm, whereas many turnarounds require a more forceful authority.

How Teenagers Spend Money - Derek Thompson Ah, life without a mortgage, insurance, or savings. One hundred years ago, the typical American family spent half its income on food and clothes. Today, thanks to massive gains in productivity in agriculture and manufacturing, we spend hardly a fifth of our budget clothing and feeding ourselves. But there is one group of Americans that still insists on spending about half its hard-earned cash on eating and buying nice clothes. It's teenagers. The Long Tail - Wired Blogs Sun, 08 Nov 2009 00:46:19 “Priced and Unpriced Online Markets" by Harvard Business School professor Benjamin Edelman. Discusses tradeoffs in market such as email, IP addresses, search and dial-up Internet. "Reminiscent of the old adage about losing money on every unit but making it up in volume, online markets challenge norms about who should pay, when, and why."