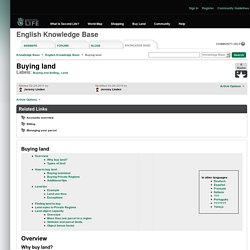 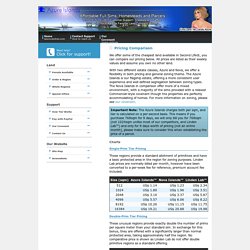 All prices are listed as their weekly values and assume you own no other land. With two different estate classes, Azure and Nova, we offer a flexibility in both pricing and general zoning theme. The Azure Islands is our flagship estate, offering a more consistent user experience and well defined segregation between zoning types. The Nova Islands in comparison offer more of a mixed environment, with a majority of the sims provided with a relaxed Commercial-style covenant though the properties are perfectly accommodating of homes. For more information on zoning, please see our covenant. Important Note: The Azure Islands charges both per sqm, and tier is calculated on a per-second basis. 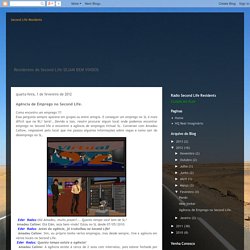 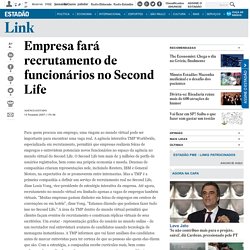 Procuto Local Gratuito/Barato para Viver no SL. 16 Games Like Second Life - Games Finder. Our collection of games like Second Life features the best 3D virtual worlds that allow you to create content, play games and be a social. 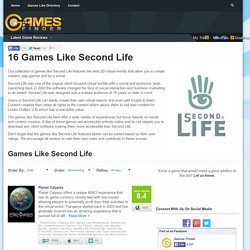 Second Life was one of the original client focused virtual worlds with a social and economic twist. Launching back in 2003 the software changed the face of social interaction and business marketing to an extent. 7 Games Like Second Life - Popular Virtual Worlds. Another 3D Virtual World Game With Some Unique Features Blue Mars is another one of the popular games like Second Life, like many other games in its genre this 3D virtual world focuses on social aspects and user created content. 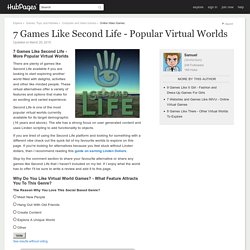 Blue Mars bases its vision on the ability to terraform entire worlds and possibly provides insight into our own future. Users communicate and explore through avatars which allows you to interact with others and the environment. The game is built around a number of cities which offer a number activities including entertainment, shopping, games and even businesses. Other features of Blue Mars include avatar customisation (clothing, body shape, skins, hair, face and makeup), communication (text, voice and private messaging) and a money based economy. Games Like Second Life - Virtual Worlds For Older Gamers. First up on my list of games like Second Life is Blue Mars, a game that is just as vast and encourages users to generate their own content. 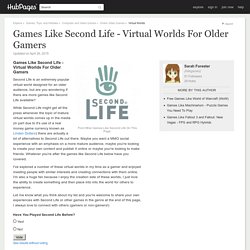 Just like SL the game also has a real value virtual currency behind the game so it is possible to make some small money on the side from your creations (or reinvest them back into the game which is what I do). Blue Mars has some beautiful graphics and even more impressed environments that you get to explore, it is definitely more visually impressive than Second Life but this does mean that the game is more of a resource hog, so don't expect to be able to run this on your older computer. There is a lite version for those that don't have the hardware which limits the virtual world features down to the minimum, focusing on providing a chat orientated experience. There is also an iOS version that was developed under similar parameters.

The game is set into the future after the human race has managed to terraform Mars into a liveable planet. Limits. Summary. 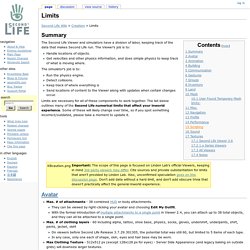 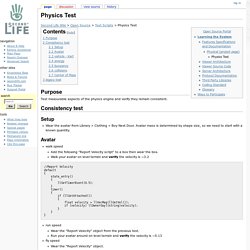 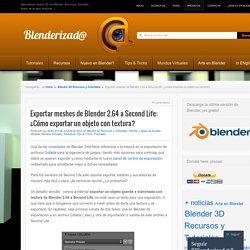 2009v1n1art02. LlRezObject. RezObject llRezObject Summary Function: llRezObject( string inventory, vector pos, vector vel, rotation rot, integer param ); Instantiate inventory object at pos with velocity vel and rotation rot with start parameter param The root of inventory is not at pos but the center of inventory is.To have the root prim at pos use llRezAtRoot instead. Using the Linden Script Language (LSL) This page is a short tutorial on using the Linden Script Language (LSL). It includes a collection of examples that illustrate basic LSL capabilities in graphics, "physics," communication between users and scripts, and object creation. Examples are chosen to present fairly isolated "building blocks" that may be combined later to create more complex scripts, and to better understand the Examples scripts and Script Library presented on the Wiki.

This work was originally done for the Kan-ed network within the Kansas Board of Regents, but is now being maintained by the author.