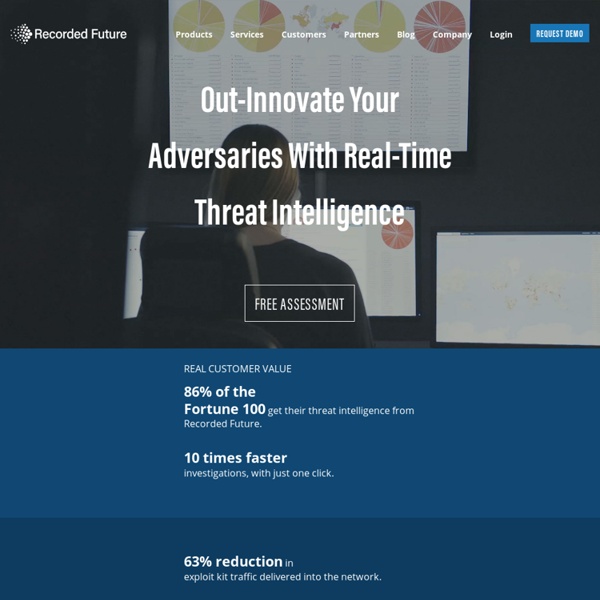 Citadel on the Move > Open Data > Convert My Dataset Here you can transform your data into the Citadel format. Using the Citadel format will allow you to use our Application Generation Tool to make apps and make your data useful to other people. Citadel have created this convertor to make is easy for you to change your excel sheets, CSV files or other information into the Citadel format. To use the convertor, you will need a basic level of technical knowledge and to your data to have the following characteristics: Each entry in the dataset should have a Title, an Address, a Category (e.g. event, restaurant, parking space ect...) and an ID (a number attached to each record) all in separate columns.

Erick Alphonse Associate Professor Laboratoire d'Informatique de l'université Paris-Nord 99, Av. What Jobs Are There in Data Visualization? I got an email from Harald asking, "How does the job market for DV developers work?" I find this question, or some variation of it, in my inbox every now and then, so I thought I'd give it a shot. I am after all a graduate student who will graduate eventually, so let's take a look at some of the options. Recorded Future - Wiki Recorded Future Inc. is a software company based in Cambridge, Massachusetts, United States, and Gothenburg, Sweden, specializing in web intelligence and predictive analytics. Using what they call a "temporal analytics engine", Recorded Future provides forecasting and analysis tools to help analysts predict future events by scanning sources on the Internet, and extracting, measuring, and visualizing the information to show networks and patterns in the past, present, and future. The software analyzes sources and forms "invisible links" between documents to find links that tie them together and may possibly indicate the entities and events involved. The company was founded in 2008 by Christopher Ahlberg[1] and has 20 employees as of November 2011.[2] Both Google (on May 3, 2010)[3] and the CIA have invested in the company, through their investment arms, Google Ventures and In-Q-Tel, respectively.[4] Related Pages[edit] Palantir Technologies

Twitter, Facebook, and social activism At four-thirty in the afternoon on Monday, February 1, 1960, four college students sat down at the lunch counter at the Woolworth’s in downtown Greensboro, North Carolina. They were freshmen at North Carolina A. & T., a black college a mile or so away. “I’d like a cup of coffee, please,” one of the four, Ezell Blair, said to the waitress. “We don’t serve Negroes here,” she replied. The Woolworth’s lunch counter was a long L-shaped bar that could seat sixty-six people, with a standup snack bar at one end. The seats were for whites. UsefulResources - CS448B Data Visualization If you have an interesting visualization tool, resource, blog or announcement that you would like to share with the class please post them here for everyone to see. Interesting Visualizations Video Blogs Quizzes Tools

Exclusive: Google, CIA Invest in ‘Future’ of Web Monitoring The investment arms of the CIA and Google are both backing a company that monitors the web in real time — and says it uses that information to predict the future. The company is called Recorded Future, and it scours tens of thousands of websites, blogs and Twitter accounts to find the relationships between people, organizations, actions and incidents — both present and still-to-come. In a white paper, the company says its temporal analytics engine “goes beyond search” by “looking at the ‘invisible links’ between documents that talk about the same, or related, entities and events.” The idea is to figure out for each incident who was involved, where it happened and when it might go down.

Content Strategy: Exploring Content Curation Tools Content curation has been getting a lot of attention recently. We’ve covered what it is, why it’s valuable and offered best practices on how to curate content on your own. Yet, if management systems can be designed to manage content, why not build one to curate content? More than RSS feeds or topical searches, there are a few products that aim to help professionals gather content from around the web that’s relevant to them. Not only does this help keep track of it all, it makes it easier to collect and share with others — making it ideal for starting conversations and improving customer experience. Curating content is a great way to show the relevance of specific topics within an industry and it’s also a great way to establish trust with your audience.

CourseWiki - CS448B Data Visualization The world is awash with increasing amounts of data, and we must keep afloat with our relatively constant perceptual and cognitive abilities. Visualization provides one means of combating information overload, as a well-designed visual encoding can supplant cognitive calculations with simpler perceptual inferences and improve comprehension, memory, and decision making. Furthermore, visual representations may help engage more diverse audiences in the process of analytic thinking. In this course we will study techniques and algorithms for creating effective visualizations based on principles from graphic design, visual art, perceptual psychology, and cognitive science. The course is targeted both towards students interested in using visualization in their own work, as well as students interested in building better visualization tools and systems.

The Seven Needs of Real-Time Curators I keep hearing people throw around the word “curation” at various conferences, most recently at SXSW. The thing is most of the time when I dig into what they are saying they usually have no clue about what curation really is or how it could be applied to the real-time world. So, over the past few months I’ve been talking to tons of entrepreneurs about the tools that curators actually need and I’ve identified seven things. First, who does curation? 5 of the Best Free and Open Source Data Mining Software The process of extracting patterns from data is called data mining. It is recognized as an essential tool by modern business since it is able to convert data into business intelligence thus giving an informational edge. At present, it is widely used in profiling practices, like surveillance, marketing, scientific discovery, and fraud detection. There are four kinds of tasks that are normally involve in Data mining: * Classification - the task of generalizing familiar structure to employ to new data* Clustering - the task of finding groups and structures in the data that are in some way or another the same, without using noted structures in the data.* Association rule learning - Looks for relationships between variables.* Regression - Aims to find a function that models the data with the slightest error. For those of you who are looking for some data mining tools, here are five of the best open-source data mining software that you could get for free: