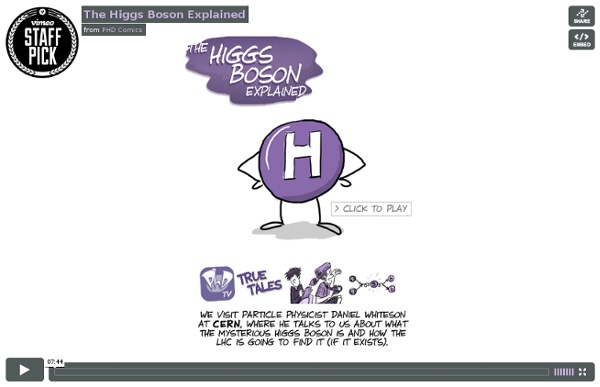 High school fashions, 1969 Fashion, Vintage High school fashions, 1969 i know what you’re thinking… are these more fashion snaps from coachella? no indeed! these are high school fashions in 1969 photographed by arthur shatz for life magazine. Second Wind: Air-Breathing Lithium Batteries Promise Recharge-Free Long-Range Driving Researchers predict a new type of lithium battery under development could give an electric car enough juice to travel a whopping 800 kilometers before it needs to be plugged in again—about 10 times the energy that today's lithium ion batteries supply. It is a tantalizing prospect—a lighter, longer-lasting, air-breathing power source for the next generation of vehicles—if only someone could build a working model. Several roadblocks stand between these lithium–air batteries and the open road, however, primarily in finding electrodes and electrolytes that are stable enough for rechargeable battery chemistry. IBM plans to take lithium–air batteries out of neutral by building a working prototype by the end of next year. Most fully charged lithium ion car batteries today will take an electric vehicle only 160 kilometers before petering out. (Nissan says its all-electric Leaf has a range of about 175 kilometers.)

Quantum Physics Revealed As Non-Mysterious This is one of several shortened indices into the Quantum Physics Sequence. Hello! You may have been directed to this page because you said something along the lines of "Quantum physics shows that reality doesn't exist apart from our observation of it," or "Science has disproved the idea of an objective reality," or even just "Quantum physics is one of the great mysteries of modern science; no one understands how it works." There was a time, roughly the first half-century after quantum physics was invented, when this was more or less true. Certainly, when quantum physics was just being discovered, scientists were very confused indeed! But time passed, and science moved on.

Bad Astronomy Well now, this is an interesting discovery: astronomers have found what looks like a "super-Earth" – a planet more massive than Earth but still smaller than a gas giant – orbiting a nearby star at the right distance to have liquid water on it! Given that, it might – might – be Earthlike. This is pretty cool news. We’ve found planets like this before, but not very many! Top 10 Best Astrophotographers in the World The sky that we usually see and is considered to be an ordinary thing is in fact full of many wonders and secrets that need to be revealed but how to do this? Discovering more about the secrets that are hidden in the sky is costly and requires spending a long time trying to see the invisible objects and observe the changes that take place in front of your eyes using special equipment. The question is how to record all what you see and the amazing beauty of the invisible objects that can be found in the sky to enjoy watching them whenever you want? It is the role of the astrophotographers who come to dazzle us with the photos that they capture and are considered by many people to be unbelievable because of the stunning beauty that can be found in them. Patience is highly essential for capturing exceptional photographs as you have to keep looking at the sky with your eyes wide open waiting for the right and most exciting moments to capture.

The Prettiest Little Monster - Tattoos I Love Go to mobile version LiveJournal You are viewing 's journal "Time Crystals" Could Be a Legitimate Form of Perpetual Motion The phrases "perpetual-motion machine"—a concept derided by scientists since the mid-19th century—and "physics Nobel laureate Frank Wilczek" wouldn't seem to belong in the same sentence. But if Wilczek's latest ideas on symmetry and the nature of time are correct, they would suggest the existence of a bona fide perpetual-motion machine— albeit one from which energy could never be extracted. He proposes that matter could form a "time crystal," whose structure would repeat periodically, as with an ordinary crystal, but in time rather than in space. Such a crystal would represent a previously unknown state of matter and might have arisen as the very early universe cooled, losing its primordial symmetries. Wilczek describes his work in this article and in this one coauthored by Alfred Shapere of the University of Kentucky, that he posted on the physics preprint server, arXiv.org, on February 12.

Planck constant Plaque at the Humboldt University of Berlin: "Max Planck, discoverer of the elementary quantum of action h, taught in this building from 1889 to 1928." In 1905 the value (E), the energy of a charged atomic oscillator, was theoretically associated with the energy of the electromagnetic wave itself, representing the minimum amount of energy required to form an electromagnetic field (a "quantum"). Further investigation of quanta revealed behaviour associated with an independent unit ("particle") as opposed to an electromagnetic wave and was eventually given the term photon. The Planck relation now describes the energy of each photon in terms of the photon's frequency. This energy is extremely small in terms of ordinary experience.

Earth & Space Science Essential Science for Teachers Exploring topics that range from soil to the solar system, Essential Science for Teachers: Earth and Space Science provides participants the opportunity to increase their science content knowledge and develop new understandings of how this content connects to K - 6 classrooms. The Geologic Timeline "Which came first, the chicken or the egg?" is an age-old question. Can We Use New Food Technology For Good? Home > Food & Cooking, Health, Lifestyle > Can We Use New Food Technology For Good? Homaro Cantu is an inventor, entrepreneur, chef, and molecular gastronomer. Homaro Cantu owns and operates the Cantu Designs Firm in Chicago, as well as Moto Restaurant in Chicago. Ben Roche is Executive Pastry Chef in the mentioned restaurant. And they explain a couple of things about “future food”. Cooking as alchemy

Strategies for Global Connectedness Not that long ago, the world was supposed to be flat. Hardly a day passed without references to globalization and “borderless markets.” Many policymakers and business leaders jumped on the bandwagon, treating all interconnection among countries as equally beneficial. But this perception that “the world is flat” was so exaggerated that it is fair to call it “globaloney.” The last few years—of financial crises, weak growth, and mounting protectionist pressures—have demonstrated that the world is far less connected than it appeared to be. The real world is roughly only 10 to 25 percent globalized.

NASA to Launch Spacecraft to Keep Track of Global Carbon Dioxide - SciTech Daily NASA is about to launch the Orbiting Carbon Observatory – a satellite dedicated to the study of global carbon dioxide sources that will help researchers predict the future of climate change. In the lexicon of climate change, one word appears more often than any other: “carbon.” Carbon credits, carbon emissions, carbon sequestration….