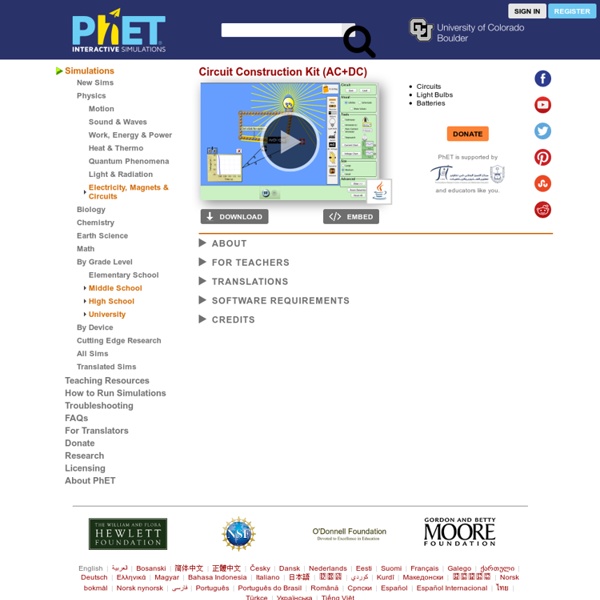 AD9835 10MHz DDS Sine/Square Function Generator By all accounts, my design for the 20MHz Low Cost Function Generator in the August 96 issue of Electronics Australia has proven very popular, with many thousands having been built. It's no wonder why, the low cost, simple construction and wide bandwidth made it a very attractive project. There was one major problem with the design however and that was the lack of a frequency display, and being able to set the frequency to exactly what you wanted. To this extent, one kit supplier in fact bundled the function generator with another frequency counter kit. It's not surprising then that many people have asked for an updated design with a built in frequency display. Whilst a frequency display is easy to add, it adds significantly to the cost and complexity of the project.

Problem of Reciprocity Back to main course page John D. Norton Department of History and Philosophy of Science University of Pittsburgh Background reading: J. Schwartz and M. FG 085 Function Generator, Assembled w/ Panel - $47.00 : AccuDIY, Oscilloscope DIY kits, signal generator DIY kits, and more The FG085 is a low cost yet versatile function generator capable of producing signals of many different waveforms. As an easy-to-use tool operation of FG085 is very simple and straightforward. It is an ideal test/experiment tool for electronic hobbyists and students. This is a paneled version of FG085 Features Generating continuous waveforms of Sine, Square, Triangle, Ramp (up and down), and Staircase (up and down) Generating user defined arbitrary waveforms (AWG) Generating frequency sweeping signals of selected waveforms. Power adapter and output cable are included.

Physics Flash Animations We have been increasingly using Flash animations for illustrating Physics content. This page provides access to those animations which may be of general interest. The animations will appear in a separate window. Kit Review – JYE Tech FG085 DDS Function Generator Introduction There has been a lot of talk lately about inexpensive DDS (direct digital synthesis) function generators, and I always enjoy a kit – so it was time to check out the subject of this review. It’s the “FG085 miniDDS function generator” from JYE Tech. JYE is a small company in China that makes inexpensive test equipment kits, for example their capacitance meter (my first kit review!) and DSO. The capacitance meter was good, the DSO not so good – so let’s hope this is better than their last efforts. Charges and Fields - Electric Charges, Electric Field, Electric Potential Topics Electric Field Electrostatics Equipotential Electrostatic Potential Electric Charges Voltage Description Arrange positive and negative charges in space and view the resulting electric field and electrostatic potential. Plot equipotential lines and discover their relationship to the electric field. Create models of dipoles, capacitors, and more!

Lab3 - Laboratory for Experimental Computer Science Arduino Sine wave Generator using the direct digital synthesis Method Here we describe how to generate sine waves with an Arduino board in a very accurate way. Almost no additional hardware is required. The frequency range reaches form zero to 16 KHz with a resolution of a millionth part of one Hertz! QM Experiments for Undergraduates Textbook My book is titled Quantum Mechanics: Theory and Experiment, and is written for a junior/senior level quantum mechanics class. It is unique in that it describes not only quantum theory, but also presents laboratories that explore truly modern aspects of quantum mechanics. The book begins the presentation of quantum mechanics using photon polarization as a prototypical two-dimensional quantum system. It also has chapters describing quantum measurement, entanglement, quantum field theory and quantum information. You can order the book from the publisher, or from Amazon.

Lab3 - Laboratory for Experimental Computer Science This is an experiment to show how some realtime audio processing can be done with the Arduino. The first set of examples alter an incoming audio signal and put it back to an audio output. We achieve effects like Reverb, Phasor, Flanger or Ringmodulator. The second set of examples are outputting computed waveforms like Sinewave, Bell and Xylophone sounds. Building and testing the Audio Circuit around the Arduino Seminar: Visualizing Special Relativity The following text is that of a seminar presented to the ANU Physics Department on 25 September 1997. Note that the links to animations will not function. Animations may be downloaded elsewhere. Antony Searle Australian National University Distinguished Scholars Program

Poorman's oscilloscope (with Arduino + Processing) This software allows you to get a visual representation of an analog signal using Arduino and Processing. The resolution is 10 bits, which is good, but the frequency is a lot lower than that of a real oscilloscope but it is still pretty useful. It works by sending values read from the Arduino board (pin 0) to Processing through serial communication. Alternative Arduino oscilloscope projects

Maxwell's equations Quote So if Coulombs law works best for you, then use coulomb's law - there's no need to re-invent the wheel. As far as the original problem goes it is solved, but it uncovered great many things for me, so what is left now is curiosity because this solution implies Coulomb's and Biot-Savart law tell different and more complete story than Maxwell's equations and yet they are supposed to talk about the same E and B fields. There are two kinds of fields, "radial" like gravity and electric fields, and we have "rotational", like vortexes, whirlpools or magnetic fields. Uniform and constant "radial" field potentials have zero divergence and zero rotation (curl), it's a uniform magnitude distribution and inverse square law which defines topology and geometry of an electric field, not the other way around.