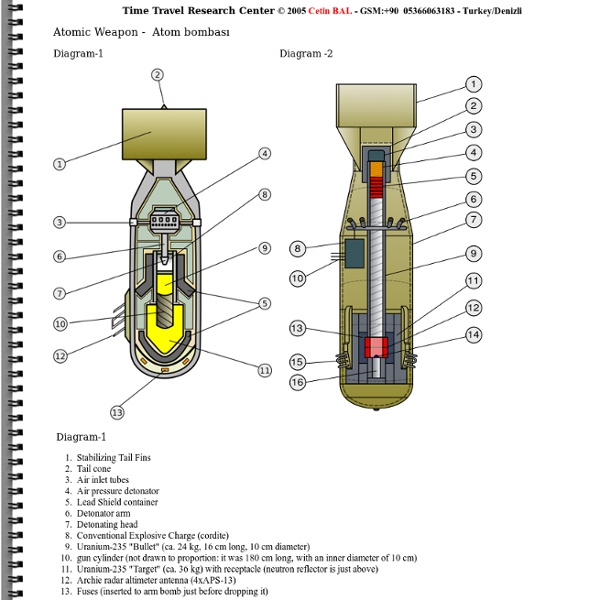 Electromagnetic Coilgun Doesn’t Need a License Robert Wilsford created an Electromagnetic Coilgun from some very common items that can be found easily on the websites, so you can also try this and make a nice gadget sitting at your home sweet home. I like guns a lot, but we can’t keep them at our homes without a license but this gun doesn’t need any license such as the Steampunk Coilgun. Well! If you are arsenal lover like me, needless to say, you would dare to make this gun. The outer body of the coilgun is made from wood, plexiglass and metal while in the interior electromagnetic coils have been used coils to push a ferromagnetic projectile (here round ball like bullet of steel) at a great velocity through a barrel. In tools you would need a Solderer, Pliers, Wire Cutters, Wire Stripper, Scissors, Glue Gun and a Flat Head Screw Driver. In case you are interested in doing more cool experiments, you can make Clockwork Crocodile Is the Steampunk Age Reptile, or Steve Jobs Cheese Head. Via: Hacknmod

The 50 Best Registry Hacks that Make Windows Better We’re big fans of hacking the Windows Registry around here, and we’ve got one of the biggest collections of registry hacks you’ll find. Don’t believe us? Here’s a list of the top 50 registry hacks that we’ve covered. It’s important to note that you should never hack the registry if you don’t know what you’re doing, because your computer will light on fire and some squirrels may be injured. Also, you should create a System Restore point before doing so. Otherwise, keep reading. Prevent Windows Update from Forcibly Rebooting Your Computer We’ve all been at our computer when the Windows Update dialog pops up and tells us to reboot our computer. There’s a couple of ways that we can disable this behavior, however. Prevent Windows Update from Forcibly Rebooting Your Computer How to Clean Up Your Messy Windows Context Menu One of the most irritating things about Windows is the context menu clutter that you have to deal with once you install a bunch of applications. Disable Aero Shake in Windows 7

Why I Carry a 9MM Handgun Why I Carry a 9MM Handgun The other day I ran into an acquaintance (who I barely know) and he told me that he’d just purchased a .45 caliber handgun. He said he loved the gun, but the only problem was he couldn’t shoot it. Next, he asked me what type of gun I carried and I told him my carry gun was the Glock 19 9mm. I had a nice laugh, especially since this fellow asked me to give him a private shooting lesson. So why exactly do I carry a 9mm and why do I think you should too? Well, it’s not because I don’t love a .45 and the feel of my Springfield 1911 in my hand. And the fact is, if I’m ever involved in a self-defense shooting situation, I have the odd feeling my “target” is not going to be standing perfectly still like it is when I’m at the gun range. And it’s for this very reason I carry the 9mm. You see, the 9mm lets me get off a quicker burst of shots because it has less recoil and enables me to get my gun back on target quicker. Remember, shot placement is what’s important.

Frugal & Natural Pest Control: Fruit Flies & Ants Be Gone! We have been attacked by an abundance of fruit flies lately in my kitchen. AHH! Don’t you love those little flying insects that seem to find every bit of food in your kitchen and around your trash can? Fruit Fly Trap 1 quart jar 1 piece of paper, rolled up into a funnel tape apple cider vinegar small slice of banana Fill a quart jar with a 1/2 inch of apple cider vinegar and a small piece of banana. As you can see in my picture, this easy trap is amazingly effective! Ant Trap We are often plagued with ants in the Spring time as well around here. 1 tsp. borax (borax is an natural laundry boosting powder available in the laundry section of the store, normally on the top shelf) 2 cups hot water 6 Tbsp sugar folded paper towel small shallow cup (like a creme burlee dish) Disolve borax in hot water. It’s Frugal Fridays! About Lindsay Lindsay Edmonds is first a lover of Jesus, wife, mother of three, homemaker, and writer.

SOFEX: The Business of War | VICE News The Dillon Aero M134D Gatling Gun, a “six-barreled, electrically driven machine gun chambered in 7.62mm NATO that fires at a fixed rate of 3,000 shots per minute.” It was one of countless killing machines featured at SOFEX. Photo courtesy of Dillon Aero. “You know, it’s weird, man. It’s like everybody’s real cordial with each other. On arriving at SOFEX, I was reminded of when I was a punk kid and it was fashionable to say things like, “The military-industrial complex is taking over the world.” SOFEX takes place every two years in Amman, and is largely the brainchild of Jordan’s king, Abdullah II, who has a penchant for special operations and massive displays of artillery. The Ultimate Warrior Competition is sponsored by KASOTC, a “counterterrorism training facility” in Jordan founded by King Abdullah. I’ve been to hundreds of depressing media trade shows, and SOFEX’s salespeople are no different from the rest, except that their wares are designed to destroy things and kill people. Lt.

How to Become a Human Calendar Mentally finding out the day of the week for any date is a skill you can easily learn. You don’t need to be an autistic genius – all it takes is basic memorization effort and some trivial math. When I first learned this technique many years ago, I did it just for fun. With time, I learned to enjoy the convenience of not needing a calendar anymore. The Method To find out the days of the week for any date, use the formula: [day of week] = (yearcode + monthcode + day) mod 7 If you’re not math-inclined, this may look quite scary at first, but don’t worry: using the formula is straightforward. Month and Year Codes The month codes are one of the formula’s most troublesome parts, since they don’t follow a clear logic. January: 1 February: 4 March: 4 April: 0 May: 2 June: 5 July: 0 August: 3 September: 6 October: 1 November: 4 December: 6 We also need the year code, which are also apparently arbitrary. Days of the Week The Calculation Step 1: Get the codes for month and year. 5 means Thursday.

Error Analysis and Correction Insanity: doing the same thing over and over again and expecting different results. - Albert Einstein The Wheel of Misfortune Every day of the shooter's life brings a new lesson. Identifying errors are crucial in order that these lessons be learned. The following chart can help pinpoint such basic flaws in a shooter's technique by analyzing group locations. Top Eleven Bad Habits of Shooters Not Looking at the Sights.

How to Deliver a Speech that Gets a Standing Ovation Rebecca MacDonald, a Canadian immigrant born in the former Yugoslavia who started with nothing and is now executive chair of Just Energy, a $2.3 billion (market cap) energy firm, delivered such a vivid and passionate speech at the Womens' Presidents Organization annual conference on Thursday afternoon in Vancouver, that the entire audience of 650 women business owners spontaneously leapt out of seats to clap, howl and cheer her on. 'I laughed, I cried, I almost had to leave the room when she spoke about her relationship with her mother,' said Nancy Lyons, president of Clockwork in Minneapolis, raving about the range of emotions MacDonald inspired just moments after the remarks. So what can you do to make a speech that spurs your audience to similar applause and admiration? Get personal. Rebecca MacDonald told her life story—and didn't spare the details. Be honest. Tell jokes. Talk to your audience. Act as if each attendee is the only one. End on a high note.