Our World Digitized: The Good, the Bad, the Ugly 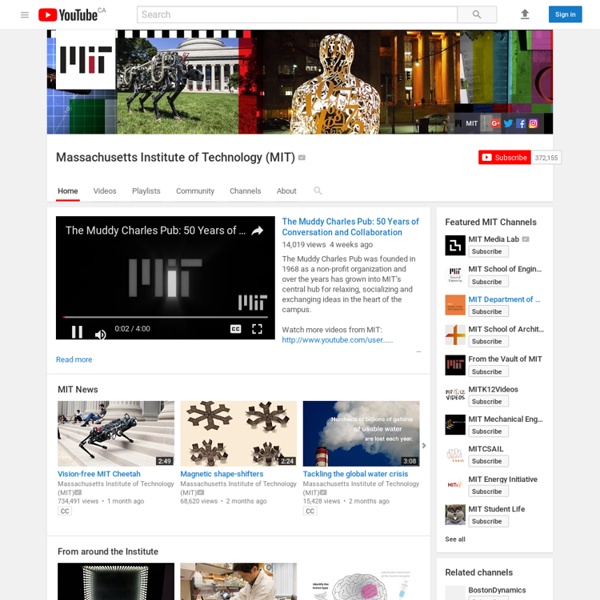 Media and Culture Journal M/C Journal was founded (as "M/C - A Journal of Media and Culture") in 1998 as a place of public intellectualism analysing and critiquing the meeting of media and culture. M/C Journal is a fully blind, peer-reviewed academic journal, but is also open to submissions and responses from anyone on the Internet. We take seriously the need to move ideas outward, so that our cultural debates may have some resonance with wider political and cultural interests. Each issue is organised around a one word theme (see our past issues), and is edited by one or two guest editors with a particular interest in that theme.

Facebook in the Age of Facebook Screenshot of image search for Facebook’s “Like” button. Text of a paper delivered at Theorizing the Web 2012 conference at the University of Maryland on April 14, 2012. Title stolen from @thinkingcatalog To extend the life span of neoliberalism, it needs ideological justification. Facebook explicitly wants to be that. THE ALAN TURING YEAR The following three events form a Public Engagment Afternoon to celebrate Alan Turing's Centenary. The events take place on Wednesday 5th December 2012. The afternoon is funded by the College of Science EPSRC Research Fund and Software Alliance Wales. The afternoon consists of three parts, a distinguished Lecture by Prof Martin Campell-Kelly, the display of the Alan Turing Posters based on the Turing Archive at King's College, Cambridge, and a Swansea Science Cafe event staging of Sciptography Productions' play To Kill A Machine.

Live from Transmedia Hollywood 2: Visual Culture and Design > SydneysBuzz Another entry by guest blogger, Meredith Levine. Meredith Levine is a second year MA student of Cinema and Media Studies in UCLA's School of Theater, Film, and Television. She has been working on the Transmedia Hollywood conference since its inaugural year in 2010. Transmedia is at its core, telling a story over multiple platforms. It is not new, but with the proliferation of new technology and ease of consuming media it is a trendy, if not, occasionally mis-used word. Impact of Globalisation on Developing Countries and India Chandrasekaran Balakrishnan for The 2004 Moffatt Prize in Economics Introduction: Globalisation is the new buzzword that has come to dominate the world since the nineties of the last century with the end of the cold war and the break-up of the former Soviet Union and the global trend towards the rolling ball. The frontiers of the state with increased reliance on the market economy and renewed faith in the private capital and resources, a process of structural adjustment spurred by the studies and influences of the World Bank and other International organisations have started in many of the developing countries. Also Globalisation has brought in new opportunities to developing countries.

Turing machine An artistic representation of a Turing machine (Rules table not represented) A Turing machine is a hypothetical device that manipulates symbols on a strip of tape according to a table of rules. Despite its simplicity, a Turing machine can be adapted to simulate the logic of any computer algorithm, and is particularly useful in explaining the functions of a CPU inside a computer. Transmedia Storytelling (Fall 2010) The main characters in Doctor Who don't change every episode, but this isn't necessarily wrong. Just look at Star Trek for an example of a show that doesn't require character development to be good or engaging. While all of the Dr.

“Technology in every form raises the question of human purposes and asks what those purposes are, but this only occurs if we come to technology with prepared minds and open hearts.” (Sherry Turkle) by drone Feb 19