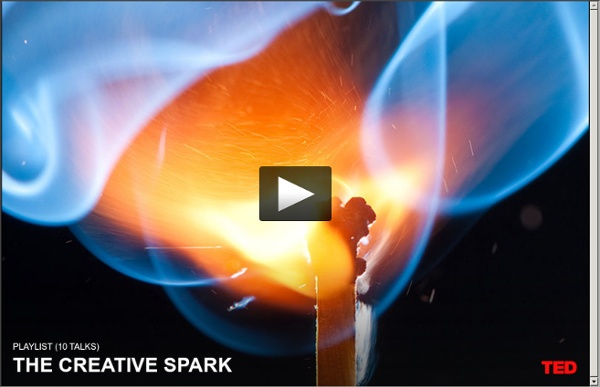 Join the world's technology elite! We have compiled a list of products that can make your work life easier (or more profitable). As a member, you can get significant discounts on most of these products. That way, your membership has paid for itself if you buy just one of these products. Are all new things a mash-up of what came before? A Q&A with Kirby Ferguson In today’s TEDTalk, director Kirby Ferguson outlines a bold vision of creativity — that it’s not about dreaming up a new song, a new piece of art or a new form of technology in a vacuum, but instead about remixing what has come before. In his fast-paced talk, Kirby reveals that many of our most iconic thinkers — from Henry Ford to Bob Dylan — embraced this idea of what it means to create. As we watched Kirby’s talk, a slew of questions popped to mind. What does this mean for creative people? Can we reach a point where ideas become too self-referential?

"Design Thinking" Isn't a Miracle Cure, but Here's How It Helps [This is a follow-up to Helen's previous article on design thinking, The Seven Deadly Sins That Choke Out Innovation ? Ed.] Recently, Kevin McCullagh of British product strategy consultancy, Plan organized a two-day event for executives to wrap their heads around the concept of design thinking?and, in particular, to think about how they might go about implementing it within their own organization. Kevin invited me along to give an overview of some of the things I've been thinking recently. "Don't hold back," he advised.

You Could Soon Read An Entire Harry Potter Book In Under 90 Minutes With This App Soon you could read all 309 pages of "Harry Potter and the Sorcerer's Stone" in under 77 minutes. Yes, you. To get through it that quickly (a pace of 1,000 words a minute) you'll have to use an about-to-be released app and forgo the idea of reading page by page. With Spritz, which is coming to the Samsung Galaxy S5 and Samsung Gear 2 watch, words appear one at a time in rapid succession. Some Body: How Yoga Taught Me To Finally Respect My Physical Self For the first time, I saw my body as something actual rather than as an abstraction. I realized it was just as important as my mind. It was my vessel, the only mode of transport I have. If I was going to make any sense at all of the small corner of reality that I’ve been given, I was going to have to use my body, and become as fully aware of its processes as possible.

YD SXSW Giveaway: ‘Yoga for Computer Users’ By Sandy Blaine Attention Austinites and those descending on the Texas capital this week, YD will be at South by Southwest (aka SXSW)! Head y’dork’ll be co-presenting a panel AND teaching a morning yoga class to the sleepy nerds. Cue the geek meditation: There will be no MIT-designed disco yoga mat or high-tech posture-correcting gadget, BUT we will surely be having the best ‘ol time we can have in gray-scaled and carpeted convention center. Check out our panel YogaDOTCalm: Streamlining Productivity and Focus, and all of the morning yoga sessions here and meditation sessions here. As part of our inspiration for the panel which is all about how to use yoga and meditation to help you do your job (aka life) better, we will be referencing this handy book (A LOT): Yoga for Computer Users by Sandy Blaine.

This is Your Brain on Yoga We all know that yoga does wonders for the mind. Even novices of asana, pranayama, and meditation report feeling increased mental stability and clarity during and after practice. Now, thanks to sophisticated brain imaging technologies, neuroscience is proving what teachers and practitioners have known for ages—that yoga and meditation can literally change your brain. But what exactly is going on up there? Take a peek inside—a basic understanding of brain anatomy and function can serve as a handy road map for your inner journey. The frontal lobe is the hub of higher cognitive functions—including planning, discriminating, abstract thinking, personality, and behavior.

5 Things Most People Don't Know About Negotiating 5 Things Most People Don't Know About Negotiating By Victoria Pynchon 1. The negotiation doesn't start until someone says "no." What The Most Productive People Do Before Bed Breaking news: When you're asleep, you're still alive--and you'll probably be alive the next day. So it follows that your circadian style will dictate whether you greet the day like Michael Phelps or a drunk (or, possibly, a drunk Michael Phelps, but we'll leave that for later). If you treat sleep as a stopgap measure between your daily grind and Netflix binges, you're doing it wrong. Sleep is a problem to be solved, a question to be answered, a cake to be had and eaten, too. While this post won't solve your somnambulating, we can at least help you get a handle on what's going on in bed, so you're not--ahem--asleep at the wheel. As Leo Widrich notes on Buffer, a lot of what we "know" about sleep comes from hearsay, advice your mom told you back in the day and blog posts you clicked on when you were bleary-eyed at work.

Breaking: BKS Iyengar Has Died We are awaiting official reports, but it has been confirmed by sources close to the Iyengar family: It is with heavy hearts we report that world-renowned yoga guru BKS Iyengar has passed from his earthly body. He was 96*. Iyengar was admitted to the hospital a week ago and was treated for breathlessness and low blood pressure. Note and vote: how to avoid groupthink in meetings You know when a meeting turns into a complete waste of time? Maybe you’re trying to come up with ideas, or make a decision. Before anyone realizes it, the meeting starts to suck. Meetings want to suck. Two of their favorite suckiness tactics are group brainstorming and group negotiation. Give them half a chance, and they’ll waste your time, sap your energy, and leave you with poor ideas and a watered-down decision.

Our Beloved Teacher in Hospital Official Announcement Re: Thay’s present health condition and how to support Thay’s recovery Plum Village, November 12, 2014 To all Plum Village Practice Centers, To all Practice Centers and Sanghas World Wide, To our Dear Beloved Friends, With a deep mindful breath we announce to the world the news that yesterday, the 11th of November 2014 Thay, Zen Master Thich Nhat Hanh, experienced a severe brain hemorrhage. Thay is receiving 24 hour intensive care from specialist doctors, nurses and from his monastic disciples.

Blogs Improving Access to Medical Oxygen By Anthony Gregorio - April 10, 2014 The Oxygen Gap Rwanda and Kenya experience an infant mortality rate that is eight to ten times greater than that of the U.S. The top six causes are all related to respiratory failure, and in many cases these deaths are avoidable if patients receive proper ventilation and oxygen. However, access to oxygen in east Africa is limited, expensive and unreliable. IDEO: Big Innovation Lives Right on the Edge of Ridiculous Ideas Imagine for a second if you could somehow wrap up the creative chaos of a kindergartner’s life and apply it at work. You’d go on field trips, make stuff, hatch crazy ideas, and be awed by the world on a daily basis. Sound ridiculous? At the renowned international design consultancy IDEO, it’s how work gets done every day. Psychologists tell us that as we age, we become self-conscious in classroom and other public settings, and quietly begin to suppress our playful tendencies for fear of being childish or breaking with social norms.