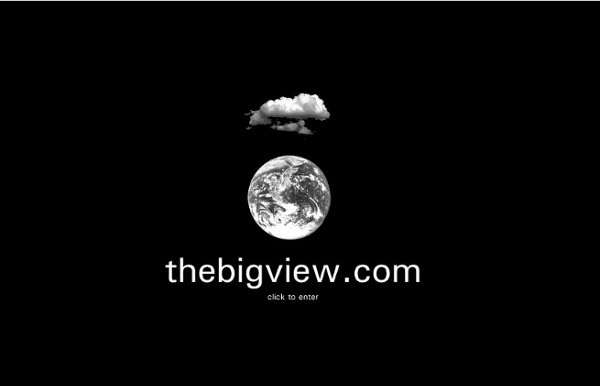 Symbolic Logic Symbolic logic is the method of representing logical expressions through the use of symbols and variables, rather than in ordinary language. This has the benefit of removing the ambiguity that normally accompanies ordinary languages, such as English, and allows easier operation. There are many systems of symbolic logic, such as classical propositional logic, first-order logic and modal logic. Each may have seperate symbols, or exclude the use of certain symbols. Logical Symbols The following table presents several logical symbols, their name and meaning, and any relevant notes. Albert Einstein: Becoming a Freethinker Taken from: Albert Einstein's Autobiographical Notes Open Court Publishing Company, LaSalle and Chicago, Illinois, 1979. pp 3-5. When I was a fairly precocious young man I became thoroughly impressed with the futility of the hopes and strivings that chase most men restlessly through life. Moreover, I soon discovered the cruelty of that chase, which in those years was much more carefully covered up by hypocrisy and glittering words than is the case today. By the mere existence of his stomach everyone was condemned to participate in that chase.

25 Free Digital Audio Editors You Should Know A digital audio editor is defined as a computer application for manipulating digital audio. As a multimedia creator, we normally use audio editor for recording audio, edit the duration and timeline, mix multiple sound tracks, apply simple effects for audio enhancement and create conversion between different audio file formats. There are countless ways that digital audio editor can be used, and fortunately there are plenty of good and free digital audio editors out there to help you with your own implementation. So if you’re thinking to purchase a license for Adobe Audition, Cool Edit or Soundforge, hold that thought first.

LSD Inventor's Remarkable Letter to Steve Jobs When Apple’s late guru, Steve Jobs, said in 2005 that "doing LSD was one of the two or three most important things I have done in my life," he caught the attention of another guru and inventor who lived 6,000 miles away in Switzerland. Albert Hofmann was a scientist working for Sandoz chemicals in Basel in 1938 when he first synthesized lysergic acid diethylamide, AKA LSD. That same year, he also became the first person to ingest acid and experience its peculiar psychedelic effects. In 2007, Rick Doblin, director of the Multidisciplinary Association of Psychedelic Studies (MAPS) in Santa Cruz, called Hofmann—who had just celebrated his 101st birthday—and told him that Jobs was a fan of the drug. So Hofmann sent a personal handwritten note, from one revolutionary inventor to another, wondering if the Apple founder might want to support a new study of "LSD-assisted psychotherapy in subjects with anxiety associated with life-threatening illness."

Animal Sleep Most animals have a daily pattern of rest and activity. Some animals are more active during the day (diurnal) and some are more active during the night (nocturnal). How much time do animals spend sleeping? Well, it depends on the animal: References: This table was adapted from four sources: Aserinsky, E., Eyelid condition at birth: relationship to adult mammalian sleep-waking patterns, In Rapid Eye Movement Sleep, edited by B.N.

18 Cool Inventions From the Past The time between the wars – the Great War and WW2 was one of great loss and uncertainty, but also one of invention, creativity and new ideas. The horrors of WWI shattered enlightenment belief that progress would continue and reason would prevail. New ideas and patterns of life developed in the 1920′s and in the way that people looked at the world [1]. The fast pace of technology change in the 20′s brought us the lie detector, traffic signal, bubble gum and Penicillin. An all-electronic moving-image television system somewhat similar to that used today was invented and demonstrated in 1929 [2].

13 Strange Highs from Around the World Maybe it’s pessimistic, but when it comes to what people will do to exit their sober minds, I’m rarely surprised. Getting high is an ancient practice for humans, and it will always have a presence in society. At the height of desperation, there simply are no boundaries to the pursuit of inebriation. All thirteen points in this infographic are glaring examples of this. It seems fundamentally human to not want to have one’s face in/around/ or near one’s own excrement. This aversion seems to disappear at some level of human deprivation. The Top 100 Items to Disappear First by Mr. Smashy Survival Cache You could also call this “The Top 100 Things You should start stocking up on.” Even if you don’t need more than 2 (you should always have 2 of everything) each item on this list will be great for bartering. This list was discussed and chosen by the members of SurvivalistBoards.com. No Particular Order.

40 Belief-Shaking Remarks From a Ruthless Nonconformist If there’s one thing Friedrich Nietzsche did well, it’s obliterate feel-good beliefs people have about themselves. He has been criticized for being a misanthrope, a subvert, a cynic and a pessimist, but I think these assessments are off the mark. I believe he only wanted human beings to be more honest with themselves. He did have a remarkable gift for aphorism — he once declared, “It is my ambition to say in ten sentences what others say in a whole book.” A hundred years after his death, Nietzsche retains his disturbing talent for turning a person’s worldview upside-down with one jarring remark. How Quantum Suicide Works& ­­A man sits down before a gun, which is pointed at his head. This is no ordinary gun; i­t's rigged to a machine that measures the spin of a quantum particle. Each time the trigger is pulled, the spin of the quantum particle -- or quark -- is measured. Depending on the measurement, the gun will either fire, or it won't. If the quantum particle is measured as spinning in a clockwise motion, the gun will fire. If the quark is spinning counterclockwise, the gun won't go off.

John Conway's Game of Life The Game The Game of Life is not your typical computer game. It is a 'cellular automaton', and was invented by Cambridge mathematician John Conway. This game became widely known when it was mentioned in an article published by Scientific American in 1970. It consists of a collection of cells which, based on a few mathematical rules, can live, die or multiply. Depending on the initial conditions, the cells form various patterns throughout the course of the game.