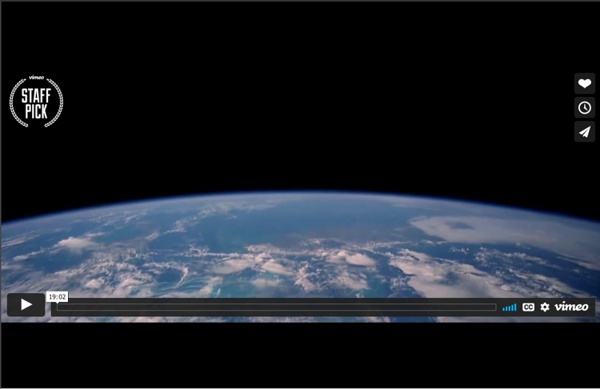 Oded Na’aman: The Checkpoint One morning, when I was about four years old, I proudly announced from the back seat of my family’s car, “Mother, I want you to know that I am the first kid in my whole kindergarten to think inside my head rather than out loud.” The car slowed to a standstill as we waited for the light to change. My mother turned to me, smiled, and said softly, “How do you know you’re the first?” I was speechless. How Our Delusions Keep Us Sane: The Psychology of Our Essential Self-Enhancement Bias by Maria Popova How evolution made the average person believe she is better in every imaginable way than the average person. “Optimism is the faith that leads to achievement; nothing can be done without hope,” Helen Keller wrote in her 1903 treatise on optimism. At First, It Looks Like A Smart Car. Open The Hatch And It Becomes A Holy-Crap-That's-Genius Car. For many wheelchair users, finding transportation can be challenging and even expensive. Manual wheelchair owners can often use regular cars but have to hoist themselves into the vehicle and then fold up and store their wheelchair, which is difficult, time-consuming, and nearly impossible in the rain or snow. Meanwhile, custom vans with wheelchair lifts can cost upward of $100,000.

Space Crafts & Ideas to Inspire Welcome back to our “Get Crafty” round up! A round up of crafty ideas out there designed to inspire you and your family to get crafty! This month’s theme is “Space” – all those wonderful, stars, planets, moons, rockets and maybe the odd aliens. Hopefully you will find something for everyone. The Art of Sustainable Development Einstein said that we can’t solve problems by using the same kind of thinking used when we created them. Wise words, except few people heed them when it comes to sustainable solutions for our ailing planet. Despite decades of scientific research into everything from air pollution to species extinction, individuals are slow to act because their passions are not being ignited.

Solar System Hat Activity for Kindergarten - Primary Theme ParkPrimary Theme Park I saw a variation of a solar system hat on Pinterest recently but decided to put my own spin on it when we studied space a couple of weeks ago. Here’s how to make it: First, take a piece of black cardstock or construction paper and cut it lengthwise into 4-inch by 12-inch strips. There should be a one inch strip left over.

Waking Life Transcript - Chapter 3 (Philosophy professor Robert Solomon, at the University of Texas at Austin) The reason why I refuse to take existentialism as just another French fashion or historical curiosity is that I think it has something very important to offer us for the new century. I'm afraid we're losing the real virtues of living life passionately, sense of taking responsibility for who you are, the ability to make something of yourself and feeling good about life. Existentialism is often discussed as if it's a philosophy of despair. Why I Am Not A Christian, by Bertrand Russell Introductory note: Russell delivered this lecture on March 6, 1927 to the National Secular Society, South London Branch, at Battersea Town Hall. Published in pamphlet form in that same year, the essay subsequently achieved new fame with Paul Edwards' edition of Russell's book, Why I Am Not a Christian and Other Essays ... (1957). As your Chairman has told you, the subject about which I am going to speak to you tonight is "Why I Am Not a Christian." Perhaps it would be as well, first of all, to try to make out what one means by the word Christian.