How does my brain work? 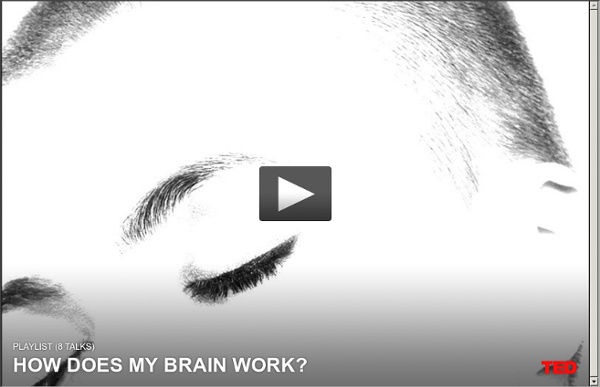 Draw It To Know It - Neuroanatomy Tutorials Neuroanatomy is a nightmare for most medical students. The complex array of nuclei, ganglia, tracts, lobes, Brodmann areas and cortical layers seem to the uninitiated as the height of useless trivia. My own memory of my neuroanatomy class in medical school is vivid. Our professor ordered each member of the class to buy a set of colored pencils; the kind you had in third grade. Each color was coded for particular structures (red for the caudate, green for the putamen, yellow for the claustrum and burnt sienna of for the globus pallidus). 2 : À la recherche de Dieu dans le cerveau : le Dr. Mario Beauregard, neuroscientifique canadien Welcome, esteemed viewers to today’s Science an Spirituality featuring Dr. Mario Beauregard an associate research professor in the departments of psychology and neuroscience at the University of Montreal in Canada. Dr.

5 Future Technology Myths" The flying car has been prophesied for decades. It's one of the holy grails of the futuristic, utopian society, where everyone gets to zip around through the air and land easily, quietly and safely wherever he or she wants. You've probably seen videos of flying-car prototypes, taking off from the ground, hovering and possibly crashing. But the first "autoplane" was actually unveiled in 1917, and many similar efforts have followed.

1 : À la recherche de Dieu dans le cerveau : le Dr. Mario Beauregard, neuroscientifique canadien Welcome, esteemed viewers to today’s Science an Spirituality featuring Dr. Mario Beauregard an associate research professor in the departments of psychology and neuroscience at the University of Montreal in Canada. Dr. Beauregard is known for the 2008 book “The Spiritual Brain: A Neuroscientist’s Case for the Existence of the Soul,” which he co-authored with journalist Denyse O’Leary.

Being someone else: How virtual reality is allowing men and women to swap bodies It’s disorienting to look in the mirror and see yourself as another gender. I’m wearing my Oculus Rift development kit, and the virtual reality hardware gives me the illusion of being in a comfortable room in an Italian villa. There is a mirror in the room, and in it I don’t see myself, but a woman.

Will we ever have love affairs with video game characters? In Spike Jonze’s new movie Her, Joaquin Phoenix is an introverted writer on the verge of divorce who falls in love with his computer’s intelligent operating system. Exactly how far-fetched or credible you think that is probably depends on how invested you are in technology. It was after all, inspired by the real-life web application Cleverbot, which lets visitors engage in conversations with an AI program; and in a lot of ways the movie is a study of our growing reliance on devices as mediators in our social lives and love affairs. From Siri to Tinder, our smartphones and tablets are simultaneously humansing themselves while mechanising our relationships with other humans. How long before we fall for the devices themselves? 5 Futuristic Trends That Will Shape Business And Culture Today Trend-spotting shop Sparks & Honey has given us ideas to watch in health care, jobs we might be doing in 2025, and the future of relationships. Here, the shop takes a deep-dive into the zeitgeist to identify cultural trends. They're themes that could affect business, and therefore how we live, in the next year or two. Pranking is increasingly common. Some examples: a Coloradan sushi restaurant claiming (falsely) to have a cannabis pairing menu; artisanal plunger parodying high-end household tools; Amazon's ridiculous (though highly successful) drone roll-out. The line between fiction and reality is blurring; pranking is becoming something of a legitimate marketing tactic.

Inforg Inforgs are informationally embodied organisms, entities made up of information, that exist in the infosphere. These informationally embodied organisms are also called natural agents. Description[edit] Inforgs was used by Luciano Floridi to describe what makes up an infosphere.[1] The usage of the word describes organisms that are made up of information rather than "standalone and unique entities". LivesOn says death is no excuse to stop tweeting Just in case the zombie apocalypse makes the scenario viable, post-mortem, would you like your inert corpse to be propped up in front of a keyboard so you can keep tweeting? Happily, things don't have to get fetid. To enable a continuous warbling in spite of the hindrance of rigor mortis, we will soon have LivesOn - a service that promises that after your heart stops beating, you can keep tweeting.