Think On Your Own 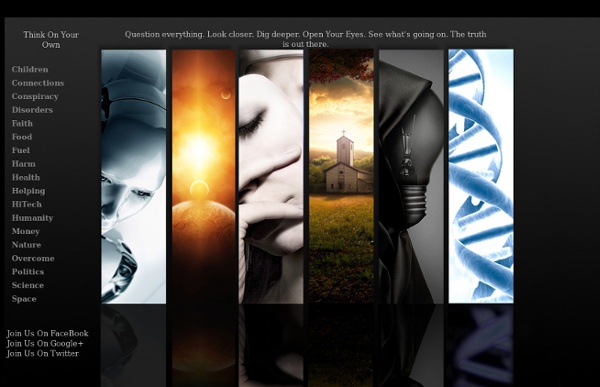 tech Sean Parker at the Web 2.0 Summit yesterday (photo by JD Lasica) Sean Parker, CEOs of Salesforce & eBay highlight day 1 of Web 2.0 Summit The one conference I try to make every year is the venerable Web 2.0 Summit in San Francisco. I’ve now been to seven out of the eight annual gatherings of entrepreneurs, Silicon Valley luminaries and tech-savvy business people. Theory of Change Community As we define it, a Theory of Change defines all building blocks required to bring about a given long-term goal. This set of connected building blocks–interchangeably referred to as outcomes, results, accomplishments, or preconditions is depicted on a map known as a pathway of change/change framework, which is a graphic representation of the change process. Built around the pathway of change, a Theory of Change describes the types of interventions (a single program or a comprehensive community initiative) that bring about the outcomes depicted in the pathway of a change map. Each outcome in the pathway of change is tied to an intervention, revealing the often complex web of activity that is required to bring about change. A Theory of Change would not be complete without an articulation of the assumptions that stakeholders use to explain the change process represented by the change framework. It differs from any other method of describing initiatives in a few ways:

Glossary 09 October 2007 Glossary Absentee voting Absentee voting allows voters who cannot come to polling places a means to cast a ballot. A variety of circumstances, including residency abroad, illness, travel or military service, could prevent voters from coming to the polls on Election Day. Charge Your Cell Phone with Your Voice South Korean researchers developed a new technique for turning sound into electricity, allowing a mobile phones to be charged while the user is talking over the phone. At the Sungkyunkwan University in Seoul, Dr. Sang-Woo Kim is working on a revolutionary new technology that he hopes will change the way we use our cell phones in the future. So far there have been several ideas floating around for tapping into unused energy to charge up cell phones, including solar power, surrounding vibration, and even electromagnetic energy which fills the air around us at all times.

The International Flag of Planet Earth The scientific study of flags is called vexillology, and the practice of designing flags is called vexillography. Both of these are an outcome of heraldry. In these practices there are different unofficial design rules/costums, about colors, placement, proportions, typography, and aestethics in general. This proposal is accurate according to the regulations regarding flags. Centered in the flag, seven rings form a flower – a symbol of the life on Earth.

The Official Epic Rap Battles of History Website Albert Einstein Hello there. I’m a theoretical physicist from Germany. I created the the theory of general relativity that unifies the ideas of gravity. I also created the idea of “spacetime,” which combines space and time and might actually prove time travel is possible . I know, I know, science can get a little boring, which is why I’m also crazy eccentric. Using Social Media for SEO A large part of search engine optimisation (SEO) is about gaining links (link building) which point back to your website. Now, I’m sure you are aware directory link building isn’t as good as it was a few years ago and the big G puts a lot of weight on trusted and established domains, so what better way to do link building using the powers of social media? Below you will find a list of websites I have used in the past and also my personal recommendations when using social sites for SEO. Bookmarking: Social networks: