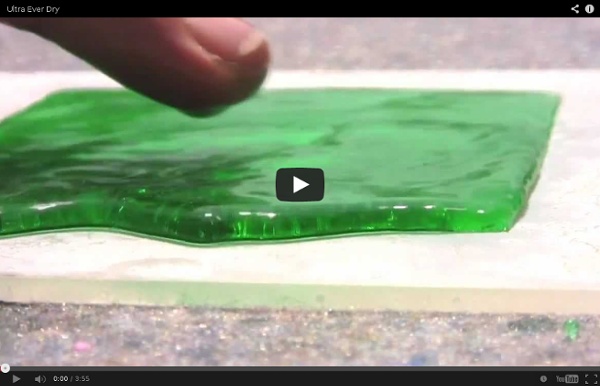 For Autodesk, a Step Into a Nanoscale World “Project Cyborg” offers services like molecular modeling and simulation. Autodesk, a quirky software start-up in Marin County, north of San Francisco, rose to prominence in the early 1980s because of AutoCAD, its computer-aided design program that was intended for use on personal computers. Over the next decade, AutoCAD became the standard design tool for architects and engineers. This week at the TED conference in Long Beach, Calif., the company will take the first public step toward translating its computer design approach, which has since spilled over from Hollywood to the Maker movement, into the emerging nanoscale world of synthetic biology and materials. For the last two years, a small group of software engineers and molecular biologists have been developing a software system for designing at the molecular level at the company’s research laboratory in downtown San Francisco. The company has quietly begun working with a small group of molecular biologists in the last year.

Gaui x7 How Digital Detectives Deciphered Stuxnet, the Most Menacing Malware in History | Threat Level It was January 2010, and investigators with the International Atomic Energy Agency had just completed an inspection at the uranium enrichment plant outside Natanz in central Iran, when they realized that something was off within the cascade rooms where thousands of centrifuges were enriching uranium. Natanz technicians in white lab coats, gloves and blue booties were scurrying in and out of the “clean” cascade rooms, hauling out unwieldy centrifuges one by one, each sheathed in shiny silver cylindrical casings. Any time workers at the plant decommissioned damaged or otherwise unusable centrifuges, they were required to line them up for IAEA inspection to verify that no radioactive material was being smuggled out in the devices before they were removed. The technicians had been doing so now for more than a month. "We were not immune to the fact that there was a bigger geopolitical picture going on. The question was, why? Click to Open Overlay Gallery Jon Snyder/Wired The clock was ticking.

Stanford University Researchers Make Complex Carbon Nanotube Circuits Researchers at Stanford University have built one of the most complex circuits from carbon nanotubes yet. They showed off a simple hand-shaking robot with a sensor-interface circuit last week at the International Solid-State Circuits Conference in San Francisco. As the silicon transistors inside today’s computers reach their physical limits, the semiconductor industry is eyeing alternatives, and one of the most promising is carbon nanotubes. Tiny transistors made from these nanomaterials are faster and more energy efficient than silicon ones, and computer models predict that carbon nanotube processors could be an order of magnitude less power hungry. But it’s proved difficult to turn individual transistors into complex working circuits (see “How to Build a Nano-Computer”). The demonstration carbon nanotube circuit converts an analog signal from a capacitor—the same type of sensor found in many touch screens—into a digital signal that’s comprehensible by a microprocessor.

Proof That Science Is Sorcery Adam Green: The Spectacular Thefts of Apollo Robbins, Pickpocket A few years ago, at a Las Vegas convention for magicians, Penn Jillette, of the act Penn and Teller, was introduced to a soft-spoken young man named Apollo Robbins, who has a reputation as a pickpocket of almost supernatural ability. Jillette, who ranks pickpockets, he says, “a few notches below hypnotists on the show-biz totem pole,” was holding court at a table of colleagues, and he asked Robbins for a demonstration, ready to be unimpressed. Robbins demurred, claiming that he felt uncomfortable working in front of other magicians. He pointed out that, since Jillette was wearing only shorts and a sports shirt, he wouldn’t have much to work with. “Come on,” Jillette said. Again, Robbins begged off, but he offered to do a trick instead. “Fuck. Robbins held up a thin, cylindrical object: the cartridge from Jillette’s pen. Robbins, who is thirty-eight and lives in Las Vegas, is a peculiar variety-arts hybrid, known in the trade as a theatrical pickpocket. “What do you do?” “That’s right.”

Zinc Oxide Nanowires Transistors Can Be Sophisticated Pressure Sensors Arrays of transistors made of nanowires could form the basis of a new class of devices nearly as sensitive to mechanical force as human skin is, according to research published today in Science. The inventor of the technology, Zhong Lin Wang, a professor of materials science and engineering at Georgia Tech, says it has immediate applications in human-machine interfaces. For example, it could be used to capture electronic signatures by recording the distinctive force an individual applies while signing. Down the road, says Wang, his group’s pressure sensor arrays could equip robotics and prosthetics with a human-like sense of touch. Electronically replicating the sensitivity of the human sense of touch has proved extremely challenging. Recently, some research groups have demonstrated that micro- or nanoelectronics assembled on flexible, bendable substrates could monitor pressure changes at a fairly high level of detail and thus could potentially act as a kind of “artificial skin.”

Hamilton Scotts, En-suite Sky Garage Singapore If you want to build the future, you need to understand smart materials When Ted Nelson said in his 1974 book Computer Lib, “You can and must understand computers NOW,” there would have been more than a few people who thought he was jumping the gun. In hindsight, Ted was bang on. We’re on another precipice of dramatic innovation as we get closer to closing the gap between technology and physical objects. We may not have satisfied Peter Thiel with flying cars yet, but smart materials are opening up new ways to communicate, connect and automate our lives. The possibilities of smart materials are extraordinary. Imagine not having to check the weather before you get dressed, because your clothes will adjust themselves to regulate your body temperature. This is what the future looks like, so if there’s ever a time to learn about smart materials, it’s now. Smart materials have a fairly vague definition, which points to any material that exhibits ‘smart behaviors.’ Catarina makes a great argument for getting involved with smart materials and exploring their uses:

Solar cell, heal thyself Plants are good at doing what scientists and engineers have been struggling to do for decades: converting sunlight into stored energy, and doing so reliably day after day, year after year. Now some MIT scientists have succeeded in mimicking a key aspect of that process. One of the problems with harvesting sunlight is that the sun’s rays can be highly destructive to many materials. That process has now been imitated by Michael Strano, the Charles and Hilda Roddey Associate Professor of Chemical Engineering, and his team of graduate students and researchers. Strano says the idea first occurred to him when he was reading about plant biology. One of Strano’s long-term research goals has been to find ways to imitate principles found in nature using nanocomponents. This action all takes place inside tiny capsules called chloroplasts that reside inside every plant cell — and which is where photosynthesis happens.

AIREAL: Interactive Tactile Experiences in Free Air Scientists make "Impossible Material" ... by accident In an effort to create a more viable material for drug delivery, a team of researchers has accidentally created an entirely new material thought for more than 100 years to be impossible to make. Upsalite is a new form of non-toxic magnesium carbonate with an extremely porous surface area which allows it to absorb more moisture at low humidities than any other known material. "The total area of the pore walls of one gram of material would cover 800 square meters (8611 sq ft) if you would 'roll them out'", Maria Strømme, Professor of Nanotechnology at the Uppsala University, Sweden tells Gizmag. That's roughly equal to the sail area of a megayacht. Scientists have long puzzled over this particular form of magnesium carbonate since it doesn't normally occur in nature and has defied synthesis in laboratories. The breakthrough came when they tweaked the process a little and accidentally left the material in the reaction chamber over a weekend. Source: Disruptive Materials

LIFX: The Light Bulb Reinvented LIFX is the smartest light bulb you've ever experienced. It's a wifi-enabled, energy efficient, multi-colored bulb that you control with your iPhone or Android. LIFX gives you unprecedented control of your lights, reduces your energy costs, lasts up to 25 years and delivers an amazing range of experiences we think you’ll love. LIFX is incredibly easy to set-up. We [Phil Bosua, Andrew Birt, Andy Gelme, John Bosua, Ben Hamey, Dave Evans and Guy King] have designed, redesigned and reimagined LIFX many times during the past six months, pouring countless hours into thinking about the user experience, the technical aspects of the project and how to deliver the world's smartest lightbulb to you at an affordable price point. LED lighting is the future of home and commercial lighting around the world. These bulbs will not only bring you a great experience, but are one of the easiest ways to reduce your energy bills and impact on the environment. In addition they're unbelievably long-lasting.