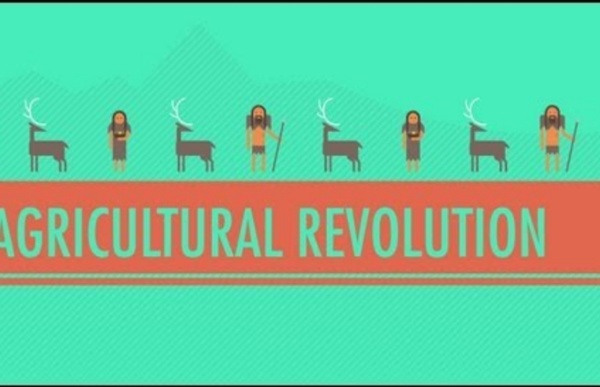 Humans Change the World Modern humans evolve in Africa. Image courtesy of Karen Carr Studio.For millions of years all humans, early and modern alike, had to find their own food. They spent a large part of each day gathering plants and hunting or scavenging animals. Then, within just the past 12,000 years, our species, Homo sapiens, made the transition to producing food and changing our surroundings. We have been so successful that we have inadvertently created a turning point in the history of life on Earth. Internet History Sourcebooks Internet Ancient History Sourcebook The Internet Ancient History Sourcebook has expanded greatly since its creation, and now contains hundred of local files as well as links to source texts throughout the net. See Introduction for an explanation of the Sourcebook's goals.

5 Nazi Plans That Prove They Were Dumber Than You Think Other websites like to tiptoe around the issue, but we've never hesitated to come out and just say it: The Nazis were bad. And the thing is, the Nazis weren't strictly about tearing Europe down brick by brick and the Holocaust. They actually had tons of other horrible and, quite frankly, stupid ideas. Not all of them were brought to fruition, fortunately, but at one time or another, Hitler was all about ... Who were the Mongols? Around 500 BCE, a tribe of nomadic people called the Mongols lived in Asia. The Mongols were traders and herdsmen. They herded sheep and traded horses with the ancient Chinese and Persians. In the summer, they moved with their herds across the vast steppes of Asia, seeking fresh pasture land. They used dogs to help them herd the cattle.

5 Whores Who Changed The Course of History For most of us, performing sexual favors in some dark alley for grocery money is about as low as life can get. But history is full of stories of prostitutes who parlayed their skills into positions of prestige and power. And some of them changed the world. Where: GREAT MILITARY BATTLES At the height of the Assyrian Empire (700 BC) she possessed the most powerful army yet seen in the ancient world, and would go on to dominate the for three hundred years. Expansion began in the reign of King Ashurnasirpal II (883 – 859) BC whose campains would reveal the true military skill on which the Assyrians would conquer, their superior tactics and technology in siege warfare. In his first campaign, Ashurnasirpal captured five cities in an era when other warlords would have regarded the capture of one a successful conclusion to hostilities. Ashurnasirpal’s son Shalmaneser III (859 - 824) BC also adopted a policy of conquest. Shalamaneser’s armies defeated an alliance of northern Syrian states at the battle of Lutibu in 858 BC, advancing his northern frontiers into and controlling the important trade routes to .

Myth, Legend, Folklore, Ghosts Apollo and the Greek Muses Updated July 2010 COMPREHENSIVE SITES ON MYTHOLOGY ***** The Encyclopedia Mythica - SEARCH - Areas - Image Gallery - Genealogy tables - Mythic Heroes Probert Encyclopaedia - Mythology Gods, Heroes, and MythDictionary of Mythology What is Myth? Sakamoto Ryoma and Nakaoka Shintaro: Very Different, Yet Very Similar The alliance between Satsuma and Choshu, concluded in early 1866, was a turning point in the revolution. Sakamoto Ryoma’s biographers never fail to point out that the epochal event was brought about by a political outlaw who considered himself “a nobody.” While Ryoma receives so much of the historical limelight, it must not be forgotten that Nakaoka Shintaro, Ryoma’s cohort from Tosa, also played an indispensable role in bringing about the Satsuma-Choshu Alliance. Until the alliance was concluded, Satsuma and Choshu were bitter enemies. But they embraced the same goal: to overthrow the Tokugawa Shogunate.

Did the CIA test LSD in the New York City subway system? On Nov. 28, 1953, Frank Olson, a bland, seemingly innocuous 42-year-old government scientist, plunged to his death from room 1018A in New York’s Statler Hotel, landing on a Seventh Avenue sidewalk just opposite Penn Station. Olson’s ignominious end was written off as an unremarkable suicide of a depressed government bureaucrat who came to New York City seeking psychiatric treatment, so it attracted scant attention at the time. But 22 years later, the Rockefeller Commission report was released, detailing a litany of domestic abuses committed by the CIA. The ugly truth emerged: Olson’s death was the result of his having been surreptitiously dosed with LSD days earlier by his colleagues. The shocking disclosure led to President Gerald Ford’s apology to Olson’s widow and his three children, who accepted a $750,000 civil payment for his wrongful death.

The 9,000-year-old underground megalithic settlement of Atlit Yam Not far off the coast of the village of Atlit in the Mediterranean Sea, near Haifa in Israel, lies the submerged ruins of the ancient Neolithic site of Atlit Yam. The prehistoric settlement, which dates back to the 7 th millennium BC, has been so well preserved by the sandy seabed that a mysterious stone circle still stands as it was first erected, and dozens of human skeletons lay undisturbed in their graves. Atlit Yam is one of the oldest and largest sunken settlements ever found and sheds new light on the daily lives of its ancient inhabitants. Today, Atlit Yam lies between 8 – 12 metres beneath sea level and covered an area of 40,000 square metres. At the centre of the settlement, seven megaliths (1.0 to 2.1 metres high) weighing up to 600 kilograms are arranged in a stone semicircle.