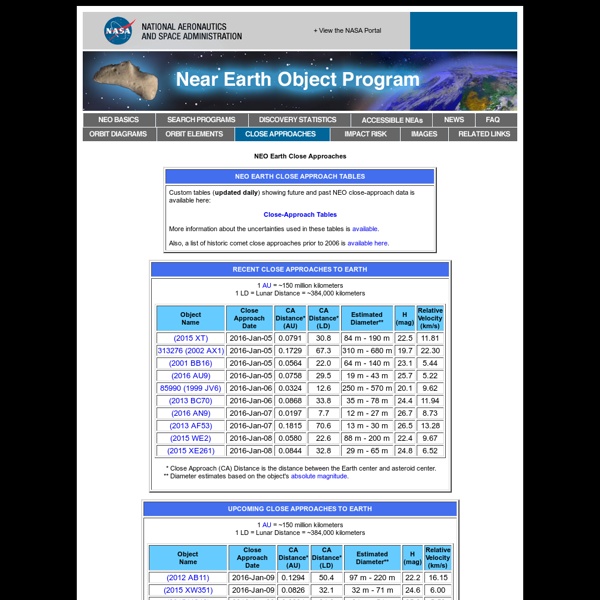 How to Make Chicken Stock at Home Chicken Stock- How to Make at Home Two Types of Chicken Stock There are basically two types of chicken stock you can make at home. One is “brown” and the other “white”. The difference is simple. The brown stock is made from roasted chicken bones and the white stock is not. But some recipes, including those for making some white sauces and white stews & braises require a white chicken stock. What is a Sachet? A sachet is a small bag made out of cloth or cheesecloth that is filled with various herbs and spices and used to add flavor to soup, stews, stocks and sauces. Fresh herbs and spices are better but dried will do nicely if you don’t have access to fresh. Alternatives to Homemade I used to make chicken stock at home all the time and use some for a recipe and freeze the rest in quart containers. Chicken Stock- How to Make Homemade Chicken Stock Ingredients: 5 pounds chicken pieces, wings, backs and necks. How To Make At Home: Pre-heat the oven to 350°F. Add the sachet to the pot.

Gardening in a drought Guest post by Mark M. NOTE: This may be something to print out and store in your SurvivalMom Binder for future reference. image by International Center for Tropical Agriculture I have lived in many countries over the years, and have always had a vegetable garden. Not just for cost, as many of the countries I have lived in have had what we considered dirt cheap food, but for the quality. Recently, some friends told me about the bad drought in Texas. Kenya and Botswana. So how do they manage that? The technique involves three separate things, all of which are easily made by anyone with the ability to use a shovel, hammer or a trowel. Raised beds When we rented our home in Botswana, in the yard behind the house was a series of concrete troughs, roughly 4 foot wide, 2 foot deep and 15 foot long, running north to south. Shade netting Every 3 feet in the troughs was a hole, just the right size to take a ¾ inch PVC pipe. Thread watering Watering plants is the biggest problem during a drought.

Information Found Inside Meteorite Gives Insight To Earth's Freezing Core Researchers have captured information stored inside tiny magnetic regions in meteorite samples using a detailed imaging technique at the BESSY II synchrotron in Berlin. Meteorites are fragments of asteroids formed in the early solar system. The asteroids were heated up by radioactive decay, causing them to melt and segregate into a liquid metal core surrounded by a solid rocky mantle. The convection of the liquid metal generates a magnetic field similar to how the Earth's magnetic field is created. The information found by the team relays the magnetic field of the meteorite during core solidification on its parent body. The meteorites used are called Pallasite Meteorites which are made up of iron and nickel. The data shows that the magnetic fields generated by the asteroids lasted longer than expected; about several hundred million years after the it formed. Video: Identifying Meteorites "It's funny that we study other bodies in order to learn more about the Earth," said Bryson.

Plan to Capture an Asteroid Runs Into Politics But the space agency has encountered a stubborn technical problem: Congressional Republicans. Normally, there is bipartisan support (or disapproval) in Congress for NASA’s bolder plans, particularly when they involve human spaceflight. What squabbling does take place tends to pit lawmakers from states with big NASA presences, like Florida and Texas, against those with fewer vested interests. This month, however, the science committee in the Republican-controlled House voted to bar NASA from pursuing that faraway rock. In a straight party vote — 22 Republicans for, 17 Democrats against — the committee laid out a road map for NASA for the next three years that brushed aside the asteroid capture plan, the centerpiece of the Obama administration’s agenda for space exploration. The plan, instead, included new marching orders, telling NASA to send astronauts back to the , set up a base there and then aim for (and to do so with less money than requested). Mr.

Mystery, The Pick Up Artist After about ten years of trial and error, Mystery assumingly learned how to talk to women. Not content with being the only Casanova on the planet, he formed his aptly titled "Mystery Method." This eventually led him to start appearing on television. Rinato"/> Just The Facts Erik James Horvat-Markovic is his real name. Cracked on Mystery "I'm gonna get you laid." Mystery first became known for marketing his technique designed to seduce women. However, he still would have remained out of the public's eye had it not been for the book The Game: Penetrating the Secret Society of Pick-up Artists. This is him, right here. Things only went downhill from there. Super Sergeant Shag Hat Things could not have possibly gotten any worse for the normal guys who just wanted to get laid. If only we were talking about the shitty movie with Tony Stark The Bullshit that is The Game "Game" was a term coined early in the 70's urban area to describe one's ability to attract a female. Seriously Style, Fuck you. Wings?

NASA Plans Asteroid Mining Mission - Space News August 9, 2013 Image Caption: This is an artist's concept of NASA's OSIRIS-REx spacecraft preparing to take a sample from asteroid Bennu. Credit: NASA/Goddard/Chris Meaney [ Watch The Video: OSIRIS-REx Investigates Asteroid Bennu ] Brett Smith for redOrbit.com – Your Universe Online NASA announced yesterday that it will be launching a spacecraft in 2016 with the intent of laying the groundwork for future expeditions to mine asteroids. The space agency added that the mission – dubbed the Origins, Spectral Interpretation, Resource Identification, Security and Regolith Explorer (OSIRIS- REx) – is scheduled to visit the asteroid Bennu and enable scientists to better study the origins of the universe by taking a sample of the 1,600-foot wide asteroid. After traveling through the solar system for two years, the spacecraft is scheduled to arrive at Bennu in October 2018. Scientists are able to determine an asteroid’s approximate composition by analyzing the light that it reflects.

Survival Food Series: Medicinal Plants for the Survival Garden Plants have been revered through out history for their magical healing powers. In a dire situation where over the counter medicine is no longer available, many will be forced to turn their backs on modern medicine and reacquaint themselves with more homeopathic and natural forms. In this type of situation, many will be turning to alternative medicines to alleviate and assist some of the more chronic health issues such as high blood pressure, menopausal symptoms, migraines, anemia and arthritis. Acquiring books on herbal medicines for a disaster scenario would be a great knowledge source to add to any preparedness library. In the book, Herbal Medicine: The Natural Way To Get Well and Stay Well by Dian Dincin Buchman, Ph. 1. “Cayenne pepper is a powerful stimulant, producing a sense of heat in the stomach, and a general glow ove r the body without a narcotic effect. This pepper can assist as a digestion aid. 2. 3. 4. 5. 6. 7. A tea made of common sage can help lift depression. 8. St. 9.

NASA takes asteroid mining seriously; funds viability study Only five months after Google’s billionaire co-founders and filmmaker James Cameron officially launched their asteroid mining focused Planetary Resources company, the U.S. National Aeronautics and Space Administration (NASA) is funding a study to evaluate how viable the endeavour really is. According to Universe Today, space architect Marc Cohen will lead the research project, with the help of two trajectory and robotics specialists and a mineral economist. Their jointed proposal, says NASA, will look at the fundamentals of some major questions facing the asteroid mining industry, such as the most suitable kinds of spacecraft needed, as well as the technology and business model required for a space mining project. The team will design a mission, using a robotic miner that would launch from one of the Earth-Moon Lagrange Points (EMLP) and intercept a near Earth asteroid, mine its resources on site, and then return to the EMLP to eventually ship the mined materials to Earth.

Surviving the Middle Class Crash Asteroid-mining company seeks $20 million in funding. - latimes.com A group of private entrepreneurs is raising $20 million to fund the first stage of a mission to identify asteroids close to Earth and mine them for valuable materials. Deep Space Industries plans to launch three small crafts armed with cameras, called Fireflies, on an asteroid discovery mission as early as 2015. Three more spacecrafts, called Dragonflies, are expected to launch in 2016 to collect samples to be evaluated for mining potential. Planetary Resources, a Seattle company that launched its asteroid-mining operation last year, is developing a space telescope for spaceflight soon. More than 9,000 near-Earth asteroids have been recorded, according to NASA. Experts believe that asteroid mining could become its own industry. Deep Space Industries' founders called asteroid mining a potential "gold rush" during an unofficial launch event Tuesday at the Santa Monica Museum of Flying. Firm has its sight set on mining asteroids Meteorite may offer clues on asteroid Vesta's inner life

Greenpeace: Thank you for taking action to shut down old nuclear plants. Now find out how close you live to one of these dangerous and dirty nuclear reactors by entering your zip code below. Be sure to share that information with your friends and family. How close do you live to a nuclear plant? Find out now: Goal: 35,000 signatures 27,475 signatures so far! Email Your Friends Share this with the people in your email address book by clicking the button below. Or, copy and paste the text below into an email message Subject: Indefensible Dear Friend, Twenty-three nuclear plants across the United States share the same design as the Fukushima Daiichi plant in Japan. Join me in telling Congress to shut down old nuclear plants and switch to clean, renewable sources of energy like the sun and wind. https%3A%2F%2Fsecure3.convio.net%2Fgpeace%2Fsite%2FAdvocacy%3Fcmd%3Ddisplay%26page%3DUserAction%26id%3D893%26s_src=TAF%26s_subsrc=Email