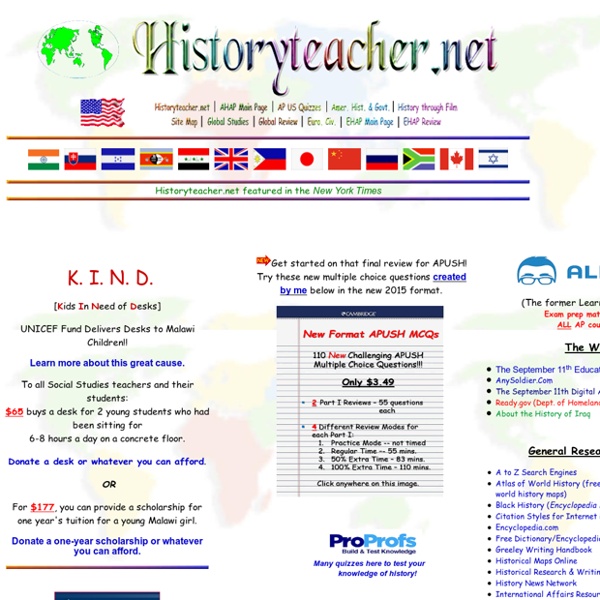 newteacher U.S. Education in Chinese Lock Step? Bad Move. By Brian P. Ours…to fight for « Past is Present Paul Revere, "A Warm Place--Hell" (1765) It is probably not news to readers of this blog that The New York Times recently, and favorably, reviewed the American Antiquarian Society’s Grolier Club exhibition “In Pursuit of a Vision.” But readers familiar with the two societies neither will be surprised that the AAS has exhibited at the Grolier Club in the past (in 1967 with “A Society’s Chief Joys”) and contributed items from its own collections to many exhibitions held at and sponsored by the Grolier club, including: A Teaching Strategy: Teaching U.S. History Backwards Contributing Editor's Note: This is the first of a series of columns about specific teaching experiences and strategies. The contributing editor welcomes submissions of your strategies in your fields. I teach my American history survey course backwards. I don't mean, of course, that I stand for the entire semester facing the blackboard (as my fifth grade math teacher did), but that I start in the present and work my way backwards—at least part of the time.

Home of the Concord Review, the National Writing Board The Concord Review, Inc., was founded in March 1987 to recognize and to publish exemplary history essays by high school students in the English-speaking world. With the Summer 2013 Issue (#97), 1,066 research papers (average 6,000 words, with endnotes and bibliography) have been published from authors in forty-six states and thirty-eight other countries. The Concord Review remains the only quarterly journal in the world to publish the academic work of secondary students. Many of our authors have sent reprints of their papers with their college application materials, and they have gone on to Brown (25), Chicago (20), Columbia (21), Cornell (15), Dartmouth (20), Harvard (116), Oxford (13), Pennsylvania (23), Princeton (60), Stanford (38), Yale (97), and a number of other fine institutions, including Amherst, Berkeley, Bryn Mawr, Caltech, Cambridge, Chicago, McGill, Middlebury, MIT, Reed, Smith, Trinity, Tufts, Virginia, Wellesley, Wesleyan, and Williams.

Coming of the American Revolution Individuals and nations are moved to bold and decisive action not in the midst of calm but in the heat of strife. In the years between 1764 and 1776, America truly became a nation. Where before America had been a cluster of competing British colonies—with differing origins, goals, and policies—by 1776 colonists had forged a separate identity flexible enough to support not just revolution but nation building. By investigating the lives and events recorded in newspapers, official documents and personal correspondence from our collection, you will immerse yourself in the past and discover the fears, friction and turmoil that shaped these tumultuous times.

Who Holds the Federal Debt See the history of the debt limit since 1980. As of the end of March, the federal government owed $14.27 trillion to a wide variety of holders of U.S. Treasury securities. This graphic depicts who those creditors are and the amount they have bought in treasuries. History Map Archive Browse the Map Archive The art and history of cartography, aka mapmaking, goes back to ancient times. Or at least what they thought it could look like. Our English word map derives from the Latin word mappa, meaning napkin or cloth on which maps were drawn. The Map Archive This map collection is indexed chronologically and by continent. List of political parties in the United States This is a list of political parties in the United States, both past and present. Parties with federal representation[edit] Current United States Congressional seats Congressional leadership of the House of Representatives Congressional leadership of the Senate The Vice President of the United States has the additional duty of President of the Senate.