Iraq and Afghanistan Wars Have Cost $75,000 Per American Household. HOUSTON (MainStreet) — The crippled, dysfunctional country of Iraq is crumbling. 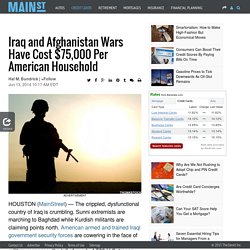 Sunni extremists are marching to Baghdad while Kurdish militants are claiming points north. American armed and trained Iraqi government security forces are cowering in the face of the assaults. While President Obama considers a military response, the toll of nearly 4,500 U.S. troops lost in "Operation Iraqi Freedom" is still very fresh on American's minds. A study released last year by Linda J. Bilmes, a senior lecturer in public policy at Harvard, estimated the cost of the wars in Iraq and Afghanistan would likely result in a cost between $4 trillion to $6 trillion – the most expensive wars in American history. "There are substantial social-economic costs that accompany these statistics," Bilmes adds. Car2Go Electric Drive. zHome. zHome is a ten unit townhome project designed to achieve zero net energy, as well as a number of other environmental benchmarks. 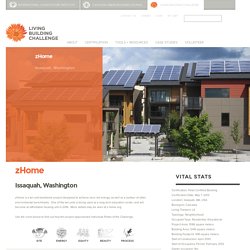 One of the ten units is being used as a long term education center, and will become an affordable housing unit in 2016. More details may be seen at z-home.org. Use the icons below to find out how this project approached individual Petals of the Challenge. Limits to Growth This site is part of Issaquah Highlands, an urban village developed as an expansion to the City of Issaquah. The Highlands as a whole was originally permitted in 1996, and dedicated four acres of permanent open space for every acre of developed village area. Small Planet Supply. Tesla Powerwall. Pumped Hydroelectric Storage. Executive Summary Pumped hydroelectric storage facilities store energy in the form of water in an upper reservoir, pumped from another reservoir at a lower elevation (Figure 1). 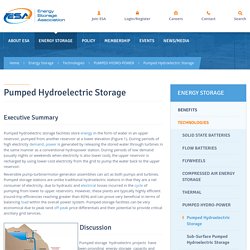 During periods of high electricity demand, power is generated by releasing the stored water through turbines in the same manner as a conventional hydropower station. During periods of low demand (usually nights or weekends when electricity is also lower cost), the upper reservoir is recharged by using lower-cost electricity from the grid to pump the water back to the upper reservoir. Reversible pump-turbine/motor-generator assemblies can act as both pumps and turbines. Pumped storage stations are unlike traditional hydroelectric stations in that they are a net consumer of electricity, due to hydraulic and electrical losses incurred in the cycle of pumping from lower to upper reservoirs. Discussion Conclusions and Observations. By the Time You Read This, They've Slapped a Solar Panel on Your Roof. Solar is so cheap, the problem now is how to pay for it. 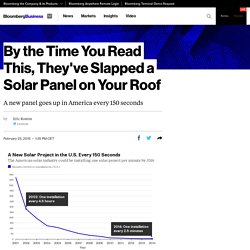 Prices for panels are down more than 65 percent in five years, to less than 70¢ a watt. What's next? One word, Ben: financing. Building a solar generating facility—either a massive one in a desert or a tiny one on the roof—involves serious up-front costs. In extreme cases, the cost of capital can make power almost 50 percent more expensive than it would otherwise be, says a report released Tuesday, Feb. 24, by the independent German research group Agora Energiewende. But the industry is growing up in ways that are leading to both lower costs overall and, as GreenTech Media has reported, faster installations. 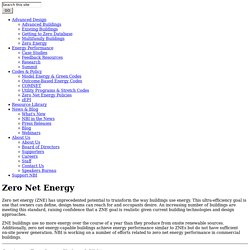 This ultra-efficiency goal is one that owners can define, design teams can reach for and occupants desire. An increasing number of buildings are meeting this standard, raising confidence that a ZNE goal is realistic given current building technologies and design approaches. ZNE buildings use no more energy over the course of a year than they produce from onsite renewable sources. Additionally, zero net energy-capable buildings achieve energy performance similar to ZNEs but do not have sufficient on-site power generation. 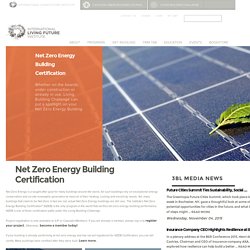 Each sculpture will continuously distribute clean energy into the electrical grid, with each having the potential to provide power for hundreds to thousands of homes around the world. Presenting the power plant as public artwork—simultaneously enhancing the environment, increasing livability, providing a venue for learning, and stimulating local economic development—is a way to address a variety of issues from the perspective of the ecologically concerned artist and designer. By nature of its functional utility, the work also sets itself into many other overlapping disciplines from architecture and urban design to mechanical engineering and environmental science. This interdisciplinary result has the effect of both enhancing the level of innovation and broadening the audience for the work. U.N.