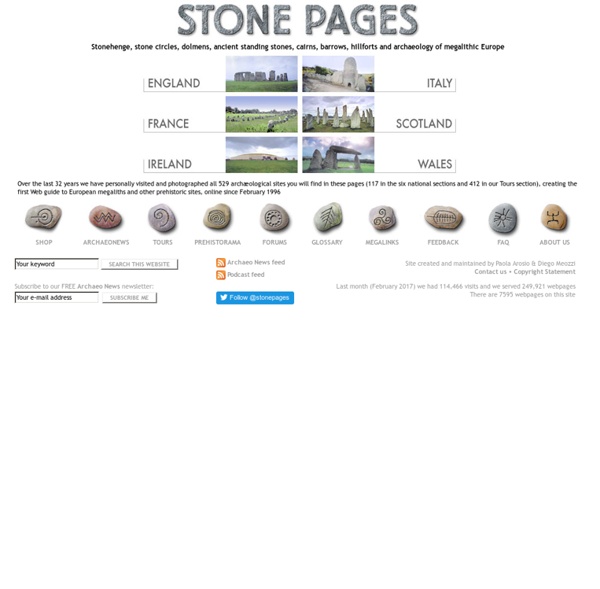 Directory of Journals Welcome to the AHA's Directory of History Journals. This database provides helpful links to peer-reviewed English-language journals that publish in all fields of history. Just choose a subject category from the list below and the journal's description and submission information are a mouse-click away. Scientific Curiosity Captured in Photos Caleb Charland is a Maine-based photographer who combines a love of scientific experiments and photographs into wonderful and amazing photographs. If Isaac Newton or Benjamin Franklin were into photography, their photographs might look something like these: “Wooden Box with Horseshoe Magnet” “Atomic Model” “Demonstration with Hair Dryer and Aluminum Foil”

Timelines This British Library timeline allows you to explore collection items chronologically, from medieval times to the present day. It includes a diverse combination of texts: those that allow glimpses of everyday life (handbills, posters, letters, diaries), remnants of political events (charters, speeches, campaign leaflets), and the writings of some of our best known historical and literary figures. Launch the interactive Flash timeline above, or explore each of the historical sources in the centuries below.

Items for Sale Most items throughout the web site can be closely replicated for you. In addition, I will post items I make specifically to sell, as I make them. Check back occasionally for updates. Please feel free to contact me by email (the link is on the bottom of the first page), snail mail, or telephone. Stonehenge bluestones had acoustic properties, study shows 3 March 2014Last updated at 18:11 GMT A study has discovered that rocks in the Preseli Hills, the source of some the stones at Stonehenge, have a sonic property The giant bluestones of Stonehenge may have been chosen because of their acoustic properties, claim researchers. A study shows rocks in the Preseli Hills, the Pembrokeshire source of part of the monument, have a sonic property.

Slicers, Scimitars and Choppers Ok, I'll admit it. Lumping Scimitars and Falchions (and Messers) in with Sabers together in one category like this is a bit of a stretch... After all they come from very different time periods, were used in very different periods (two were cavalry swords, eastern and western, the others an oversized butchers knife of a peasant conscript) - but the medieval Falchion, Middle Eastern Scimitar and the early modern Saber all have one thing in common. They are exceptionally good at slicing and chopping things into pieces! In this article, we will be taking a brief look at all of these blades - from the battlefield huge cleaver knife of the conscripted peasantry - used with about the same grace as one would use an axe (and with a similar effect) to the noble swords of cavalries, both Eastern and Western that would ride in on horseback and 'cleave a man in twain' to put it quaintly.

Albert Einstein at the IISH Seventy-five years of systematic collection by the IISH does not only mean bringing together all kinds of collections from individuals and institutions who are important to social history, but also leads to a 'condensing' of documents from people whose own archives have not ended up at the Institute. Albert Einstein's (1879-1955) letters offer a good example of this process. On the occasion of the new president of the Royal Netherlands Academy of Arts and Sciences (KNAW) Robbert Dijkgraaf's introductory visit to the IISH (7 July 2008), we explored the possibility of exhibiting several of Einstein's letters. After all, Dijkgraaf is a renowned physicist and Einstein was once a foreign member of the KNAW. To our own surprise, a rummage through various archives did not only yield dozens of letters and manifests, but also a lecture with discussion, an unpublished preface, and various visual artefacts.

The American Revolution American Indians and the American Revolution by Collin G. Calloway The Declaration of Independence accused King George III of unleashing "merciless Indian Savages" against innocent men, women, and children. The image of ferocious warriors propelled into action by a tyrannical monarch fixed in memory and imagination the Indians' role in the Revolution and justified their subsequent treatment. But many Indian nations tried to stay out of the conflict, some sided with the Americans, and those who fought with the British were not the king's pawns: they allied with the Crown as the best hope of protecting their homelands from the encroachments of American colonists and land speculators.

The Williams Enigmalith Leonardo VintiniEpoch Times Staff Created: March 30, 2009 Last Updated: June 19, 2012 A stone embedded with a three-pronged plug could be either evidence for a technologically advanced ancient civilization or a hoax. (Courtesy of John J.