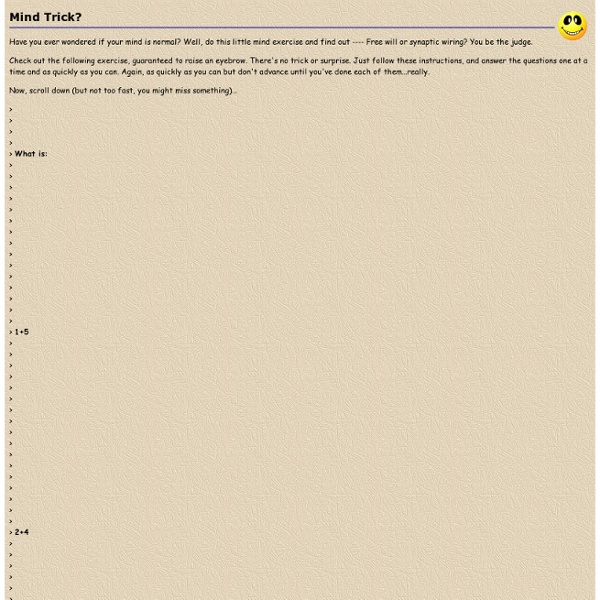 10 of the Greatest Unsolved Mysteries The last hundred years have borne witness to humankind’s extraordinary technological advancements. Man has walked on the moon, ventured deeper into the oceans than ever before and even uncovered the building blocks of life, DNA. But even with our inexorable progress as a species there are still mysteries and enigmas the solutions to which elude us. Below is a selection of 10 of the most puzzling mysteries in history. 10) The SS Ourang Medan In June 1947, a chilling SOS message was picked up: “All officers including captain are dead lying in chartroom and bridge. It was picked up by nearby ships and listening posts, who identified the vessel as the Dutch freighter SS Ourang Medan and located it within the Strait of Malacca that separates Indonesia from Malaysia. The decision was made to tow the mysterious ship back to port, but before they could get underway, smoke began emanating from the decks below. 9) The Aluminum Wedge of Aiud 8) Dulce Base 7) BEKs One man did let the children in.

Reusable Sticky Tape Could Hold Up Your TV For years scientists have tried to make strong, reusable adhesives by mimicking the microscopic hair-like structures on gecko toes that give the lizard its climbing ability. But those structures are hard to make, limiting the adhesives’ size to a few centimeters. Now researchers from the University of Massachusetts, Amherst, have come up with a different gecko-inspired structure that works even better. They have created a reusable adhesive fabric that can be easily and cheaply made tens of centimeters wide and is three times stronger than gecko feet. Hand-sized patches of the material cling to smooth glass even while holding 300 kilograms of weight, the researchers report in the journal Advanced Materials. This is much more than any other reversible adhesive can hold, they say. A good adhesive needs two conflicting traits, says Ali Dhinojwala, a professor of polymer science at the University of Akron in Ohio. The UMass researchers have taken a simpler approach.

Japanese IQ Test How to Clean Up Your Digital Music Collection Last Updated: 4/04/2014 12:31 PST Music is such an important part of most people's lives, and the advent of the Internet and iTunes has really changed the way we interact with our music. Whether we’re in the car, at the gym, or relaxing after a hard day of work, music can work magic. Today, it’s not uncommon to have thousands of songs on your music playlist. Today’s digital players offer a wealth of ways to store and organize music, but if you’re not careful, it can quickly become a nightmare. If this describes you, then you may be interested in a great new plug-in service called TuneUp that’s coming to the rescue of millions of music lovers. TuneUp was created in 2007 by a music lover who was fed up with his own disorderly music library. The app is incredibly easy to use, with one-click access to simple tools that get the job done. How it Works The first step is to CLEAN up your tracks that contain unknown artists, misspellings, and other irregularities with your album.

The Monkey's Paw - Castle of Spirits.com WITHOUT, the night was cold and wet, but in the small parlor of Lakesnam Villa the blinds were drawn and the fire burned brightly. Father and son were at chess, the former, who possessed ideas about the game involving radical changes, putting his king into such sharp and unnecessary perils that it even provoked comment from the white-haired old lady knitting placidly by the fire. "Hark at the wind," said Mr. "I'm listening," said the latter, grimly surveying the board as he stretched out his hand. "I should hardly think that he'd come to-night," said his father, with his hand poised over the board. "Mate," replied the son. "That's the worst of living so far out," bawled Mr. "Never mind, dear," said his wife, soothingly; "perhaps you'll win the next one." Mr. "There he is," said Herbert White, as the gate banged to loudly and heavy footsteps came towards the door. The old man rose with hospitable haste, and opening the door, was heard condoling with the new arrival. "Monkey's paw?" Mr. Mr.

How To Build A Fireball You Can Hold Video The Rubik's Cube Solution How to Solve the Rubik's Cube in Seven Steps The world's most famous puzzle, simultaneously beloved and despised for it's beautiful simple complexity, the Rubiks Cube has been frustrating gamers since Erno Rubik invented it back in 1974. Over the years many brave gamers have whole-heartedly taken up the challenge to restore a mixed Rubik's cube to it's colorful and perfect original configuration, only to find the solution lingering just out of their grasp time and time again. After spending hours and days twisting and turning the vaunted cube in vain, many resorted to removing and replacing the multi-colored facelets of the cube in a dastardly attempt to cheat the seemingly infallible logic of the cube, while others simply tossed it to the side and dubbed it impossible. The Rubik's cube, it seemed, had defeated all. Humanity required a solution, so intelligent gamers went to work to take down the so-called "frustration cube". Rubiks Cube Terminology and Move Notation Left Right Dedmore H

Strip Chess The Official Rules of Strip Chess v1.1 by Ceribia with input from Keri Contents 1. Disclaimer 2. Basic System 3. Rules for Spectators 4. Special Conditions 1. Disclaimer We the creators of The Official Rules of Strip Chess are in no way responsible for any thing you do with this file or its contents. 10 Men Who Claim to Have Traveled Through Time Space travel is so played out. Sorry to rain on your parade, NASA, but we need to start pushing into the fourth dimension. Time travel has been a dream of many for centuries, but as of yet we have no idea how to punch through the stranglehold of chronology. Andrew Basiago One of the most common time travel theories is that the United States government has been trying to pull it off for a long time under a number of black ops programs.

Mountain of the Dead: The Dyatlov Pass Incident One of the most bizarre, not to mention flat out terrifying, mysteries of the modern age concerns the enigmatic deaths of nine Russian mountaineers whose cross-country skiing trip ended in a tragedy so ghastly and perplexing that it has mystified experts for over half a century. Excursions into nature can be serene for some and exhilarating for others, but for an unfortunate few these sojourns into the untouched wilds of our world can be tragic. Still other such journeys into the unknown end in such unfathomably frightening circumstances that they become the stuff of legend. The proof of this tragedy exists not only in the plethora of photographs that have been preserved, but also in the extensive records (many of which are still allegedly classified) of the Soviet military who investigated the odd case and were manifestly unable to reach any definitive conclusions despite an overwhelming amount of physical evidence. The date was January 28, 1959.

Touch Screen LCD Watch Design: Dual Time, Date, Alarm and Back Light. Kisai Rogue Touch. Complex in appearance yet simple in practice, Kisai Rogue Touch brings Touch Screen Technology to a watch along with a host of other features. Its hybrid LCD/LED display gives you the best of both worlds: no need to press a button, but will light up on demand. With an ever present LCD display in a choice of four colors, the time in two time zones can be read at a glance but can also be illuminated with bright LEDs with a touch. The watch boasts two time zones, seconds, date, alarm, an animation feature, LED light, audio feedback (beep when touched) & of course touch screen operation. The touch screen display has 4 hot-zones (top, bottom, left, right) that you simply touch with your finger to change modes; time, alarm, date, light up. Holding your finger in place for a few seconds will allow you to customise; hold your finger over the alarm zone to begin setting the alarm, hold it over the time zone to set the time. The touch screen has a lock function to prevent accidental input.