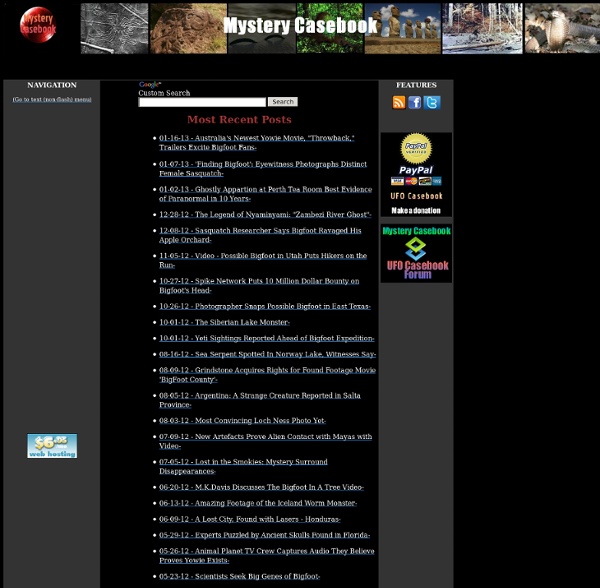 Paranormal Zone X Amityville: The True Story In December 1975, George and Kathleen Lutz and their three children moved into 112 Ocean Avenue, a large Dutch Colonial house in Amityville. This was a suburban neighborhood which was located on the south shore of Long Island, New York. Thirteen months before the Lutzes moved in, Ronald DeFeo, Jr. had shot and killed six members of his own family at the house. After 28 days, the Lutzes left the house, claiming to have been terrorized by paranormal spirits and poltergeist activity while living there. The Jersey Devil The Jersey Devil, the supposed mythical creature of the New Jersey Pinelands, has haunted New Jersey and the surrounding areas for the past 260 years. This entity has been seen by over 2,000 witnesses over this period. It has terrorized towns and caused factories and schools to close down, yet many people believe that the Jersey Devil is a legend, a mythical beast, that originated from the folklore of the New Jersey Pine Barrens. Others disagree with this point of view. The following text will show there is evidence to support the existence of an animal or supernatural bring known as the Jersey Devil.

The British Columbia Scientific Cryptozoology Club British Columbia has been a fertile location for sightings of a bipedal hirsute hominid known colloquially as sasquatch. The name "sasquatch" was coined by J.W. Burns,an American schoolteacher living in BC, and is derived from a Chehalis word meaning wild man. Burns showed a tremendous interest in sasquatch starting from the 1920's, but he was not alone in his pursuit of date and information regarding this animal. Lair of Ancient 'Kraken' Sea Monster Possibly Discovered This article was updated on Oct. 11 at 10:42 a.m. ET A giant sea monster, the likes of the mythological kraken, may have swum Earth's ancient oceans, snagging what was thought to be the sea's top predators — school bus-size ichthyosaurs with fearsome teeth. The kraken, which would've been nearly 100 feet (30 meters) long, or twice the size of the colossal squid, Mesonychoteuthis, likely drowned or broke the necks of the ichthyosaurs before dragging the corpses to its lair, akin to an octopus's midden, according to study researcher Mark McMenamin, a paleontologist at Mount Holyoke College in Massachusetts.

UNEXPLAINED PHENOMENA - The Alternative Top Ten Over the past decades the designs have become increasingly complex and still remain a mystery as to their origin. Clearly some of the formations are man-made but experts are quick to point out that it is fairly easy to identify these as their construction is often very basic and there is usually evidence of human activity ranging from footprints to vehicle tracks. However, a great many of the formations simply seem to appear as if from out of nowhere - often during the night but occasionally during broad daylight. Bigfoot Story: "Cowman of Copalis Beach, Washington" My dad worked in the timber industry his whole life. His father was a logger, and he grew up in and around the woods. My dad started his own logging company when he was eighteen, and has owned and operated shake and shingle mills from Oregon clear up to Thorn Bay, Alaska.

Yeti 'Nests' Found in Russia? Bigfoot researcher and biologist John Bindernagel claims his research group has found evidence that the Yeti (a Russian "cousin" of the American Bigfoot) not only exists, but builds nests and shelters by twisting tree branches together. "We didn't feel like the trees we saw in Siberia had been done by a man or another mammal.... Twisted trees like this have also been observed in North America and they could fit with the theory that Bigfoot makes nests.

History's Most Overlooked Mysteries Tuan C. Nguyen | July 25, 2007 10:23am ET Credit: Photographed by Aurel Stein, circa 1910 Although many of life's great mysteries remain unsolved, there are some lesser known ones that also have stumped researchers for centuries. NESRA - North East Sasquatch Researchers Association NESRA is an association of independent Bigfoot researchers and affiliated organizations who share strategies, theories, experiences and resources in a network, in hopes of discovering solid, scientific proof for the existence of the creatures known as Bigfoot or Sasquatch. While we encourage independent thought among our members, we want to stress that as a group, we do not subscribe to the idea that Bigfoot is anything other than a "flesh-and-blood", corporeal animal. Bigfoot or Sasquatch-type creatures may be rare, elusive and unusual, but they are in no way supernatural.

textorizer Textorizer allows you to make pictures formed with text. It is best described by the sample images below. Although there are many versions around, the only one that is continuing to supported is this one. Excoffizer takes a picture and produces a vector rendition of the picture, made of parallel lines of varying thickness. List of cryptids The following is a list of cryptids, animals and plants studied under the field of cryptozoology. Their presumptive existence has often been derived from anecdotal or other evidence considered insufficient by mainstream science. The status of cryptids on this list falls into six categories: Unconfirmed – cryptids whose existence is alleged but not demonstrated.Disputed – cryptids that have a body of evidence against their existence.Proposed [animal name] – cryptids with an alternative explanation accepted by the general scientific community.Extinct – animals that are generally believed to be extinct, but which cryptozoologists believe may have an extant relict population.Confirmed [animal name or cause] – animals once classified as cryptids but whose existence has now been confirmed.Hoax – cryptids once thought to be real but later conclusively proven to be hoaxes. Cryptids[edit]

The Ultimate Directory Of Free Image Sources So, you need an image for your blog? We’ve spent some time categorizing our favorite sources for free images and organizing them in such a way as to help you find what you’re looking for. Here are the criteria we’ve examined: